Pottsville officials have a new tool to help them clean up their city. Changes to a local ordinance mean a crackdown on blighted buildings. 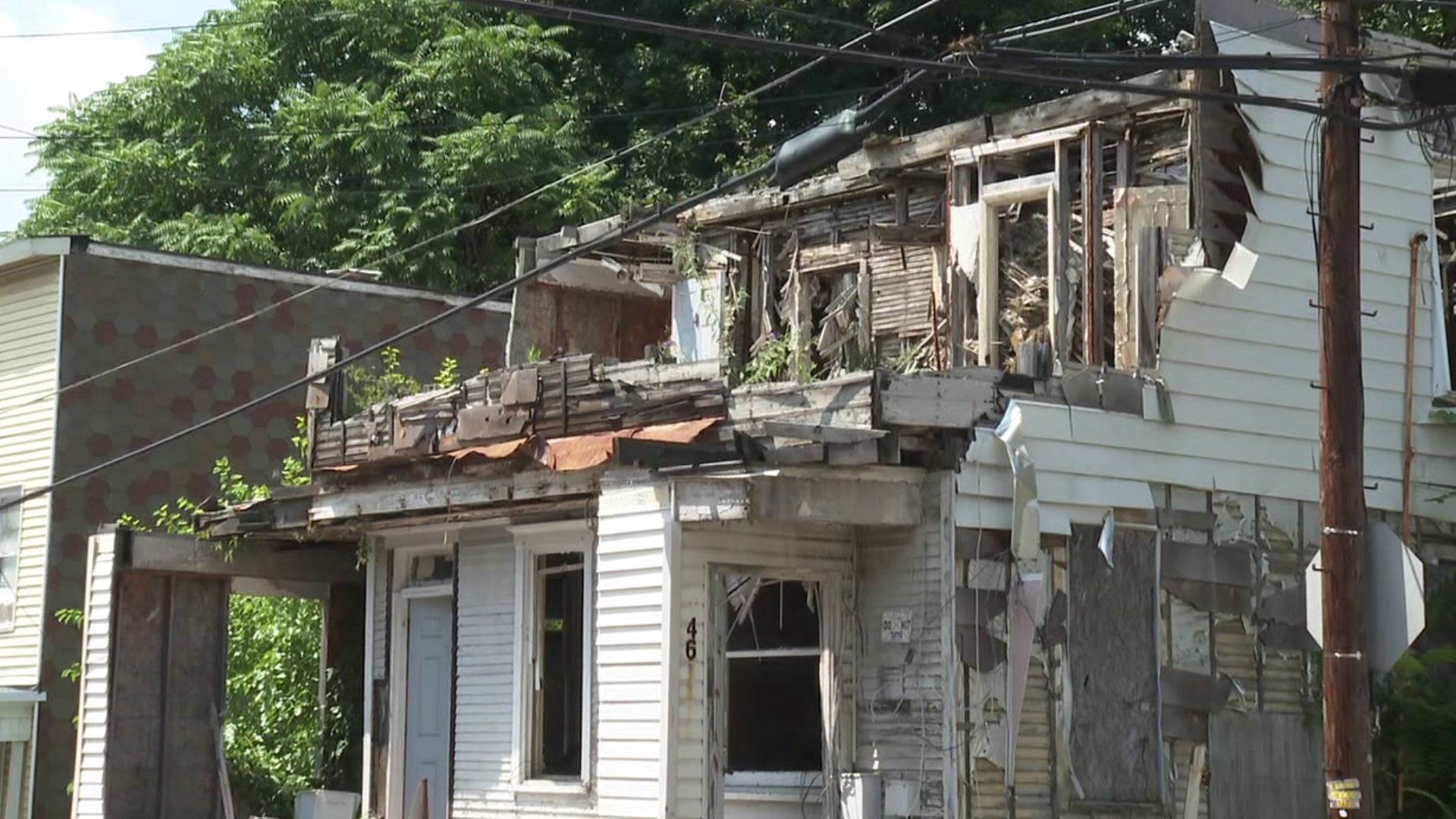 POTTSVILLE, Pa. — Blight plagues the city of Pottsville with both homes and commercial buildings in disrepair.

"Oftentimes, commercial buildings can be a bigger problem because they're bigger parts of our downtown, bigger parts of our communities, and up until now, we haven't really had an efficient way to handle that particular problem," said city administrator Tom Palamar.

Before this week, officials have only been able to address residential blight under their nuisance ordinance, but now they can cite property owners for neglecting commercial spaces, too.

"In 180 days, so in a six-month period, if we have three or more issues with a building, we can then invoke our nuisance ordinance against that property owner," Palamar explained.

City officials say they'll be lenient with property owners at first, giving them extra time and support if they make an effort to comply. But for those who refuse to cooperate, three strikes and you could be out a lot of cash.

Citations issued ahead of this week do not count against a property owner. The change took effect after Monday's city council meeting.

"Blight and neglect are problems the entire community suffers from, you know? Properties become less valuable, people find it more impossible to repair buildings from the neglect that surrounds them."

Palamar says there are buildings on the city's radar, and he's hoping the ordinance will convince property owners to clean things up over the next six months.