PORT CARBON, Pa. — Mill Creek in Port Carbon overflowed Monday and that made quite a mess in the downtown area. Borough officials say more than 200 homes ... 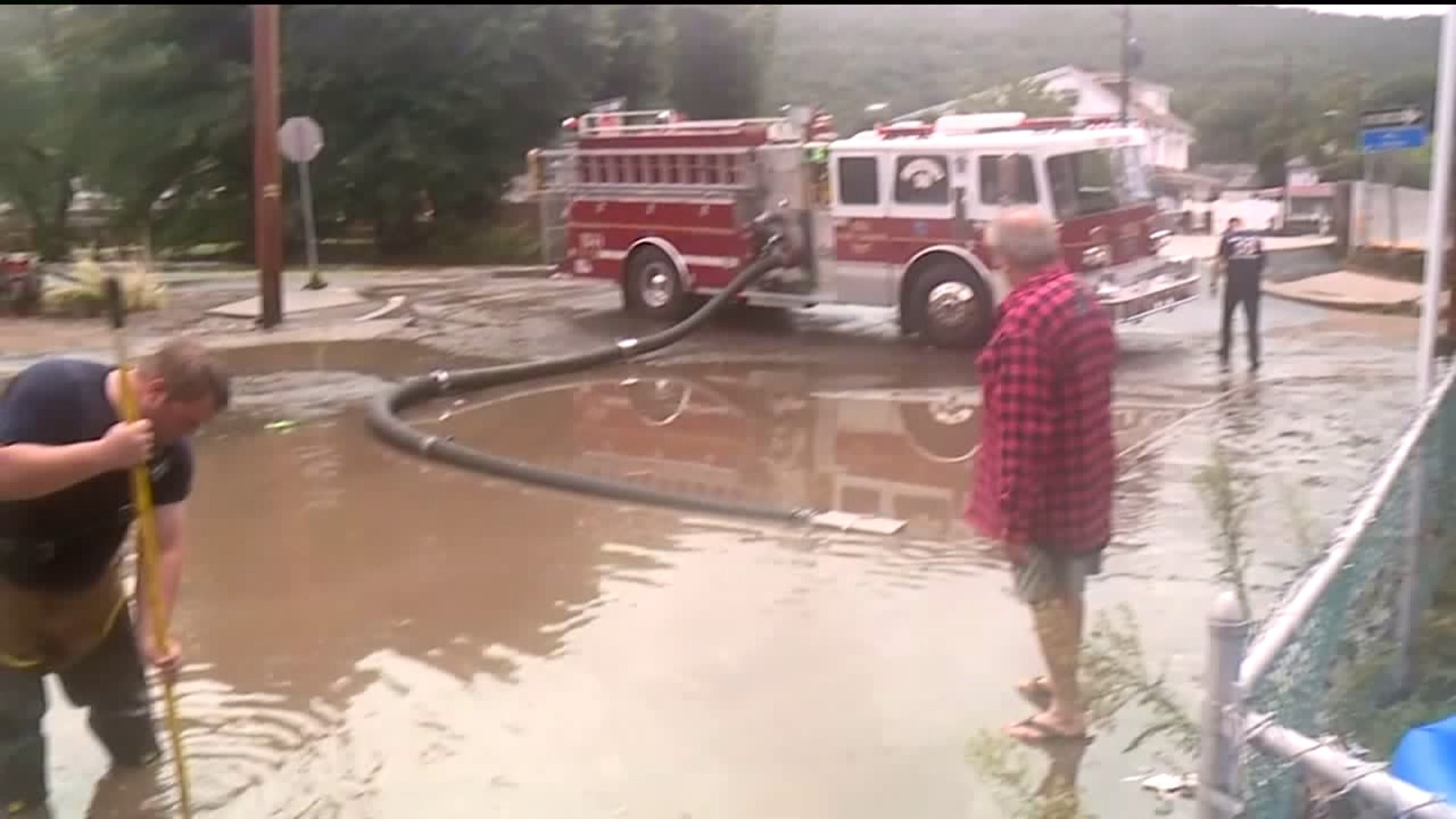 PORT CARBON, Pa. -- Mill Creek in Port Carbon overflowed Monday and that made quite a mess in the downtown area.

Borough officials say more than 200 homes have flooding. Most of the damage we saw was in the basement, but some homes have water to the first floor.

People are pumping water out of their homes in Port Carbon after heavy rain caused flooding in this part of Schuylkill County.

"This is probably one of the biggest ones I have seen. We were out here this morning and we were up to our waist in water. It came over, you can see the water line up there," Chaklos said.

Scott Krater is the head of emergency management in Port Carbon. He says once the rain started, flooding didn't take long.

Shelters have been set up for those who were forced out of their homes.

"We have some evacuees at borough hall and Red Cross is coming in, Salvation Army has been in and we are getting them food and seeing about accommodations, and basically, we go door to door and see what we can find," Krater explained.

County officials say more than 200 homes have flooding damage. Most of these homes have water in the basement but in some, water reached the first floor.

"It came up to the first floor. It's a mess. Yeah, it's going to be a long cleanup," Pat Thomas said.

Joshua Keller says his vehicles were destroyed by the flooding. His house is also damaged.

"Honestly, it looked like a river all the way to the back of my house. The back of the house, you can actually see a line on how far it went by the windows there. Our back room here was filled with water," Keller said. 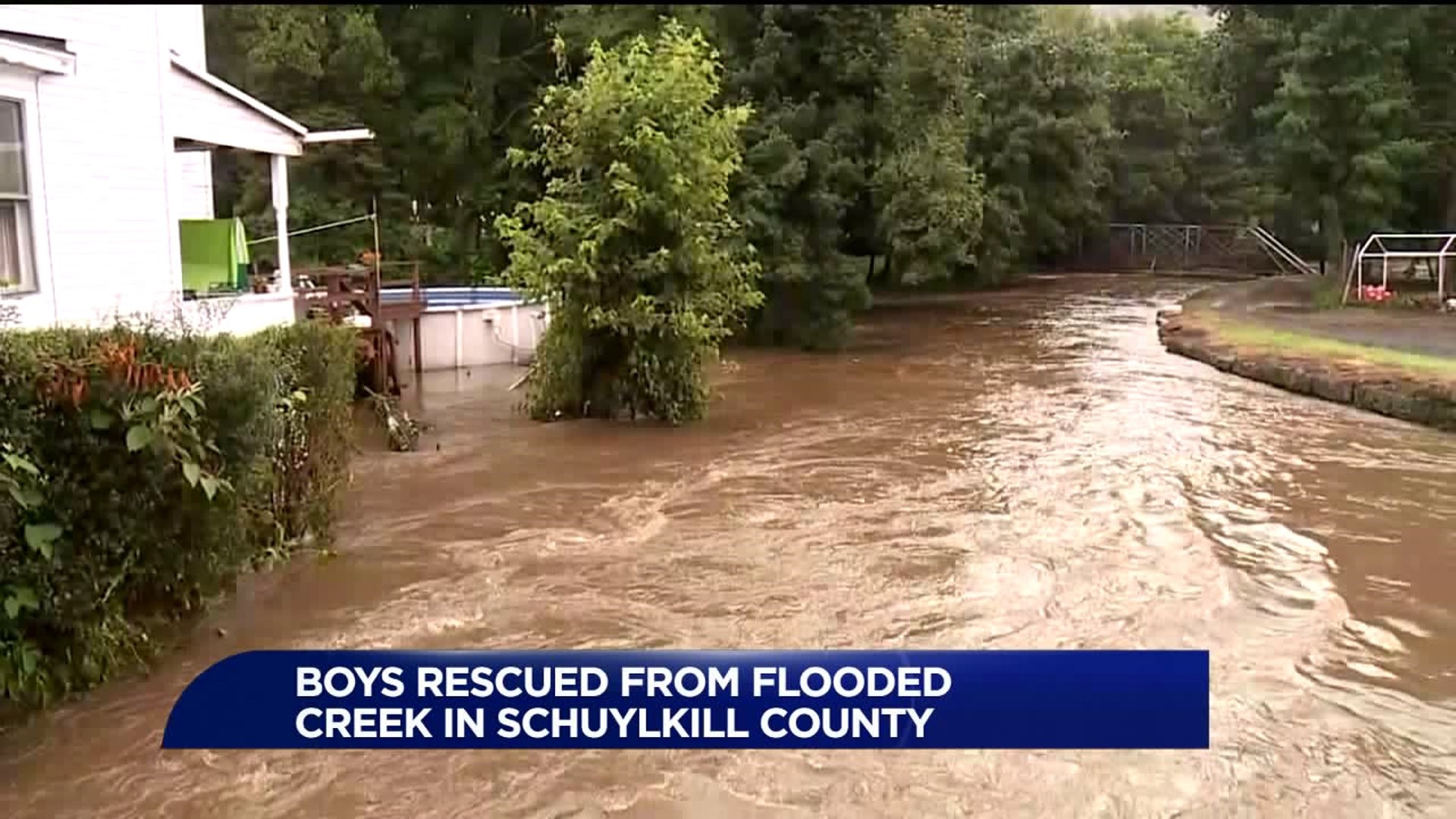 A water rescue during the heavy rain also kept emergency crews busy this morning after two boys fell into Mill Creek while trying to grab a football.

"From behind us, we heard someone screaming, 'Help me! Help me!' We turned around and came over this side of the bridge and there was two younger kids like drowning in the water and an adult was following behind them but he couldn't catch up to them because the water was so heavy," McNulty said.

Borough officials say the boys fell into the water near the post office while chasing after a football.

Both were taken to the hospital but are expected to be OK.

"They were very fortunate. A gentleman jumped in after them and he went under as well, but they were able to get them out," Krater said.

"That boy, the little boy just struggled to stay up. He went under the bridge and he didn't come out on the other side right away either," Barry Schwenk said. "About 30 second it took him to get out onto the other side."

"I was tearing up a little bit because it's scary and in my eyes I was like if I don't grab this kid, I don't know what is going to happen. I wasn't even thinking about me, I was just trying to get him out," McNulty said.