Weathering the storm in Schuylkill County

Parts of Schuylkill County that got hit hard back in June were on alert as the remnants of Tropical Storm Isaias hit our area. 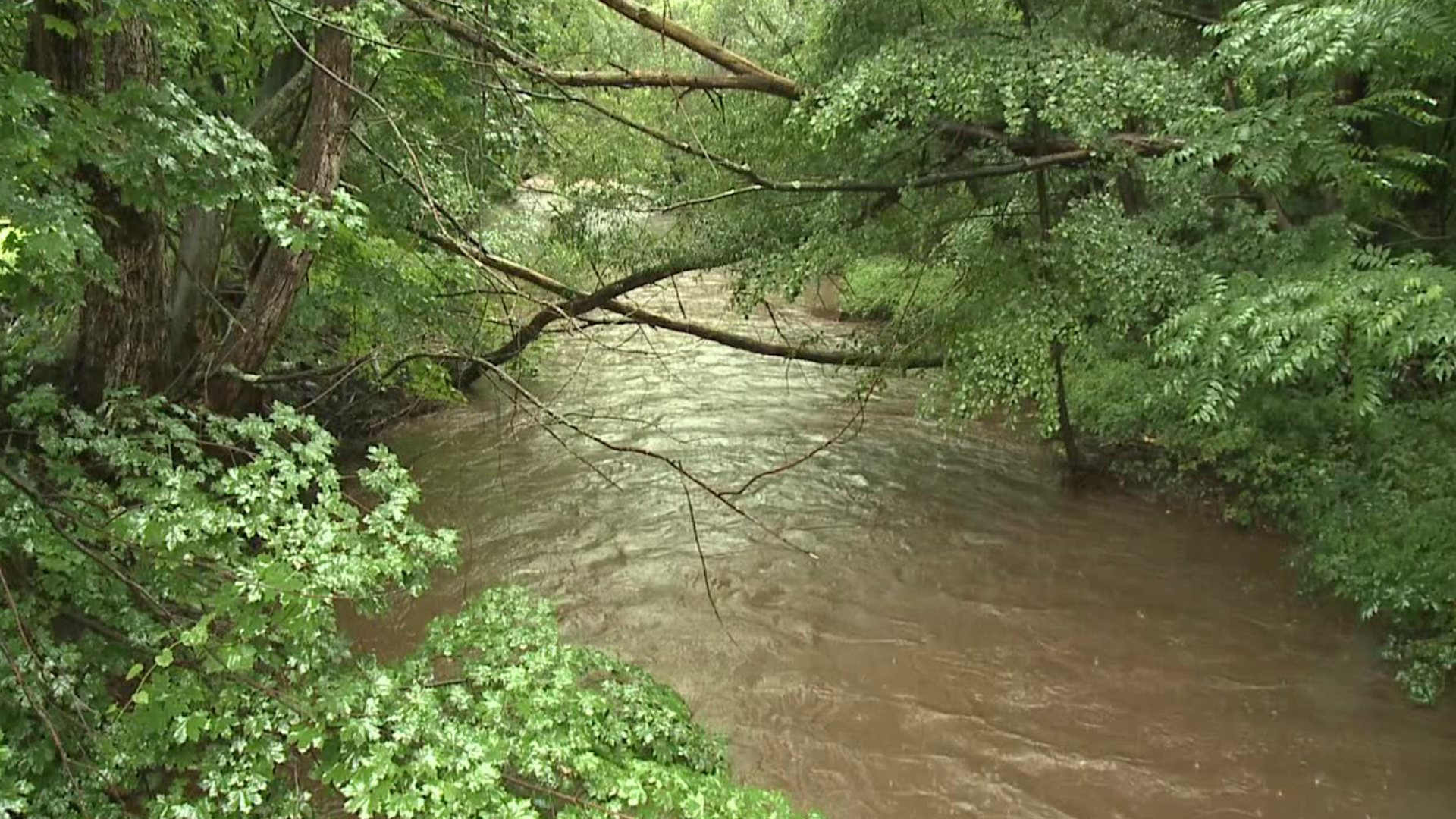 PORT CARBON, Pa. — People who live near Mill Creek In Port Carbon worry when heavy rain is expected. This day was no different for many communities in Schuylkill County.

The rain was steady in Girardville around noon, and Mahanoy Creek was moving quickly.

For some, the rain was a welcome sight.

"It's different than the heat, that's for sure. The heat was very bad, very bad, very muggy, and it's bad for people who have breathing problems," Roseanne Deeter said.

We spoke with some people who were out driving when the storm was moving through this part of Schuylkill County.

"It was nice. No water on the road. It was raining, but it was OK," said Jack Dando of Girardville.

Gregory Grebush and his wife Paula came from Mount Carmel and felt differently about the road conditions from the rain.

"They were shaky," said Grebush. "You had to be very careful, otherwise you're going to hydroplane if you're doing 65 mph. Very carefully, you have to drive."

Fears of repeat flooding were high for neighbors who live in Gilberton. The borough set up water pumps that were buzzing all day, pumping water away from those homes. Frank Blozowskie came to check on his sister's house to make sure it was staying dry.

"It makes me feel a little better. So far, it's doing pretty good. They're hanging in there."

The amount of rain that hit Schuylkill County wasn't nearly as bad as it was back in June when part of Gilberton was completely underwater.

"I'm worried about that. Now I worry about it all the time when it rains. Actually, I didn't even go to work today because I didn't want to be at work worrying about this," Margaret Arbushites said.

Arbushites spent most of the morning watching out her back door and listening to the pumps that were keeping the water moving away from her house. She is still trying to recover from the flooding in June when they had to have to leave their homes because of floodwaters.

Port Carbon has Mill Creek to worry about. The Goodwill Fire Department volunteer firefighters were standing by all morning in case the water came over the banks.

"We cleared some brush last night out of the creek just to be sure, but it all worked out for us this time," said Goodwill Fire Company Lt. Greg Schuettler.

Frederick Ebert lives on Canal Street, and Mill Creek runs right in front of his house. He's lived here through several floods and was happy that the rains weren't heavy enough to breach the banks of the creek.

"It's a big plus. I mean, the nicest thing about the creek is you get to see the ducks but other than that when I say I have waterfront property for sale, I've got a raft, two life vests, and two oars that come with the house, no charge."

Many neighbors say out of habit from previous storms they've spent the day keeping an eye on the creek levels.