POTTSVILLE, Pa. — A woman in Schuylkill County is facing theft charges. Police say she ripped off a non-profit organization to the tune of nearly $100,000... 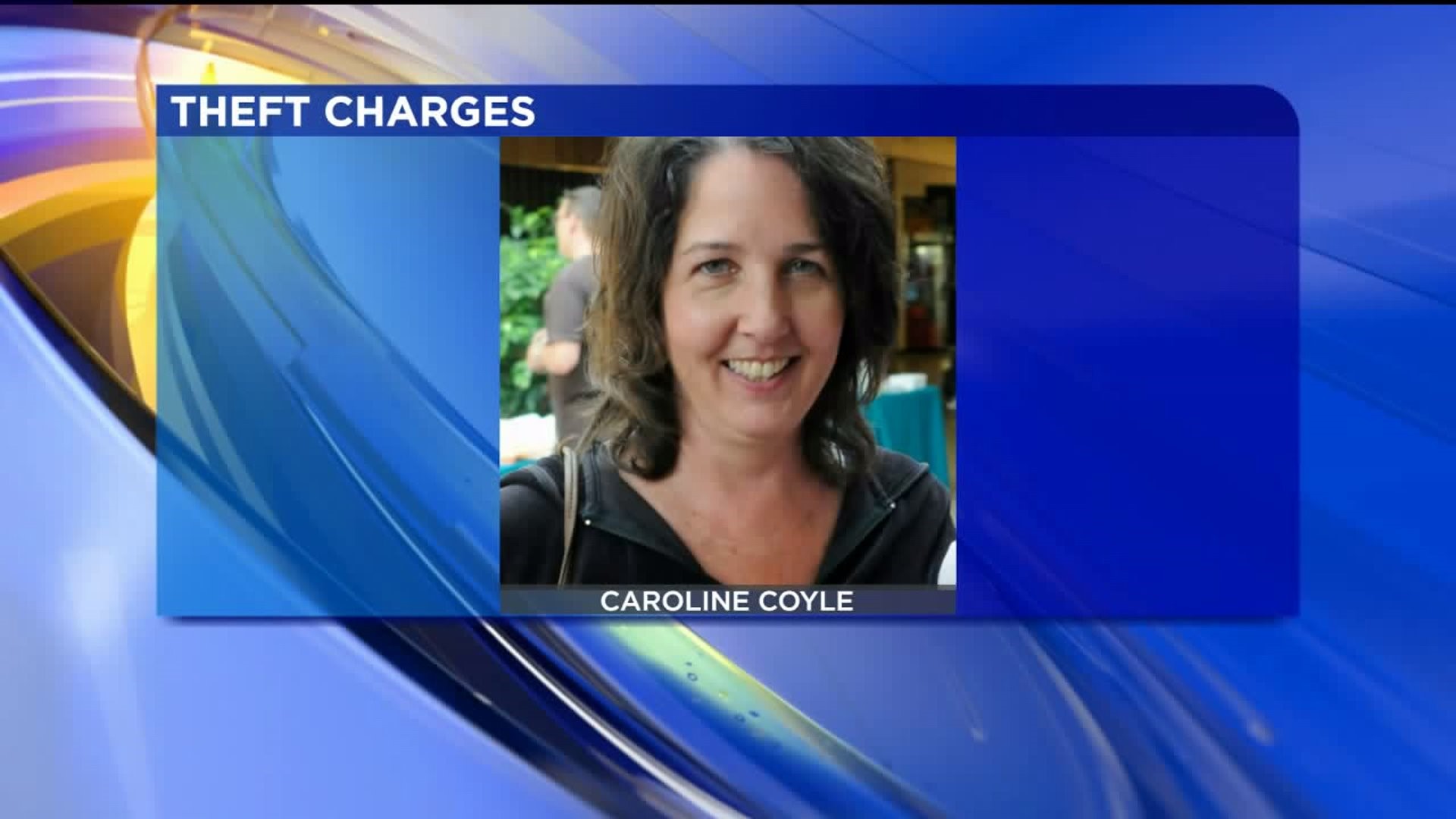 Police say she ripped off a non-profit organization to the tune of nearly $100,000.

Caroline Coyle is accused of writing checks to herself from the bank account of the Schuylkill County Council for the Arts for years.

The Majestic Theater is holding a performance of Macbeth here in Pottsville's downtown.

This comes as the theater`s executive director, Lisa Gillespie, was recently named as acting administrator of the Schuylkill County Council for the Arts or SCCA.

Police say the non-profit organization is a victim of theft of nearly $100,000.

Pottsville police say Caroline Coyle, the daughter of the former executive director of SCCA, wrote checks to herself from SCCA's checking account by forging her mother's signature and the signature of its former chairperson.

Actors in Macbeth say that money could have helped support local art.

“That is like 15, 20 years of shows because we scrape up what we can to pay the license and then it`s moms sewing customers, it`s dads taking ticket booths,” said actor Cassidy Rose Munley.

Court papers show police were contacted in February and found out that between January of 2014 and January of this year.

Police say Coyle was not an employee of SCCA but gained access to its account by helping her mother pay its bills.

“She wasn`t even an employee of them but somehow was able to gain access to, it just shocking,” said Chris Hohman, the owner of Something Sweet Candies, a store across the street from The Majestic.

According to court paperwork, when confronted with the missing money, Caroline Coyle said: “I'll pay it all back, I'll pay it back double”.

Newswatch 16 was able to get Lisa Gillespie on the phone who said SCCA would be fine and is working through this situation.

“An organization, when this happens, they`ve kind of put themselves in that position, there's a lot of money moving around and you would think that you would be checking this out,” said Mildred Kennedy, the owner of Momma Millies Bakery.

In a statement from SCCA it said:

“is in the process of reorganizing. The board has taken appropriate steps to reinforce financial controls and is undertaking a complete assessment of its financial condition.”