GILBERTON — The chief of a police department in Schuylkill County has posted a video on YouTube laced with vulgar language. The video has shocked many who... 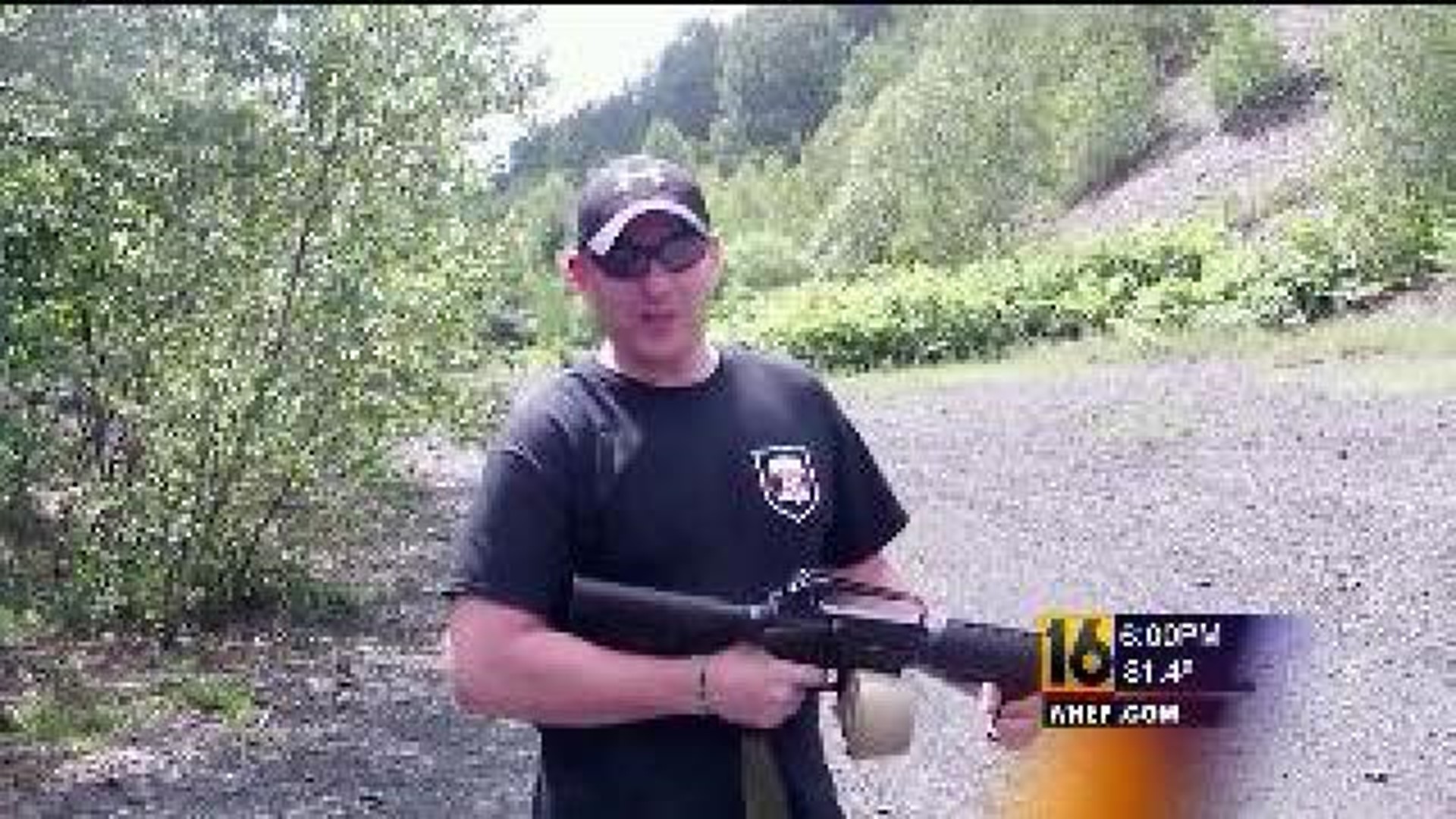 GILBERTON -- The chief of a police department in Schuylkill County has posted a video on YouTube laced with vulgar language. The video has shocked many who have seen it, but the chief says he did it to prove a point.

Gilberton Police Chief Mark Kessler is creating debate among some residents and the officials who run the borough.  Chief Kessler posted a video on YouTube.

It features the chief using profanity and firing automatic weapons.

We reached Chief Kessler by phone in Crawford, Texas where he is vacationing. He said he posted the images because he believes First and Second Amendment rights are being eroded.

"I have always been pro-gun and always will be in pro-gun and I don't have no apologies to make. I expressed myself and that's the way it is," said Kessler. "I chose to use profanity to get someone's attention in that video. To wake people up and say 'hey, if you don't stand up for your rights, you're going lose them.'"

The video is all over the internet and as you can imagine word in Gilberton is spreading fast.   We showed the video to several Gilberton residents.

"To have somebody that's supposed to be protecting us and to have and fire a weapon like that, I am just shocked," said Jean Franklin. "I am just dumbfounded!"

Randall Tyson believes the chief should be fired

"Who does he think he is to talk like that? On the air or anyplace else and to play with toys like that?" Tyson asked.

Kessler is also a member of the North Schuylkill School Board. The board president didn't want to talk about the video.

"It would be terribly inappropriate to comment on or restrict what our employees do on their free time," said Mayor Hannon.

Gilberton Borough Council is likely to bring up the video when it meets Thursday at 6 p.m.