GILBERTON – Tensions were high in Gilberton as supporters of Chief Mark Kessler showed up with guns and his opponents also promised a presence at Wednesday̵... 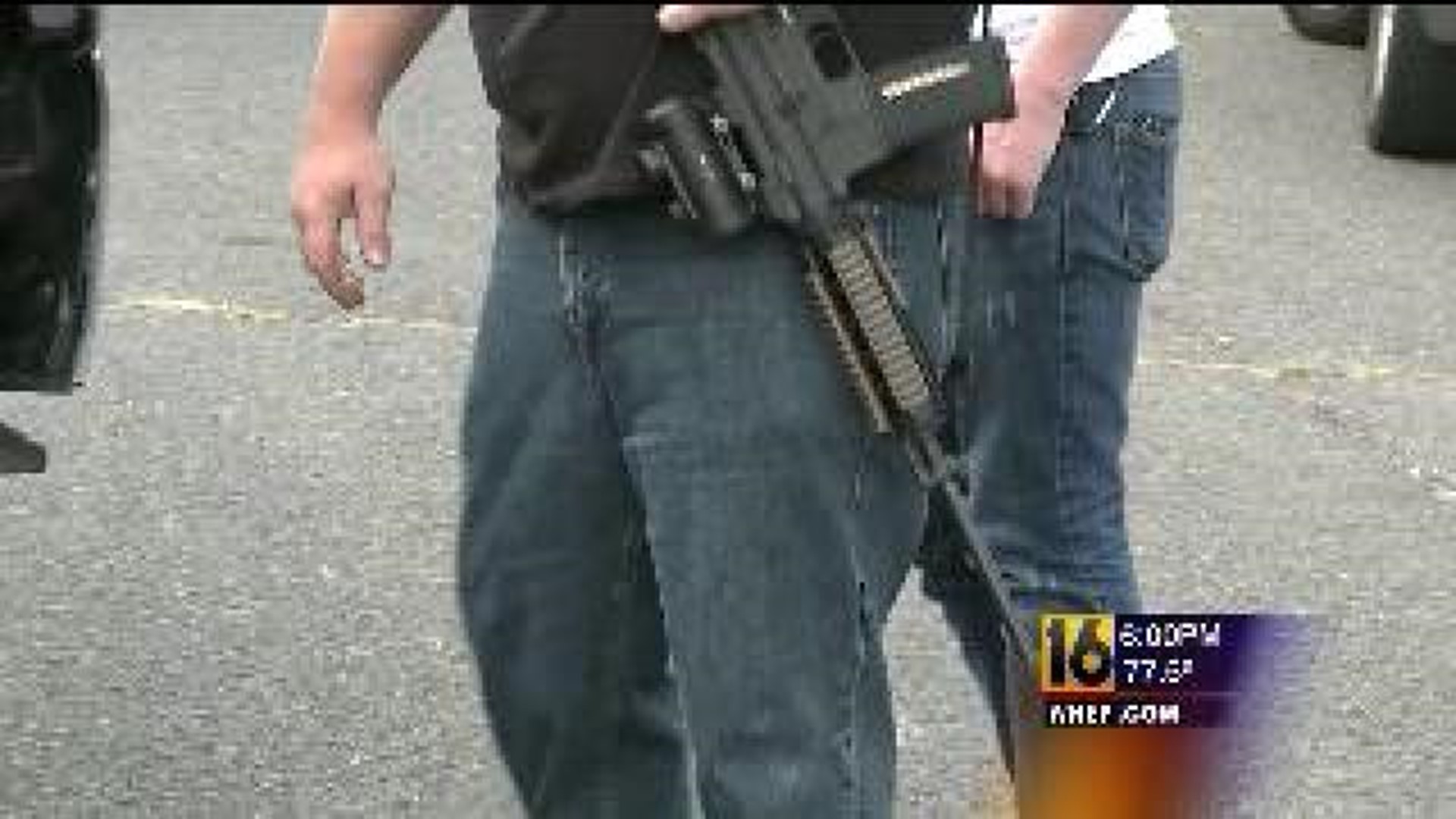 GILBERTON – Tensions were high in Gilberton as supporters of Chief Mark Kessler showed up with guns and his opponents also promised a presence at Wednesday's borough council meeting.

But Kessler’s YouTube rant, filled with profanity and him firing off guns is now causing others to question his service.

"I did receive a phone call from a representative of our insurance company. She did say to me that they were a little worried because he may be a liability," said Mayor Hannon.

The insurance company wants to know if Kessler will be fired or suspended at the Gilberton Borough Building. Hannon says it will be discussed in executive session.

Throughout the town, signs of support for the chief have been scattered across windshields. Ed Martofel has one right in front of his home.

"I think they blew it up a little bit, he does his job as a cop well, as the chief of police, and that's all that really matters," said Martofel.

While others who are supportive of the chief are admitting the online rant may have gone too far, but don’t believe it’s grounds for termination.

"What he did, I'm not going to say it was completely right, but I can't say it was wrong at the same time, there's different ways to go about things,” said Rick Lynn of Gilberton.

Kessler has also started a controversial Constitutional Security Force; anyone can sign up on his website here for a fee.

There are even t-shirts and other merchandise for sale at the site.

Gilberton’s Mayor says this site along with the YouTube video are totally separate from his job as chief and legal.

"Mark has a contract, with council, and there's nothing in his contract that says he couldn't make a YouTube video,” said Mayor Hannon.

Now Hannon and the other council members have a tough decision to make for the about 860 people who live in the borough.

"I am here to say I will do what's right by the borough residents here in Gilberton,” said Hannon.

At the meeting, borough council voted to suspend Mark Kessler for 30 days without pay.