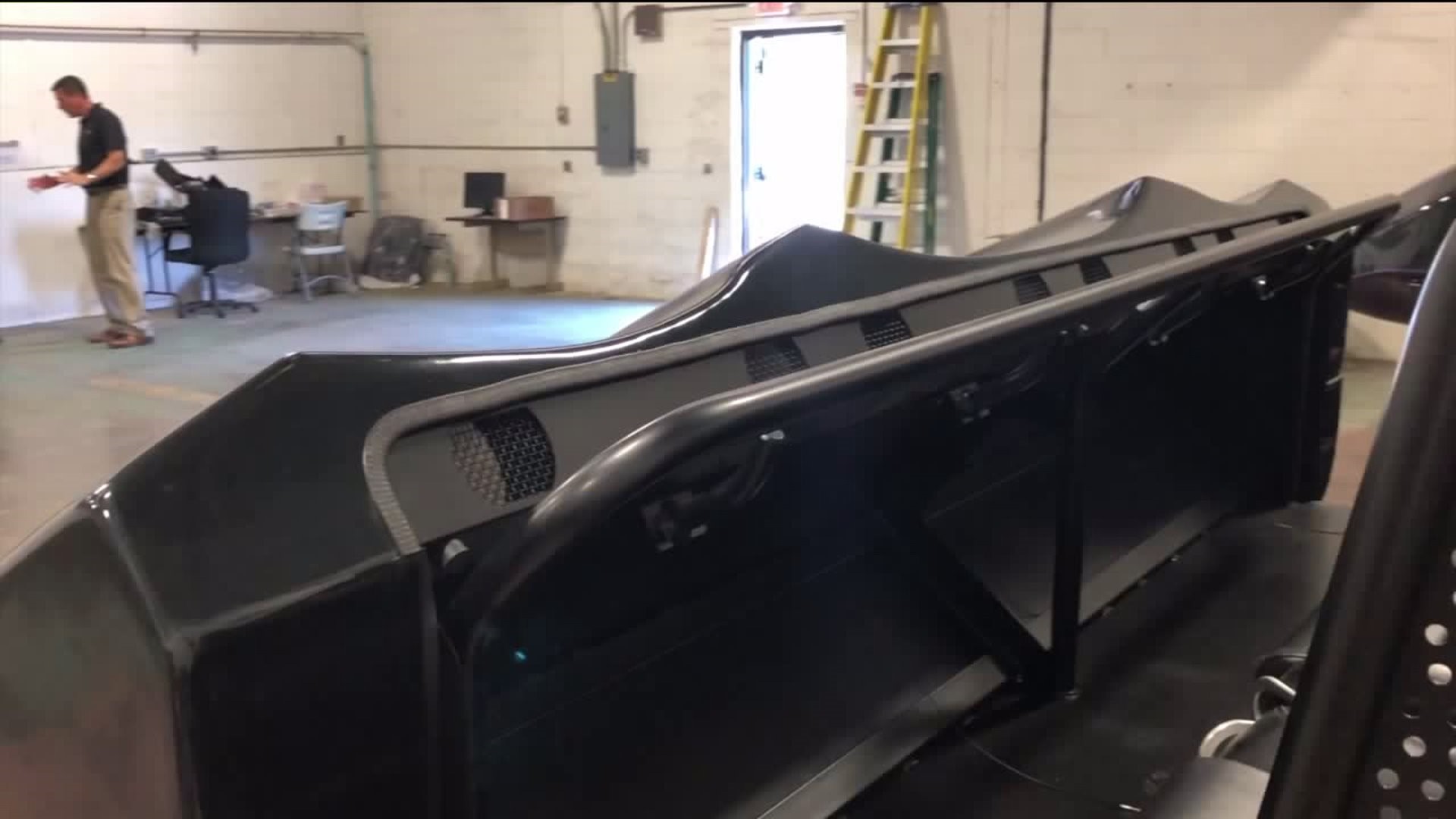 DELANO TOWNSHIP, Pa. -- The much-anticipated movie "Jurassic World: Fallen Kingdom" is set to hit theaters on Friday and a manufacturing company in Schuylkill County has ties to the franchise's fifth film.

"We've worked with some of the most elite parks and ride manufacturers in the world over the years, and then they realized that we were a good fit for a project like this and we were one of the only companies out there that was willing and able to put it all together in a short time frame and make sure we hit the deadlines," said Ashland Technologies CEO John Powers.

Ashland Technologies in Delano Township built and shipped out more than 100 of these platforms for a new Jurassic Park virtual reality experience at Dave & Buster's locations all across the country and there's still more being assembled.

Dave & Buster's is a restaurant chain full of games and entertainment.

"It is neat to be a part of something like that. I never was before. Everything I built, I never really got to see the end product until now. It's exciting to see everyone so excited about it," said Mike Reilley, assembly division manager.