The Tamaqua School Board has expelled an 11th-grade student for their actions involved in a hazing incident on November 4 inside the football house. 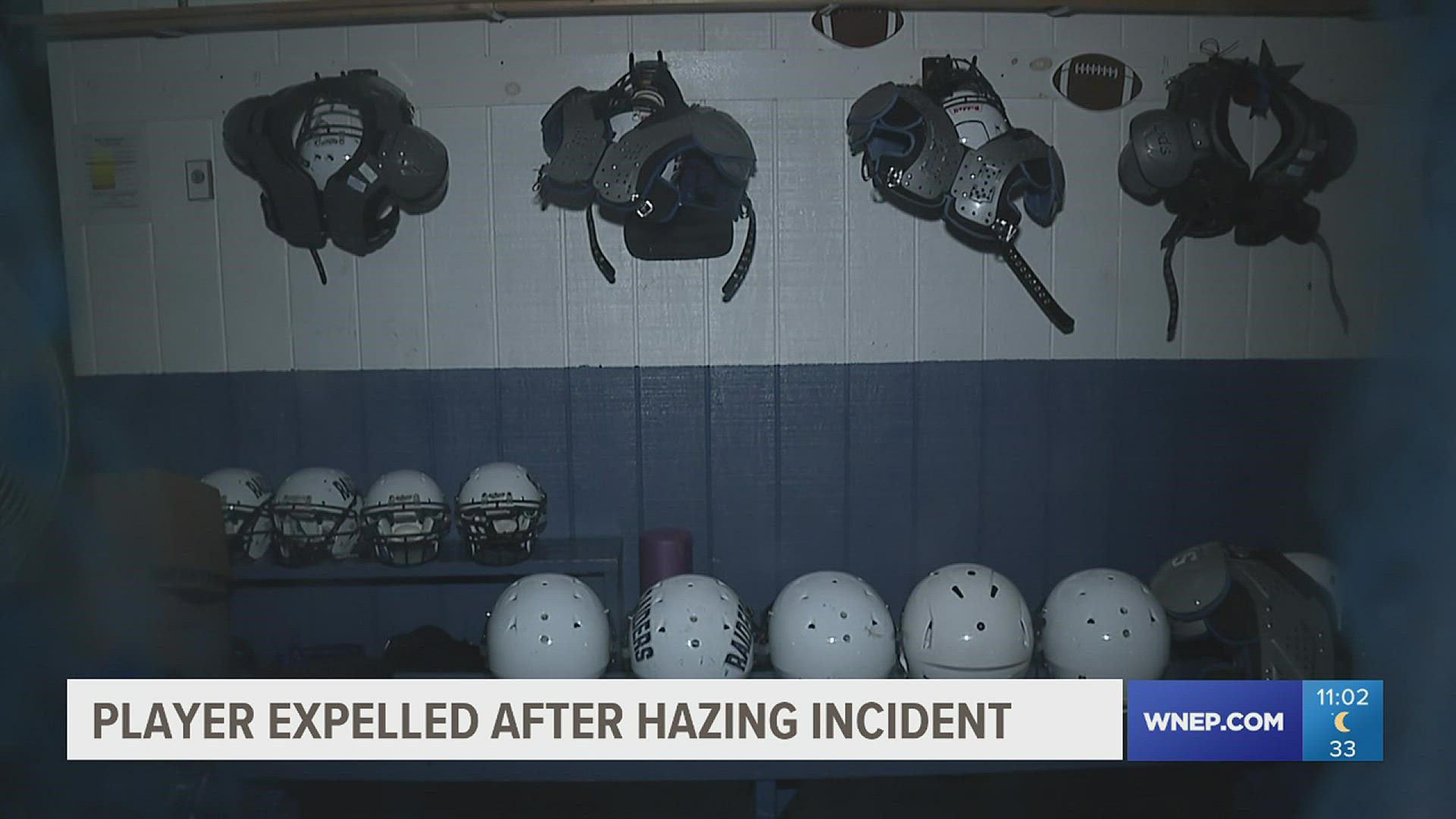 TAMAQUA, Pa. — It's the first time parents were allowed to address the recent allegations of hazing by some Tamaqua Area High School Football players.

Dozens showed up during a Tamaqua Area School Board meeting Tuesday night, one of them the father of a victim.

"This has been a very difficult time not just for my son, but that I have to sit on my hand and not do what I do for a living. I trust this borough police department, I trust this school board, I trust these administrators the lines of communication have been open," said the father of a victim.

The incident took place on November 4 inside the football house on the edge of campus.

Parents asked questions about why the field house is there, why players were unsupervised on this part of school property, and what is being done to ensure something like this doesn't happen again.

"The stuff that happened in the clubhouse, unacceptable with the kids, shouldn't have happened. Do I feel there should be accountability from the top down? Yes," said a concerned citizen.

"The thing that occurred to me is that it's more than an incident. That is the culture of a locker room that is giving those kids the idea that somehow they can get away with what they were trying to do," said Thomas Williams, a concerned parent.

Several students have been suspended, and an 11th-grade student is already expelled.

Hearing for those involved will continue until each student is heard.

"We are dealing with it judiciously, expeditiously, and they'll be justice according to the proceeds set out by the department and the school board," said Larry Wittig, Tamaqua School Board President.

"The last thing I want is for those responsible not held accountable because there was a rush to judgment before an entire investigation could be completed," said the father of the victim.

Wittig says the school board and police are still investigating the incident.