A group of pizzerias in Schuylkill County came together to send free food to workers who have been helping out in the community. 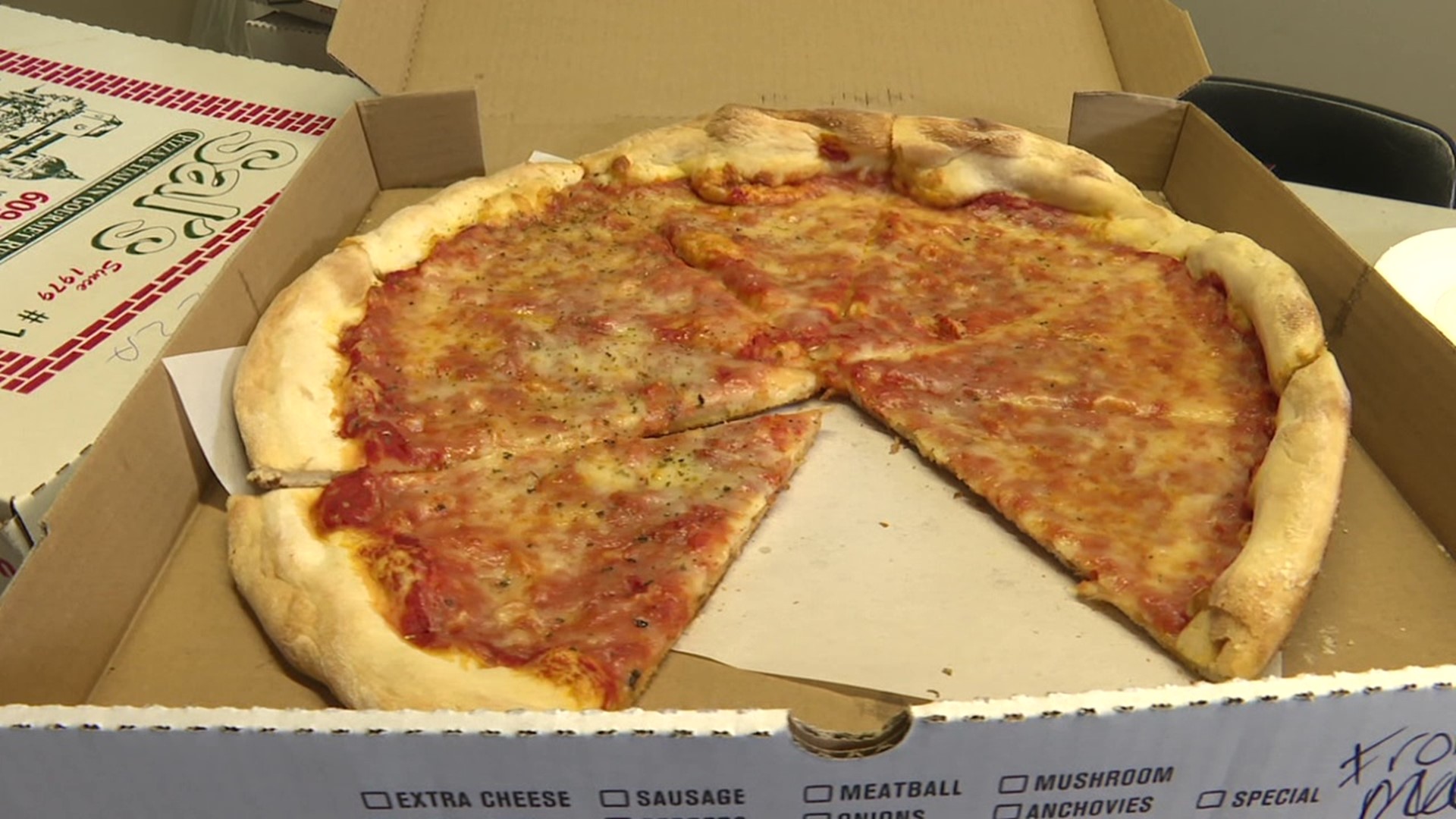 SCHUYLKILL COUNTY, Pa. — Nowadays, there isn't a ton of time for workers at Boyer's Food Market in Tamaqua to get a bite to eat while on the Shift. but when they are hungry, there's plenty of pizza.

Several pizzerias in the borough teamed up for what they coined "pizza bomb." Basile's, Two King's, La Dolce Casa Dimaggio's, Luigi's and Marco's all delivered pizza to Boyer's locations in Tamaqua, Lansford, and McAdoo as a way for these local businesses to say thank you to the communities' local grocery stores for sticking it out through these challenging times.

"It's just nice to do something for somebody every once in a while. Just make them feel happy, especially when everything is kind of so negative right now. It's just nice to see a smile on somebody's face," said Basile's co-owner Paola Basile.

At La Dolce Casa Dimaggio's, there are window paintings that send along positive messages to those who pass by during an uneasy time in America and across the globe.

"Some people have the privilege to stay home. some people don't, like the hospitals, nurses, supermarkets, cashiers and that's what inspired me, that the community came together to recognize those people," said Alfonso Bicone, co-owner of Dimaggio's.

Next week, a group of restaurants will be doing something similar to "pizza bomb" for hospital employees.