MINERSVILLE, Pa. — A young boy from Schuylkill County got a special delivery this week from some of his favorite people. With a uniform, badge, and handcu... 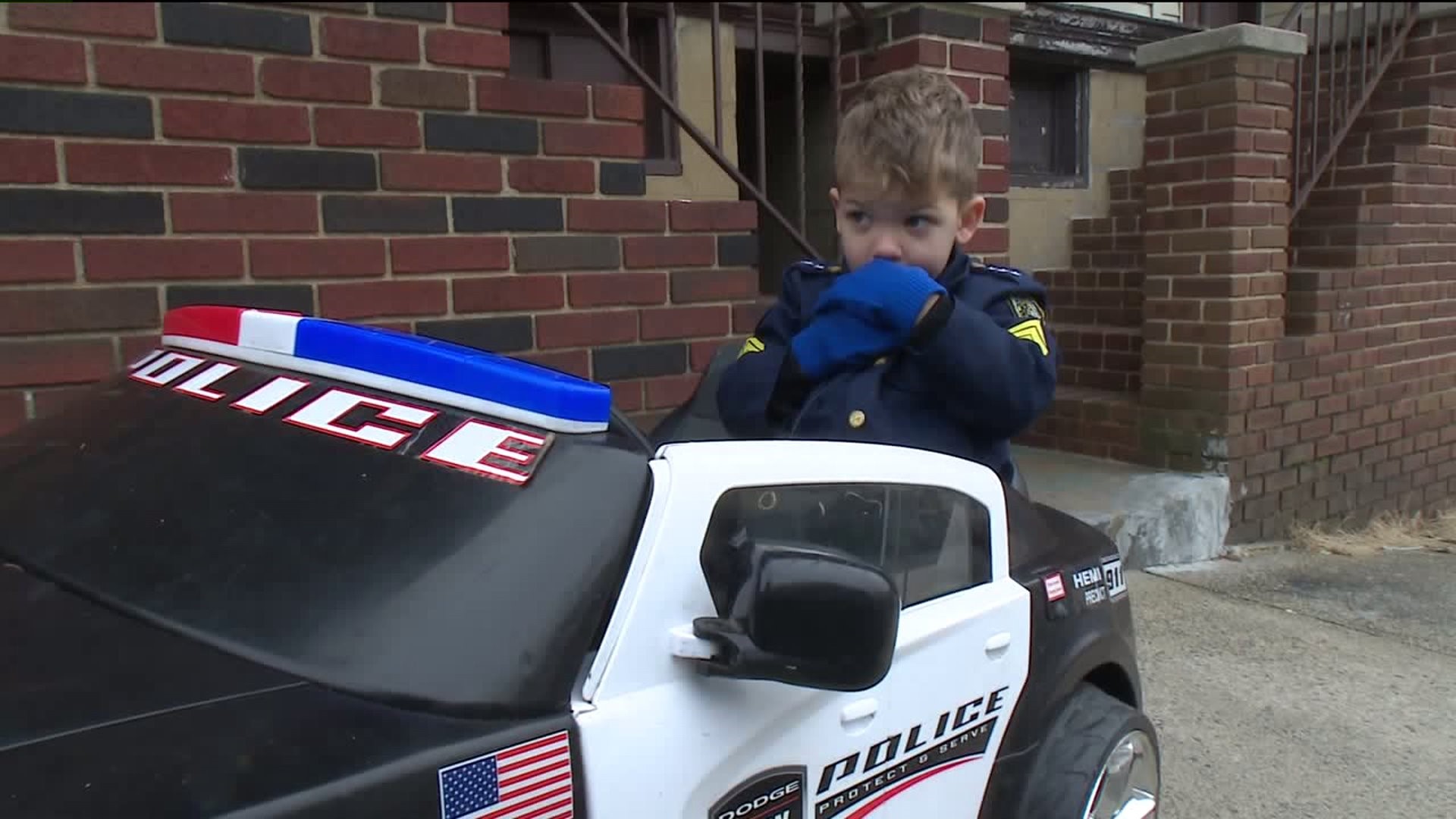 MINERSVILLE, Pa. -- A young boy from Schuylkill County got a special delivery this week from some of his favorite people.

With a uniform, badge, and handcuffs, four-year-old Jahlil Glenn of Minersville had everything he needs to be a police officer except the car. Now, he has that, too.

"Chief Richard Klink and I came over and delivered it to him in the truck. He came out and just thought it was the coolest thing in the world," said Minersville Police Officer William Kattner.

Jahlil's mom, Joselyn Skeen, bought the powered mini-cruiser after seeing it for sale on Facebook. It just happened to belong to the son of Minersville Police Officer William Kattner. Now, it belongs to Jahlil, who knows exactly what he wants to be when he grows up.

"My neighbor across the street said, 'Oh, I feel so much safer knowing that he's out here patrolling,' and they kind of just get a kick out of it," said Joselyn Skeen.

Now that Jahlil is fully outfitted to patrol the streets of Minersville, he can do so just like his idols in the Minersville Police Department.

"People are honking to him, and he's waving, and they're waving back. He's like, 'Mom! Look at all these people, they know I'm a cop!' And he just takes it so seriously. You're not telling him that he's not a Minersville police officer. That's what he is, and that's it," said Joselyn.

He may be small, but his will to keep Minersville residents safe is mighty.