PINE GROVE, Pa. — A group of junior ROTC students from Schuylkill County is visiting Normandy for the 75th anniversary of D-Day. We first told you about t... 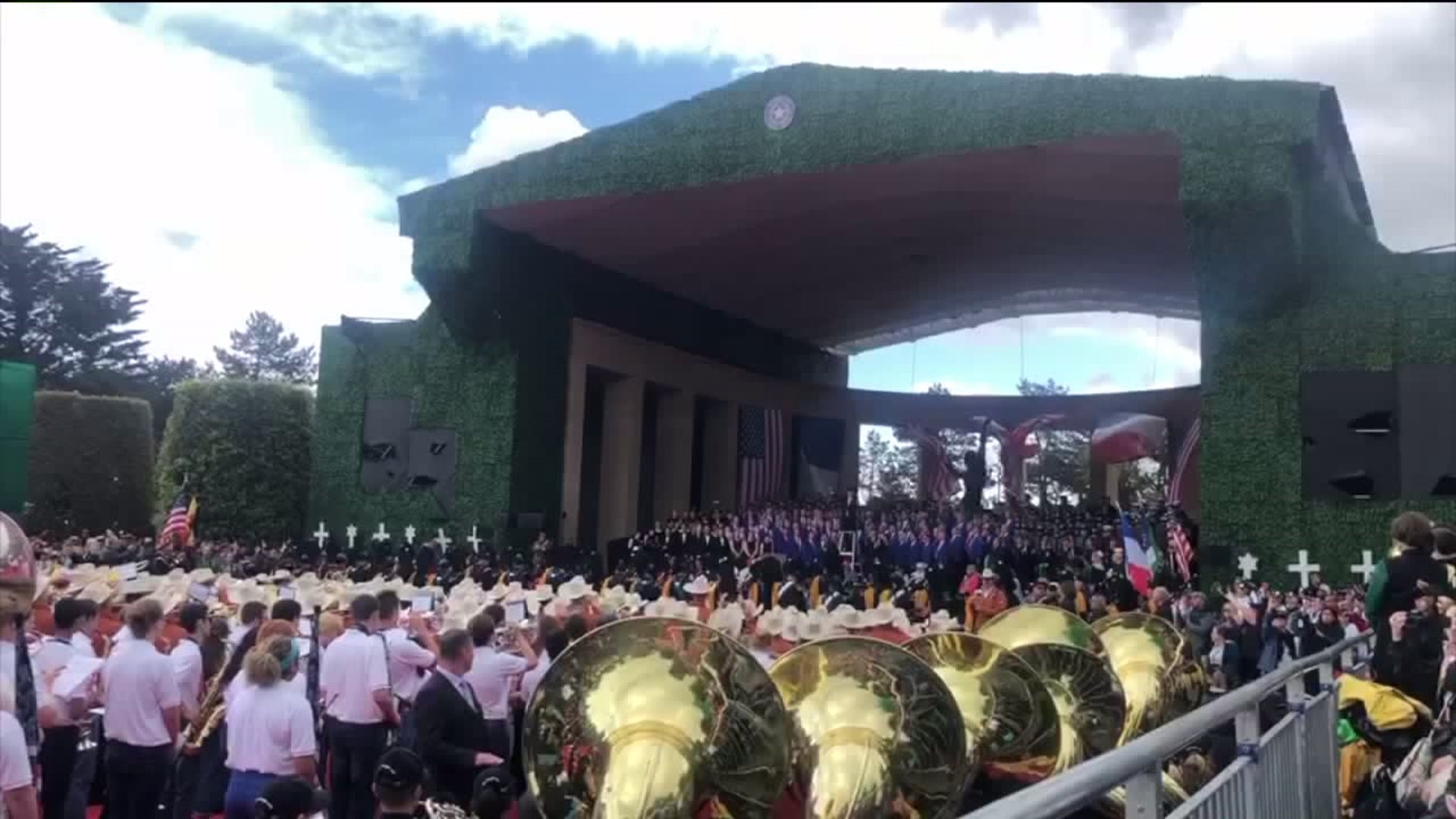 PINE GROVE, Pa. -- A group of junior ROTC students from Schuylkill County is visiting Normandy for the 75th anniversary of D-Day. We first told you about their planned trip last month.

The trip included a D-Day celebration at Omaha Beach, a trip to the Brittany American Cemetery, and an excursion to Paris.

After traveling from Philadelphia to Iceland, then to Paris, followed by a four-hour bus trip to Normandy, the Junior ROTC students from Pine Grove High were finally able to breathe some fresh air and stretch out.

On day two, it was time to visit the Brittany American Cemetery in Normandy where the remains of more than 4,000 American soldiers from World War II lie.

Cadet Captain Isabella Moyer placed a penny at the grave of a Pennsylvania soldier, and some other students got to pose with two veterans.

Day three was the official 75th anniversary of D-Day, which included a trip to the Omaha Beach Cemetery. The Junior ROTC students got to be on stage for the ceremonies.

Following that ceremony, the group also got to visit Mont Saint-Michel.

The seniors on the trip missed graduation back in Schuylkill County but they were able to still graduate at Sainte-Mere-Eglise.

Their journey would not have been complete without a trip to Paris.

The plan is for them to fly back Tuesday and arrive back at Pine Grove High School around 11 p.m.