WALKER TOWNSHIP, Pa. — It was just before 4 p.m. Friday when a glider plane crashed on Wildcat Mountain about a mile and a half behind a pond near Tamaqua... 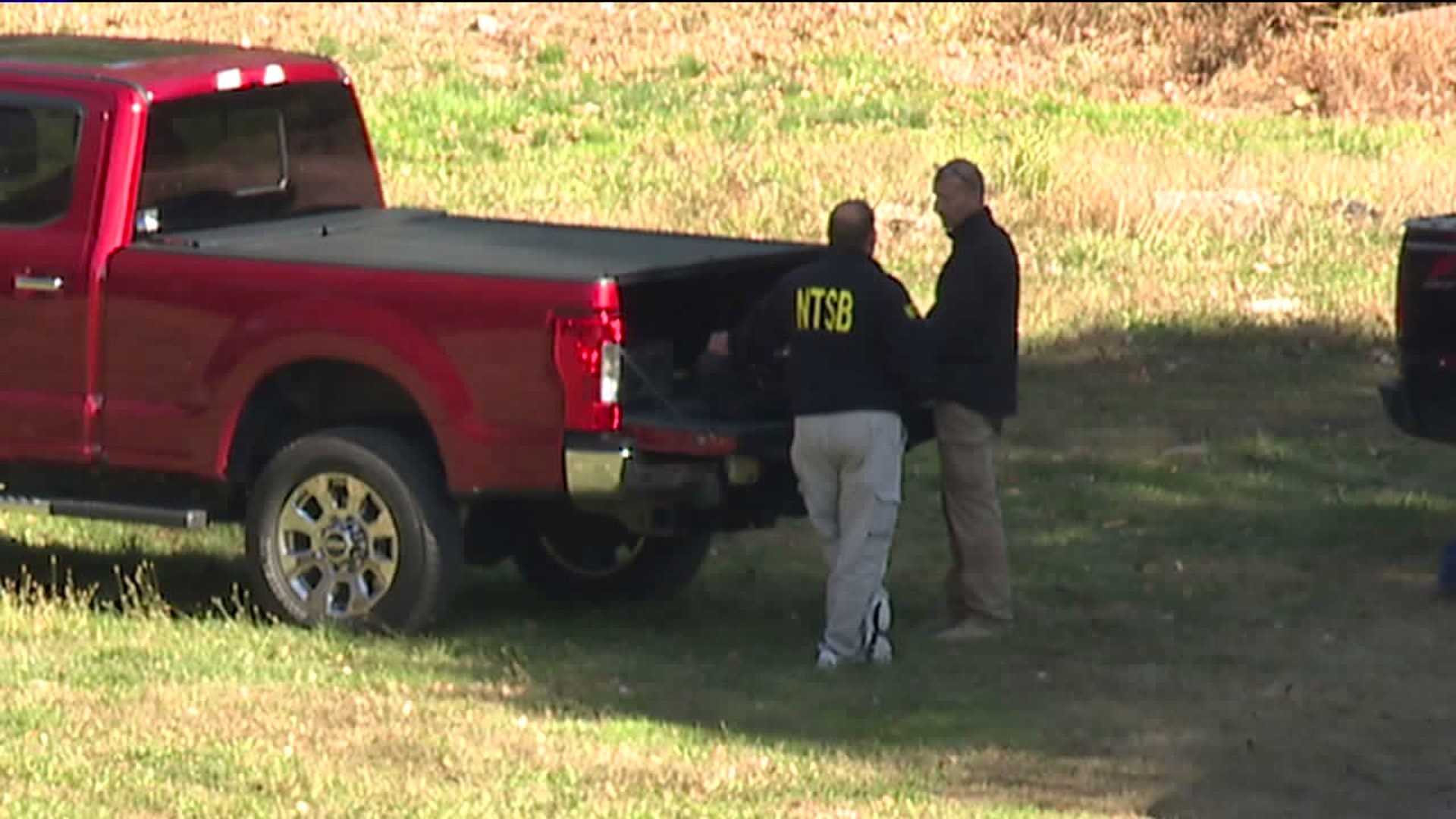 WALKER TOWNSHIP, Pa. -- It was just before 4 p.m. Friday when a glider plane crashed on Wildcat Mountain about a mile and a half behind a pond near Tamaqua.

According to the coroner, William D. Hanson, 65, of Queens, New York, was pronounced dead at the scene. Hanson was the only person on board. It took crews several hours to locate the glider plane in a rural wooded area of Walker Township. Officials believe Hanson was killed instantly.

"I heard an airplane, you know, a prop plane, you know, noisy, kind of loud for maybe five or 10 minutes, but like I said, not uncommon. There's helicopters, airplanes, military airplanes that go by," said Chris Houtz of Walker Township.

One neighbor was shocked to learn the sputtering noises he heard may have come from the fatal crash that killed Hanson.

Officials from the coroner's office say after a lengthy search, crews found Hanson's LAK-17 model glider plane in pieces. It appeared as though he crashed into a patch of bushes.

"From what we understand, it was an experimental glider, and I mean, it was made of fiberglass, so I guess when it hit it just kind of came apart," explained Schuylkill County Deputy Coroner Albert Barnes.

"He had extensive internal injuries from the head down to the toes, and there was damage to the spine. This was not a survivable injury," said Dr. David Moylan, Schuylkill County Coroner.

Members of the Federal Aviation Administration and the National Transportation Safety Board have begun what they anticipate will be a three-day long investigation, which will include factors like weather, flight plan, and pilot qualifications.

The coroner's office will work with the FAA to complete a toxicology report on the pilot.

"The maximum is eight hours from bottle to throttle. I'm sure this gentleman complied. We normally send our toxicology to the NMS Laboratories in Willow Grove, but the FAA has requested we use their laboratories, so we're going to cooperate in every way," Moylan added.

Moylan believes Hanson intended to land his glider back in New Jersey after the flight, but the NTSB has yet to confirm those details.