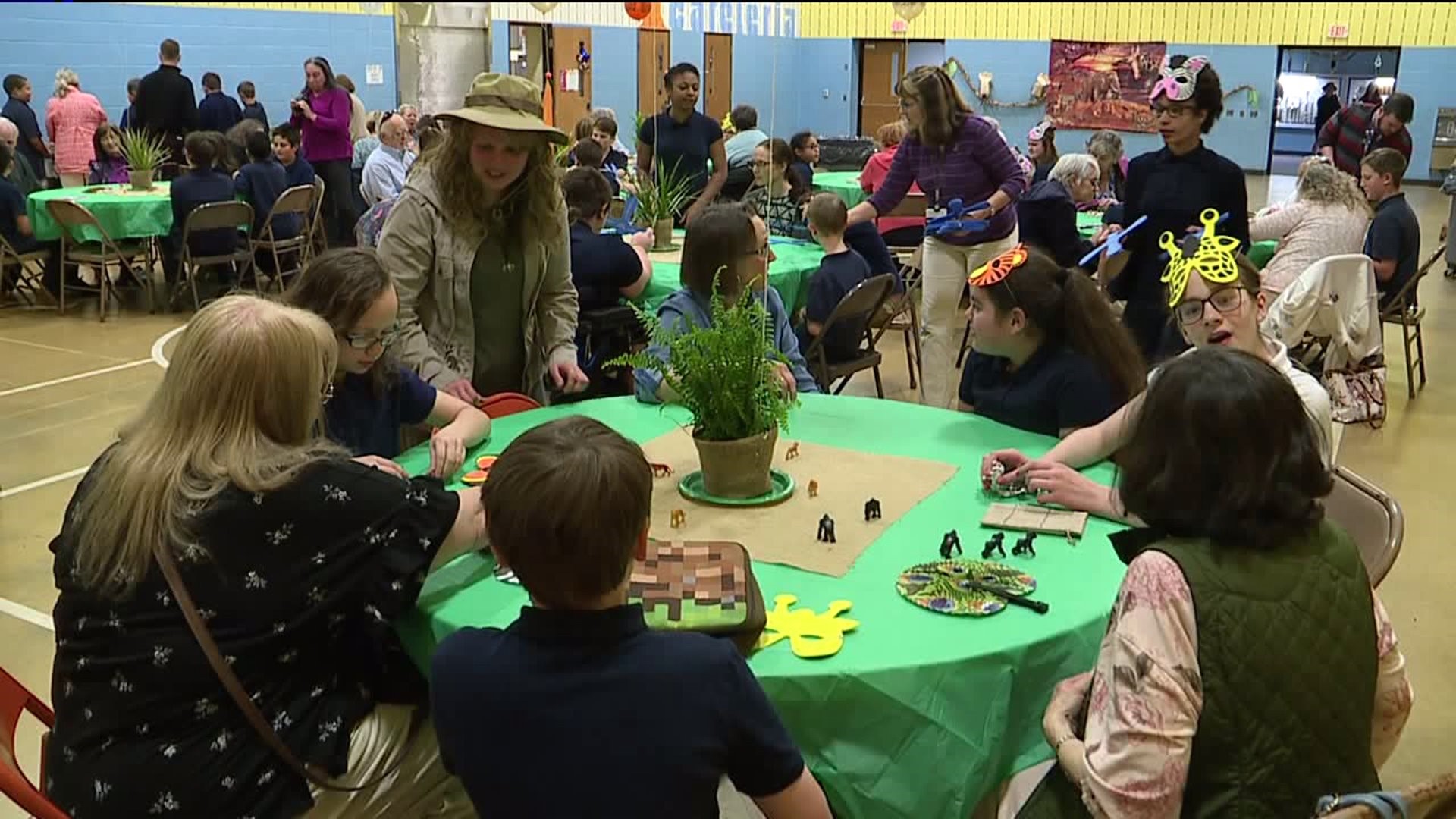 WEST PENN TOWNSHIP, Pa. -- A program at one Schuylkill County elementary school connects fifth grade students with senior citizens. They communicate through written letters, and on Wednesday, the pen pals met for the first time.

West Penn Elementary School was transformed into a jungle, with fifth grade students wearing masks, disguised as different animals. This was done to keep a decade-old tradition fresh and fun.

"This program shows just what senior citizens are capable of and the amazing things they do for our world," said fifth grade teacher Michele Bittner.

For the past 10 years, Bittner's fifth grade English class has taken part in an inter-generational pen pal program. Her students match up with people ages 55 and older who come from different parts of Schuylkill County.

"One of the things I like to see academically is that they improve on their writing skills," Bittner said. "And more than that, is what they get out of it emotionally, intellectually, and just understanding the world as we live in it."

"What I get is what I miss because I am a retired teacher. I miss the interaction with young people. I feel as though I have something to share with them about what it was like in my day," Sandra Sippel said.

These fifth grade students from West Penn Elementary school have been writing to their pen pals for about a year. They met for the very first time on Wednesday.

"I learned that their lives are very interesting and when they were younger, their life was a lot different than what it is now," said fifth grader Kelsey Lusch.

The program is organized through the Schuylkill County Retired and Senior Volunteer Program.