TAMAQUA, Pa. — A school district in Schuylkill County is facing a second lawsuit over its decision to arm teachers in the classroom. First, it was the tea... 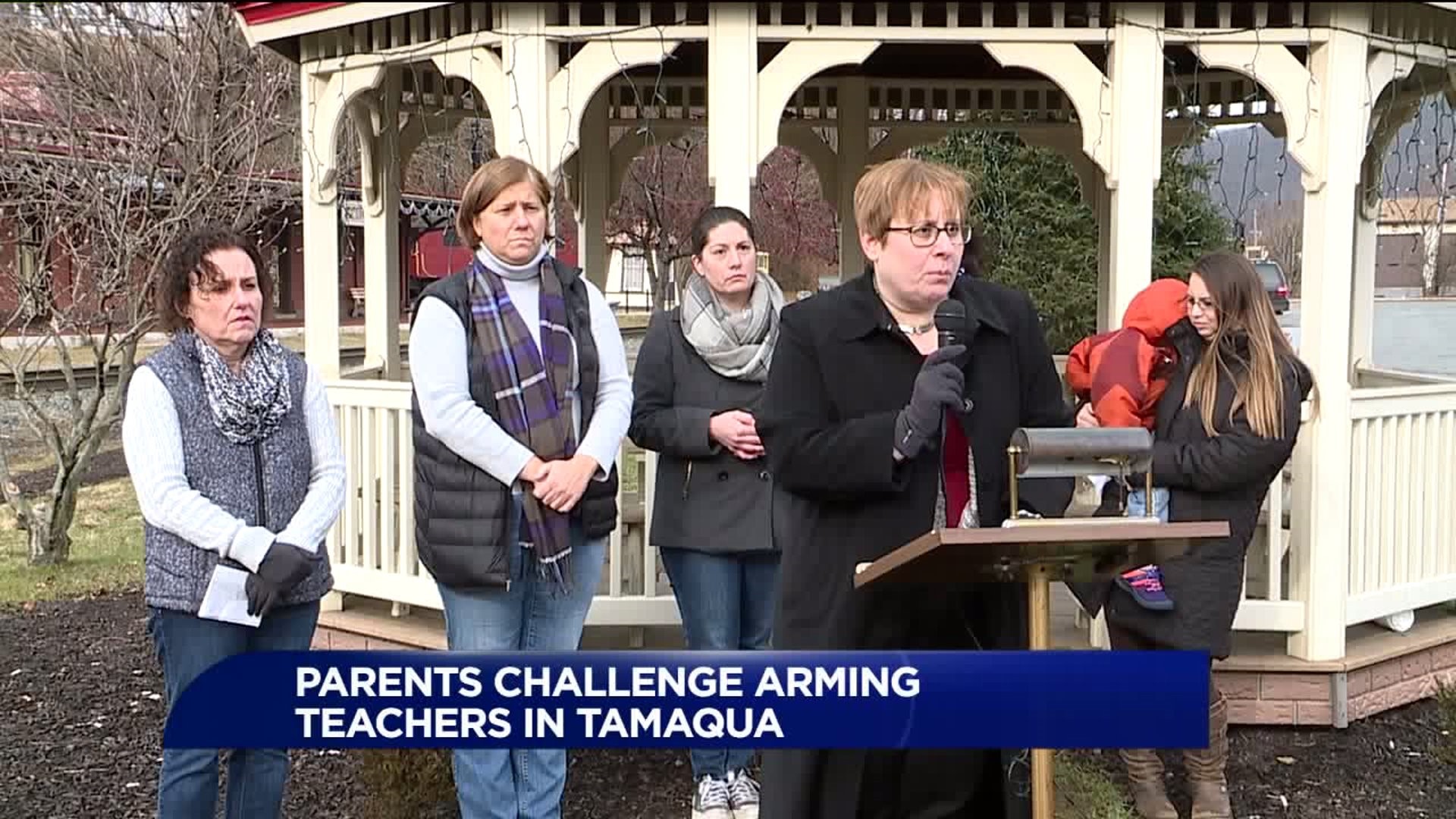 TAMAQUA, Pa. -- A school district in Schuylkill County is facing a second lawsuit over its decision to arm teachers in the classroom.

First, it was the teachers' union and now parents of students are filing a lawsuit of their own.

Parents of students who attend schools in the Tamaqua Area School District are echoing a lawsuit filed in November by the teachers' union claiming the school's new policy to train and arm teachers inside the classroom is illegal.

Parents and members of anti-gun violence groups came together in downtown Tamaqua to talk about a lawsuit they filed Thursday against the Tamaqua Area School District.

"I just don't feel a teacher should have to pack and carry. I think a teacher's responsibility is to teach the students," said parent Holly Koscak.

Koscak and other parents are against the school's new policy to arm teachers inside the classroom.

The Tamaqua Education Association filed a similar suit in November, claiming the policy is illegal because state law only allows certified police officers or graduates of the Pennsylvania State Police Academy to carry firearms inside schools.

Their hope is that the lawsuit will cause the district to drop its policy and try other safety measures.

"Things like metal detectors at the school doors, if we have a trained resource officer. Now if all those things were still not working then maybe this is where we would get to, but the fact is that the district has not implemented those most basic things," said parent Liz Pinkey.

Members of the Tamaqua Area School Board, like Nick Boyle, who supports the policy, says those measures have failed.

The Tamaqua Area superintendent said the district is not saying anything about either lawsuit at this time.

Parents speaking out about the policy, say they are not against someone with a firearm inside the school working to keep students safe. They just think it should not be a teacher or janitor.

"This is another hurdle that I think needs to be looked at much more closely and find alternative means and I think a professional should be hired," Koscak said.

The parents who filed the lawsuit will wait for the school district's response.