Orwigsburg residents clean up from flooding

Heavy rains mixed with hail caused flooding for people in the area, damaging property and belongings. 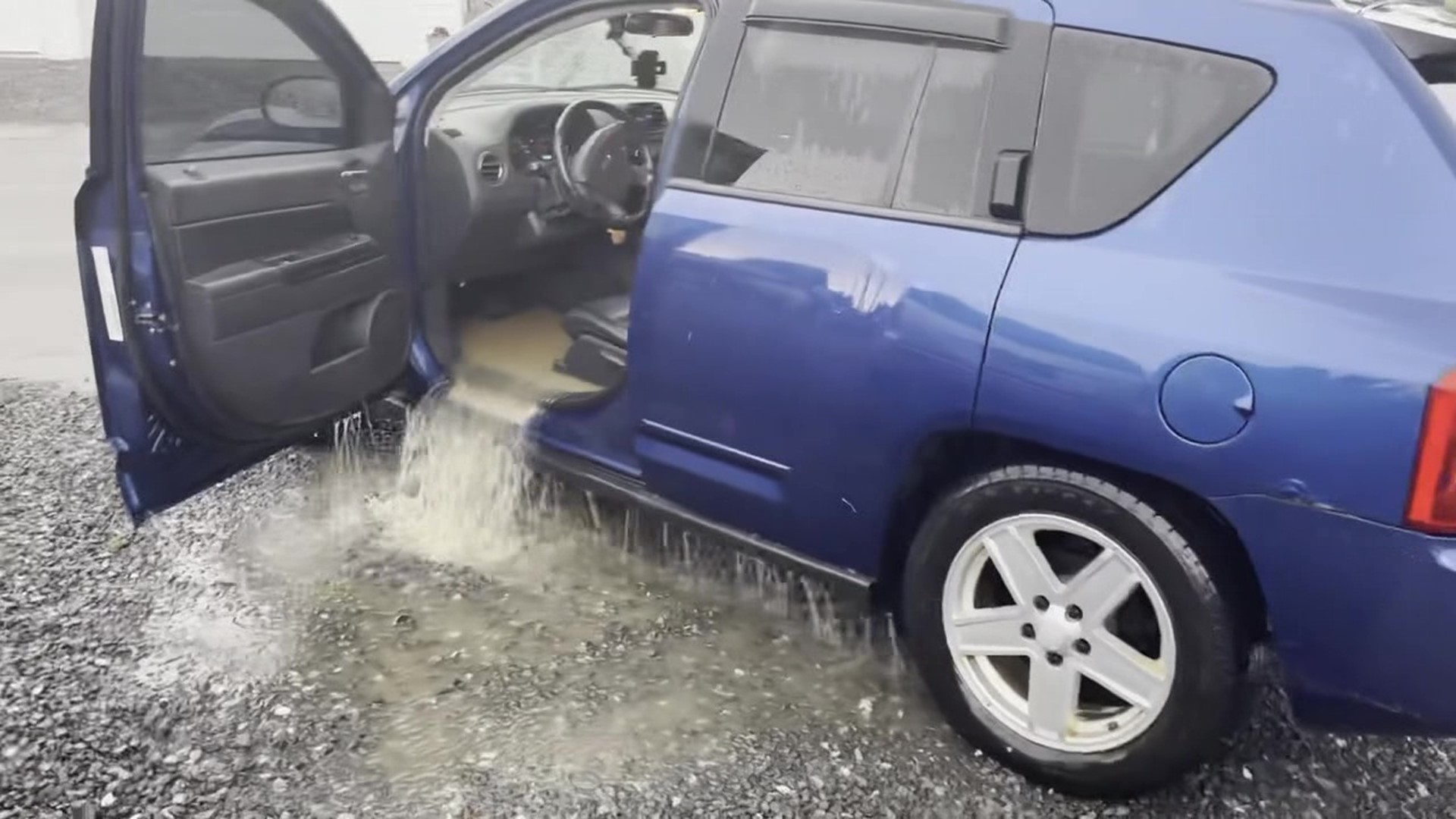 "I just saw this massive flood of water coming, and I thought, 'Oh, my God, it's still coming, Patty. It's not stopping.' It just kept coming and coming. And then all of a sudden, I look down, and I say to Pat, 'Oh, my God, the ground is sinking in,'" said Sandra Schoener,

For the past 47 years, Schoener has lived in her home, but after the storm, the borough and engineers say the foundation of her home is ruined, declaring it a natural disaster.

There's also a huge hole in her neighbor's backyard.

"The houses have to come down," Schoener said. "They're not safe to live in. So I just said 40, all these years having it, and just know in the blink of an eye it's all gone."

Andy Savakinas also lives on market street.  He sent Newswatch 16 video of the damage to his car and his flooded backyard.

"It was scary; I guess I could say," Savakinas said. "The rain was coming down really hard, and then it turned into hail. Then the hail went away, and the heavy rain picked up again."

Just around the corner, on Long Avenue, residents spent the day throwing out damaged belongings.

"Somebody got Mother Nature mad. I mean, we've had a pretty hard winter. We've had a lot of rain, but not like this," said Tammy Souder.

The borough just recently condemned two properties on Long Avenue to help alleviate flooding problems. But residents tell Newswatch 16 many of their properties could have been saved if these two homes were still up.

"I think it would have helped to keep the water flowing better. Because when they took down the house, now all the soft dirt that's around the culvert where it's broken washed away and created this big space that didn't allow the water to move," said resident Daniel Cameron.

Residents say it will be days until their homes are completely dried out and cleaned up after this storm.