'It sounded like an earthquake' - Building collapse in Orwigsburg

Part of the second floor of a home on Liberty Street in Orwigsburg collapsed Sunday morning. 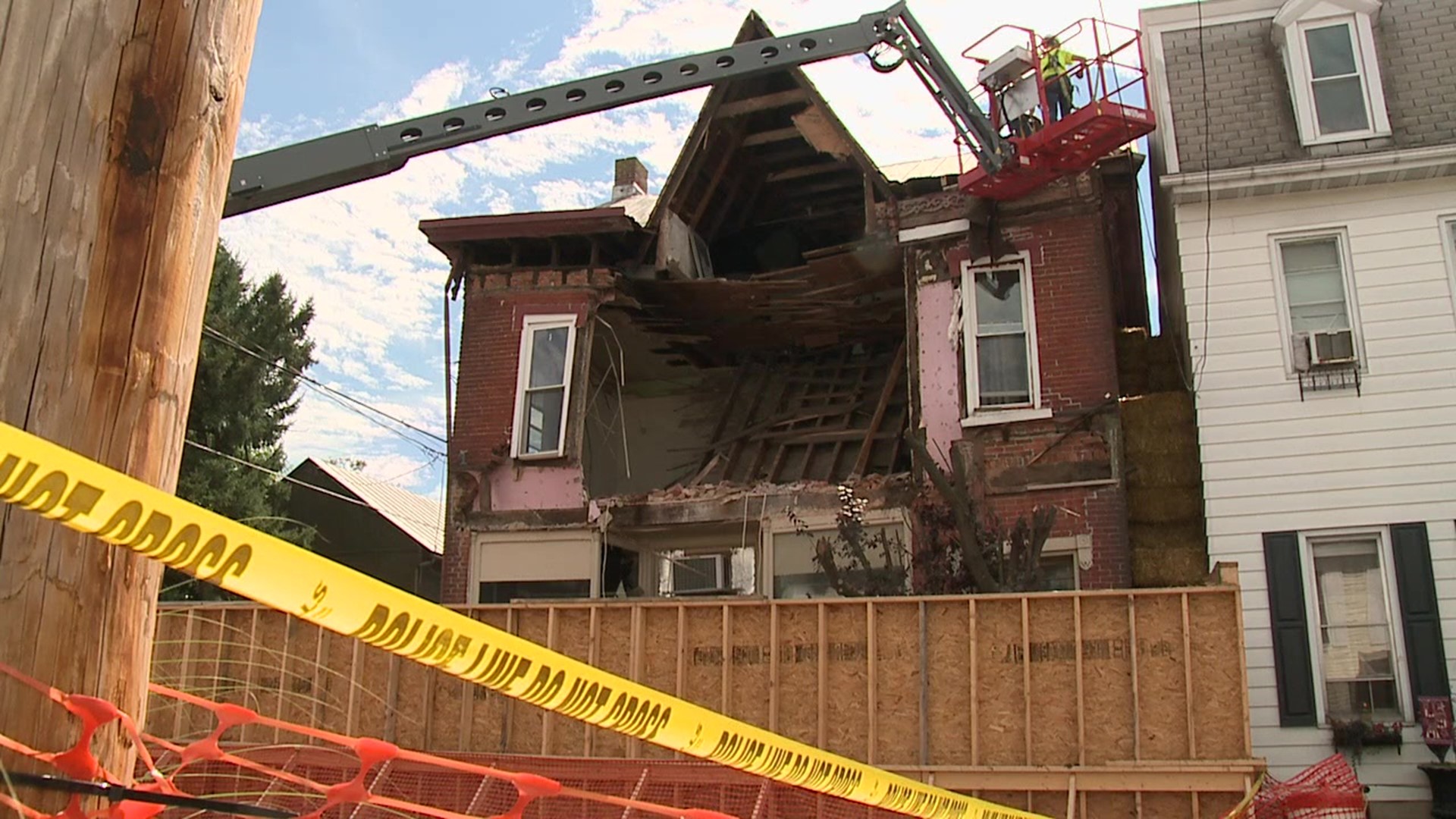 ORWIGSBURG, Pa. — A home in Orwigsburg partially collapsed over the weekend, and now an emergency demolition is underway.

Part of the second floor of this home along Liberty Street in Orwigsburg collapsed Sunday morning as Tanesha Hoffman was in bed in the adjoining property, her bedroom wall just feet away from the damage.

But watching the building now be dismantled was a happy sight for Hoffman. Neighbors gathered to watch as workers began to take down the top floor.

"The gutters were falling off. They never really did a good job with the flashing in the back. Every time it would rain, it would just pour into our mulch," Hoffman said.

The demolition is expected to take three weeks. Hoffman and her family have been advised to stay elsewhere during the work.

"Due to the proximity of the adjoining structure, the entire second floor has to be removed by hand," said Shannon Darker, the borough code enforcement officer.

Darker said she's filed numerous citations against the property owner asking him to fix up the building, but he never complied. She says the borough had already had SDL Construction provide a bid on demolition before the building collapse.

After the building collapse, this was deemed an emergency, and the company came to begin the demo immediately. The borough will front the cost of the work but no word on who will foot the final bill.

"Just trying to contain the collapse and prevent further collapse and damage to the adjoining structure," Darker said.

There's no word on how much the project will cost.