Eight people are looking for new places to live after a fire rips through three rowhomes in Schuylkill County. 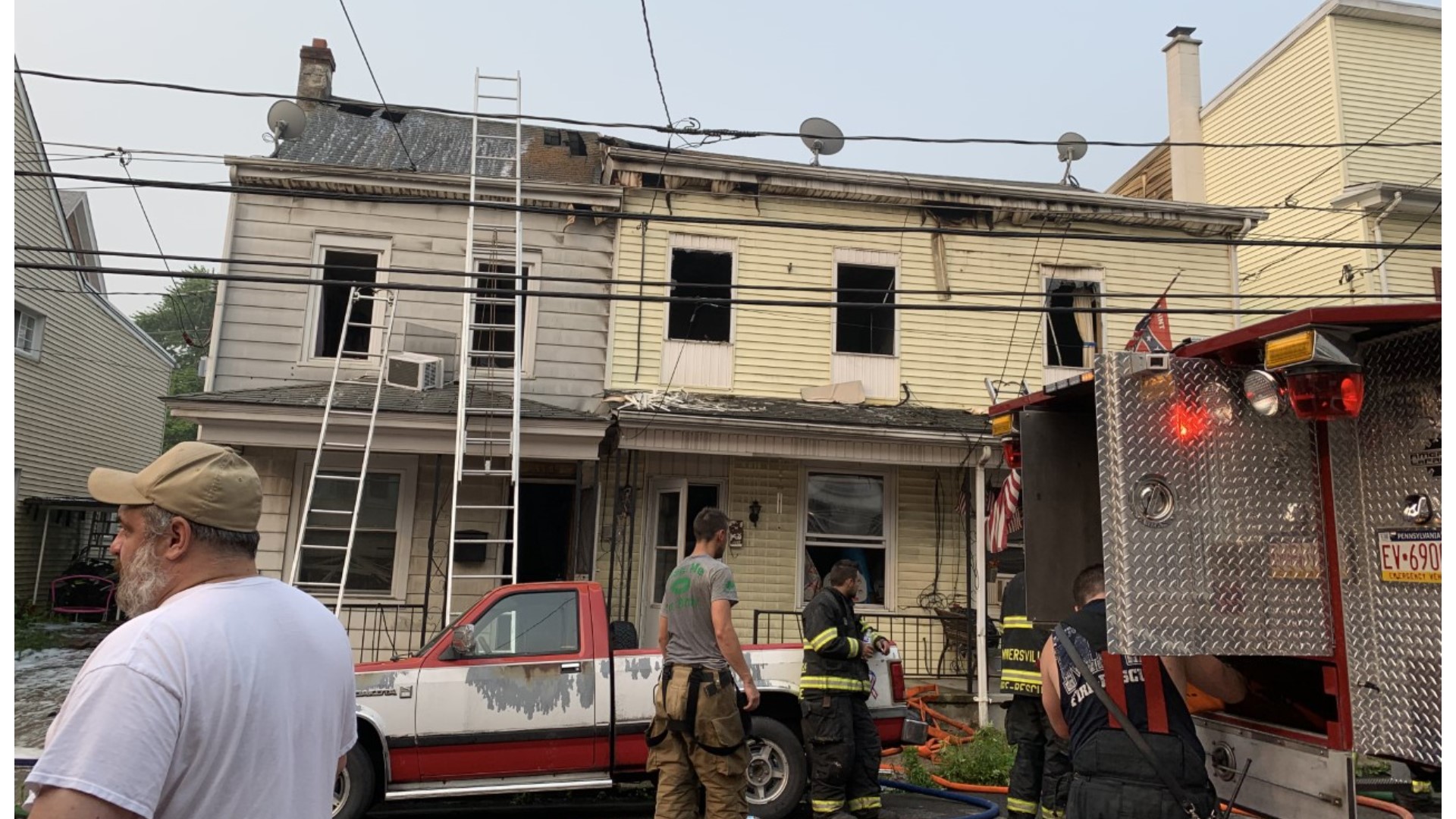 MINERSVILLE, Pa. — Fire broke out at a home along the 400 block of North Street in Minersville around 6 a.m. Tuesday.

Minersville resident Eric Volkerd said his wife woke him up, worried the fire may spread to their home next door.

"She said, ‘Frank’s house is on fire,’" Volkerd said. "She’s like, ‘go get our daughter.’ So I went, grabbed our daughter out of the room, ran back in, grabbed our dogs, got our dogs out. Grabbed a few possessions and then came out and just kind of watched everything happen."

One man was trapped on the second floor.

He told Newswatch 16 he was asleep in one of the front bedrooms of the home. He heard the smoke detector, saw smoke coming into the room, and rushed to the window.

The homeowner said he called 911 and waited as Minersville Police Officer Timothy Walsh grabbed a ladder from the backyard and brought it to him.

Walsh was the first to arrive.

The homeowner refused treatment and told Newswatch 16 he’s grateful for his life.

"If he wouldn’t have got out, he would have passed away," Walsh said.

Volkerd witnessed the rescue from the street.

"[Walsh] did a great job. I talked to him, fantastic guy," he said. "It was good to see that people help and that help is so quickly to arrive."

All eight residents made it out unharmed, but two cats and a dog were killed.

The Red Cross is assisting the families now without homes.

A Pennsylvania State Police fire marshal is investigating the cause.