WEST PENN TOWNSHIP — Every September 11, first responders are honored on this special day for their dedication on the job. Among the guests of honor this ... 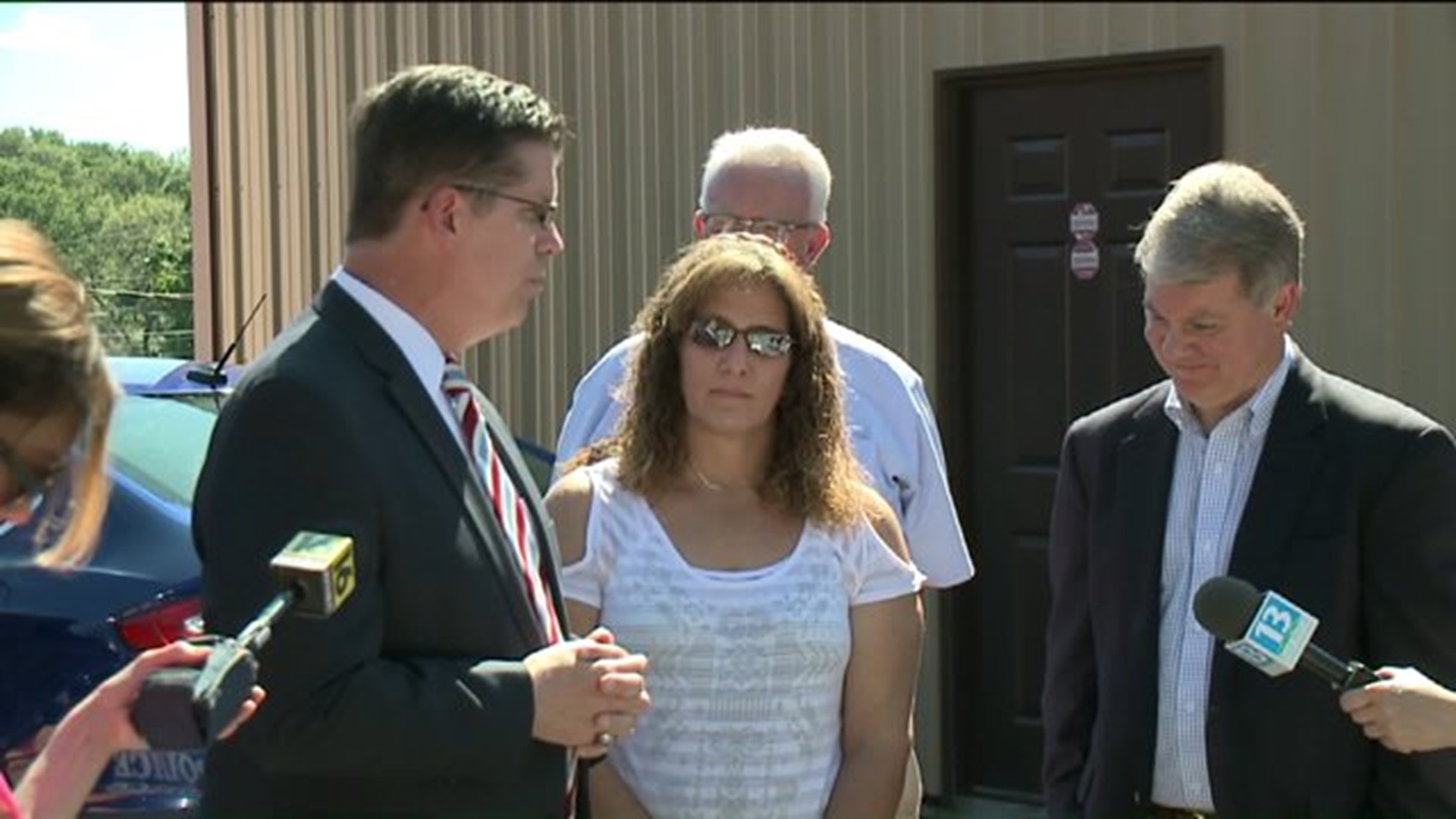 WEST PENN TOWNSHIP -- Every September 11, first responders are honored on this special day for their dedication on the job.

Among the guests of honor this year was a cop who says she was assaulted during a roadside stop this month.

That police officer from Schuylkill County was among those recognized Friday at a Patriot Day ceremony.

Earlier this month West Penn Township Office Melissa Ruch said she was injured while she was checking on a disabled vehicle near New Ringgold.

It was the first glimpse the media has had of West Penn Township Police Officer Melissa Ruch since she says she was injured last week in an attack during a traffic stop.

Ruch was among those first responders being honored at the West Penn Police Department on Patriot Day.

“Your bravery and what you put forward, for your family's standpoint, that's so important, so we just want to say, god bless you and on behalf of all the citizens of Schuylkill County, we're so proud of you,” said Schuylkill County Commissioner George Halcovage (R).

State police are investigating an altercation between Ruch and a driver on September 2nd after Ruch stopped along Route 309 near Andreas.

Ruch had called in for back up and was found down a 50-foot embankment. She was treated and released from the hospital.

“I can't really discuss too much of it because it is being handled by the state police, but I do like to thank all the emergency responders that did come out to help our officer, our fallen officer down,” said West Penn Township Police Chief Brian Johnson.

After the event, Ruch declined to talk to reporters, instead heading inside the police station.

“No, I'm not talking,” she said before ducking inside.

State police are looking for a man described to be between the height of 6’2” to 6’4”, weighing between 240 to 260 pounds, who was wearing a black sweatshirt and blue jean shorts.

State police are asking any witnesses who may have seen something on Route 309 less than a mile south of Dove Lane the night of the incident to come forward.

“Missy's a tough hombre, I'll tell,” said State Rep. Jerry Knowles (R-125th District). “And I wouldn't want to be that guy if she catches up with him but hopefully we'll find out who he is and we'll bring him to justice.”

Anyone with information should contact state police in Frackville.