Not Guilty on all Counts; Verdict in Overdose Death in Schuylkill County

POTTSVILLE, Pa. — A man on trial in Schuylkill County for the overdose death of a woman two years ago was found not guilty. The jury acquitted Kyle Merend... 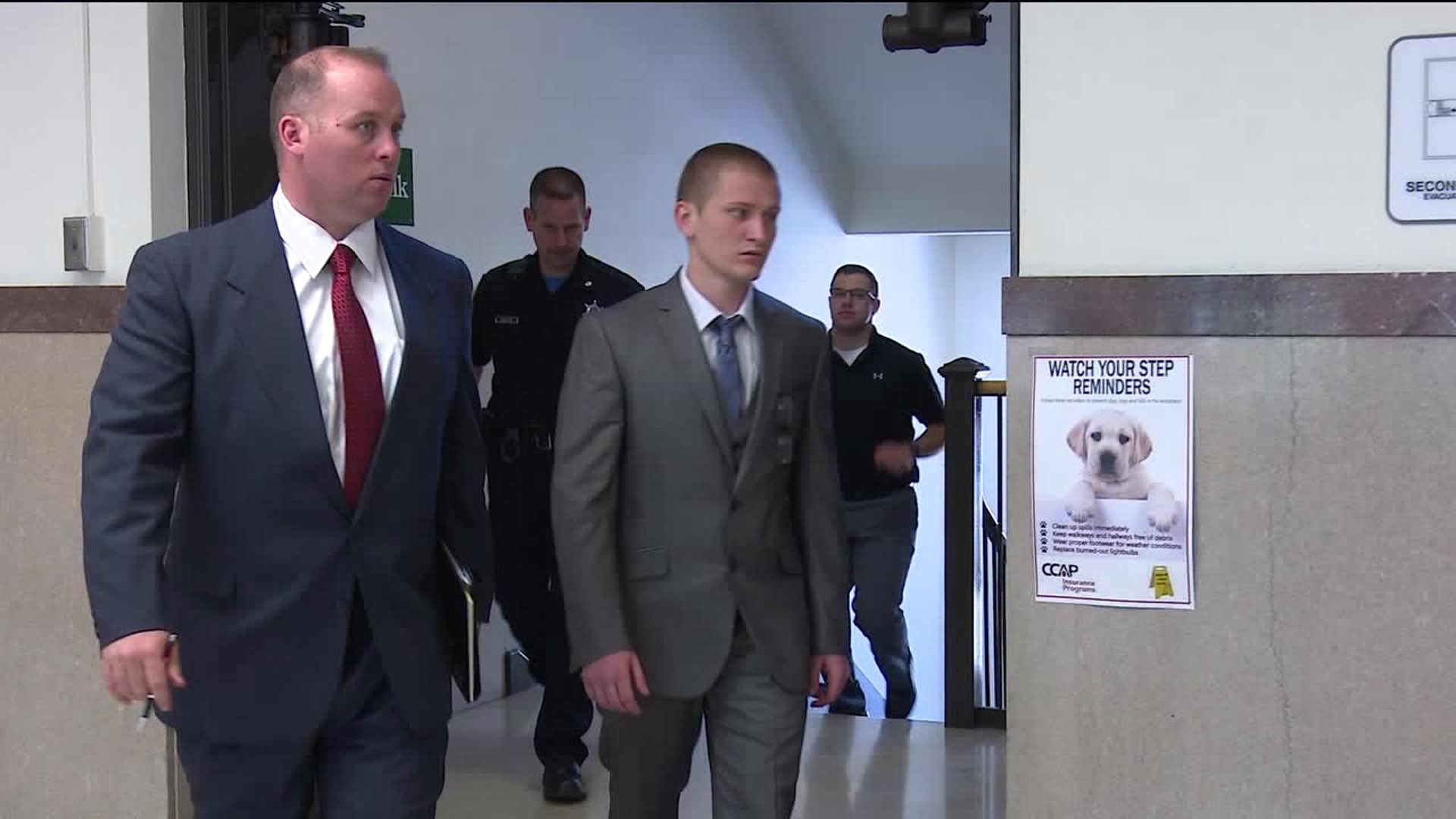 POTTSVILLE, Pa. -- A man on trial in Schuylkill County for the overdose death of a woman two years ago was found not guilty.

The jury acquitted Kyle Merenda, of Barnesville, on all four counts he was facing in the death of Alexandria Sienkiewicz at the Schuylkill County Courthouse Tuesday night.

When the jury's decision was read, the courtroom filled with her family erupted in outrage.

Investigators in Schuylkill County alleged that Merenda gave Sienkiewicz the fentanyl she fatally overdosed on in April of 2016. Merenda was charged nearly a year later.

The jury deliberated for about five hours before coming to that not guilty verdict.

Sienkiewicz's father had this to say as he stormed from the courthouse.

"The jury is a complete farce. If we don't start taking care of our kids and what's going on, juries like this will keep on acquitting our drug dealers that are killing our kids," said John Sienkiewicz, Alexandria's father.

"Wait until tonight, you'll see a lot of drug dealers in town, selling this stuff. That's what's going to happen and more young kids are going to be killed," said another family member.

While prosecutors declined to make a comment, the defense attorney did, saying he was very pleased for his client.

"We're happy with the verdict. I believe the criminal justice system worked for my client. However, my heart still breaks for that family, a young girl taken away because of the scourge of opioid addiction in this country," said defense attorney Hank Clark.

Police charged two other people in this investigation, Melaine Kropp and Jonathan Seekins. Both of their cases are still active and have not gone to trial. Both are free on bail.