BUTLER TOWNSHIP, Pa.  — Art students at a high school in Schuylkill County are trying to promote safety on the roadways this winter with a little color. A... 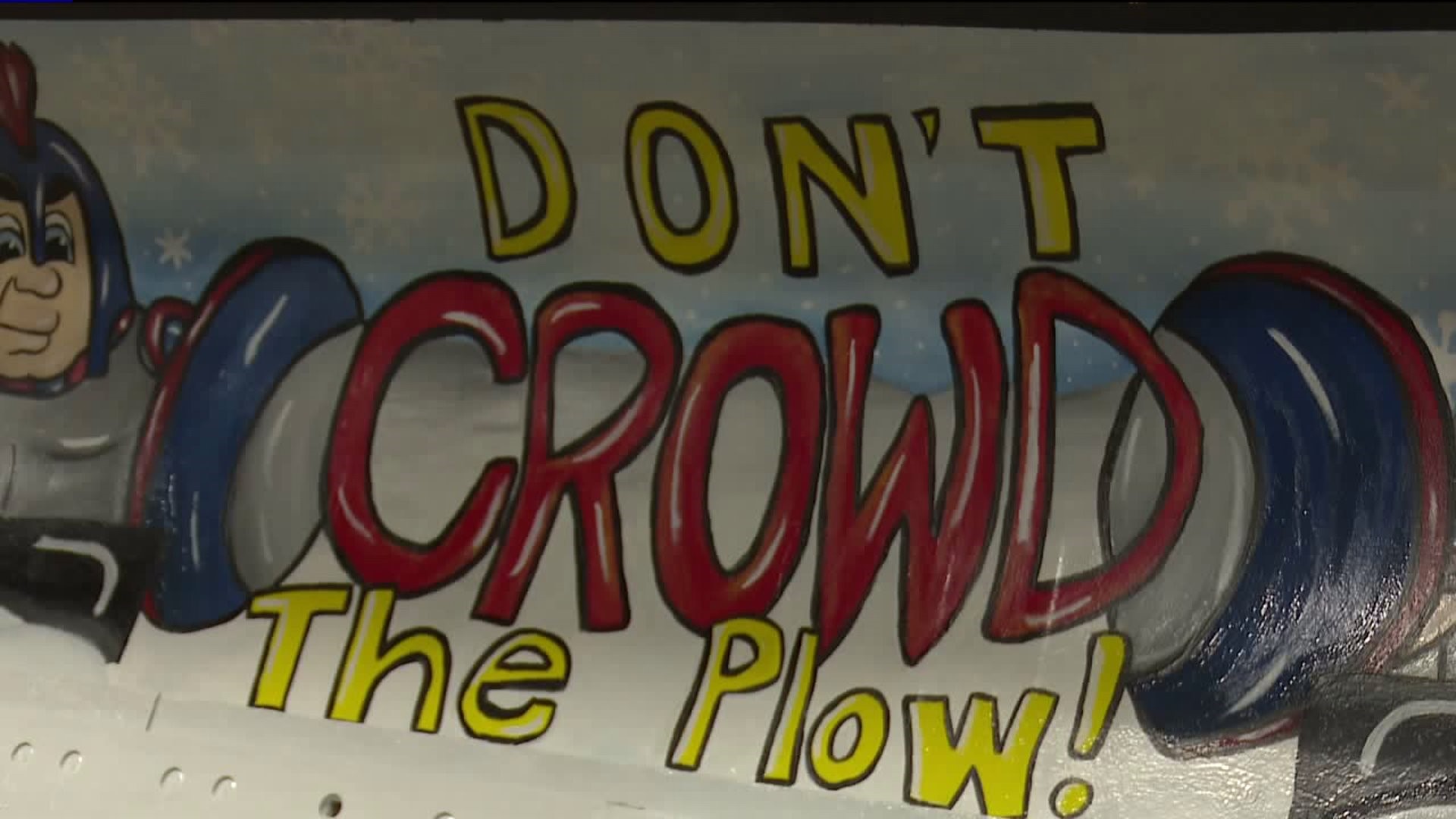 BUTLER TOWNSHIP, Pa.  -- Art students at a high school in Schuylkill County are trying to promote safety on the roadways this winter with a little color.

As clouds hung over Gordon Mountain near Ashland, you could sense that autumn was in the air, and winter will be here before we know it.

Some North Schuylkill High School art students are admiring their work on a massive snow plow.

"We all worked together, and we came up with a really cool idea. It turned out pretty nice," said junior Kiara Adams.

That teamwork led to an artistic vision, transforming an ordinary snow plow into a Spartans-themed piece of art for PennDOT's Paint the Plow project. Around 40 hours of work were put in over the course of a month to promote safety on the roadways.

"A lot of people, especially my age are very reckless drivers. They think that they're invincible and they can just drive out in the snow, but it's really dangerous," said senior Lexy Green.

The plow will now be used by a PennDOT truck to clear streets of snow within the North Schuylkill School District.

"I loved the challenge of it," said Cassidy Heckler. "I loved working with my friends and having the whole idea of the plow. I think it's an incredible thing that we did. It was one of the best things I've done so far in my senior year."

"It's definitely different than painting on windows or painting on a canvas or anything like that. It took a lot of creativity. We faced a lot of challenges, but in the end, it worked out great," said North Schuylkill art teacher Kerri Herring.

North Schuylkill's plow will now be entered into a contest against other plows from school districts around Schuylkill County. The winner gets a chance to compete at the state level.