BUTLER TOWNSHIP, Pa. — A high school baseball player from Schuylkill County became the first player from his school to be drafted by a major league team. ... 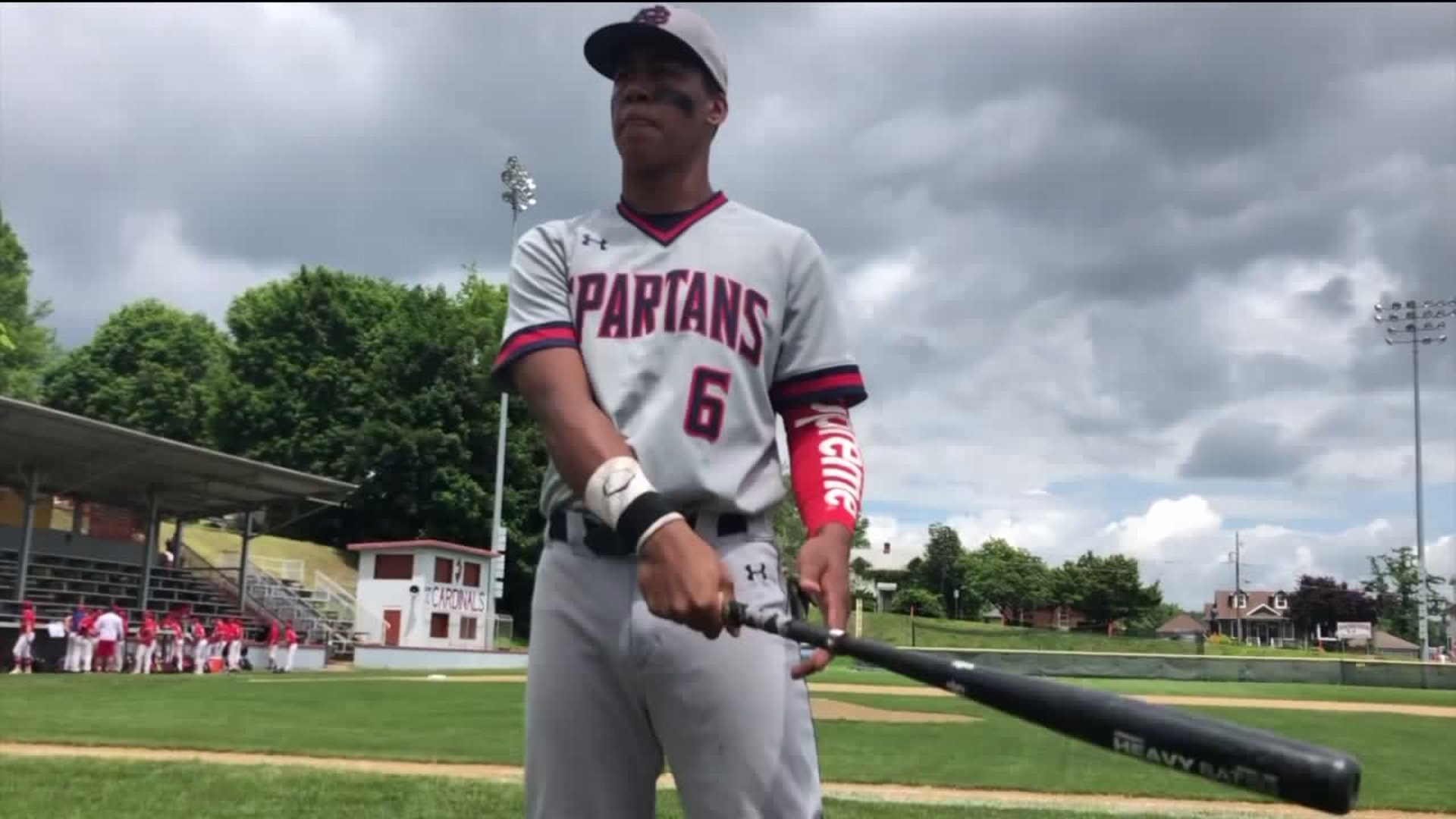 BUTLER TOWNSHIP, Pa. -- A high school baseball player from Schuylkill County became the first player from his school to be drafted by a major league team.

First baseman Reggie Crawford has a batting average that hovers around .500. On the mound, he can touch the low to mid-90s with a dominant fastball. But this humble North Schuylkill High School senior carries himself with class, grace, and a trademark smile.

"He's very personable," said his baseball coach Nick Brayford. "He always has a smile on his face. The teachers love him, everybody does. The little kids at school emulate all the kids, but you always hear them at recess. they want to be Reggie.

Now those kids have another reason to look up to Reggie Crawford. The 6-foot-4-inch lefty was drafted in the 37th round of the Major League Baseball draft by the Kansas City Royals. It's a lifelong dream fulfilled.

"I was at the gym. My trainer was about to head out because he had to go to his son's game and he looked at his phone one last time and he started jumping all over me. He said I was selected by the Royals. And I was surprised. It was a great feeling," Reggie said.

"Just excited for him. He's the first kid ever at North Schuylkill to be drafted. North Schuylkill's been there a long time, who went through our program since he's been in seventh grade is really meaningful to us, to me personally," Brayford said.

It wasn't long ago that Crawford contemplated whether he should go to college for swimming. As a junior, he won the Double A State Championship in the 50-yard freestyle. But his love for the game of baseball spoke to him.

"I never really enjoyed swimming. It was just one of those things I would do. Baseball was really my passion from when I was 3 or 4 years old," Reggie said.

Reggie now has a big decision to make. He signed his letter of intent to play baseball at the University of Connecticut. He can either go to UConn to improve his draft stock or go into the minor leagues. He says he'll make that decision in the next few weeks.