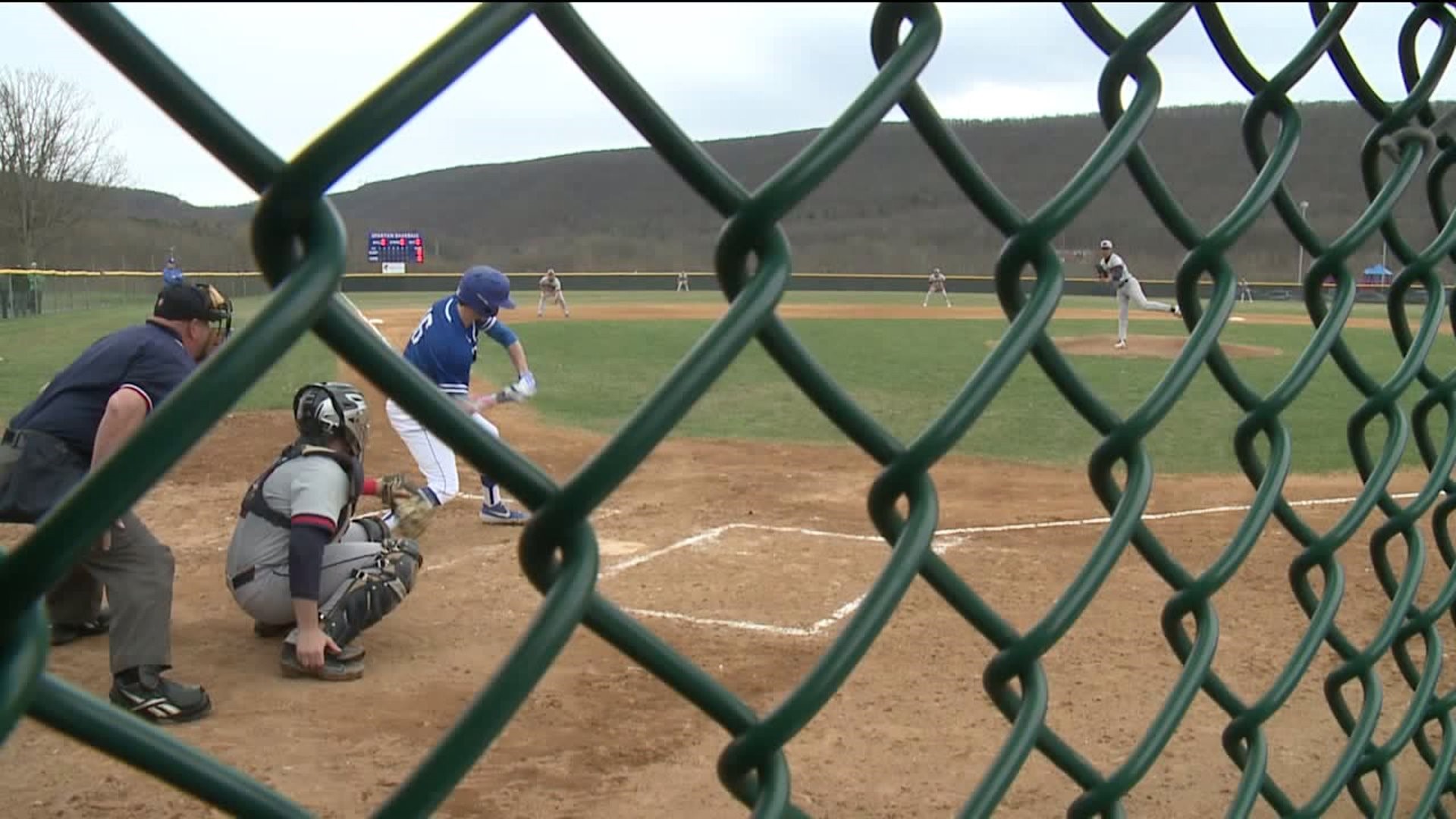 Verbally committed to the University of Connecticut-Crawford cut through the Eagles lineup with a 92 mph fastball and a can't hit curve in the 80's. Crawford went four innings leaving little doubt there is life in that arm.

In 2018 Crawford was the state champ in the 50 free in AA-one of the fastest kids in the state in swimming, but this season he decided to give swimming up to concentrate on baseball and that decision is paying off.

"In April last year I was probably 90 percent certain that I was going to college for swimming, but this summer really changed it around and I switched things up so I'm happy that I did," again said Reggie.

"His world has turned around in the last 12 months from going to be a state champion swimmer, and not really thinking about baseball to now have five, six, seven scouts at every game. Big things are coming for him," again said Nick.

Crawford reached 94 mph on the gun last fall. Once fully stretched out this spring with warmer weather Crawford says he can climb to 96 or 97 mph.

"I'm extremely excited. It's looking pretty promising so I can't wait for it," added Reggie.

"He does have that left-handed sling and like I said he really hasn't thrown that much in the last few years because of swimming. So he has a lot left in his arm and he has a lot more to learn," added Nick.