What's called Pottsville's oldest "skyscraper" has a new owner and a chance at rebirth. It couldn't come soon enough for one business owner. 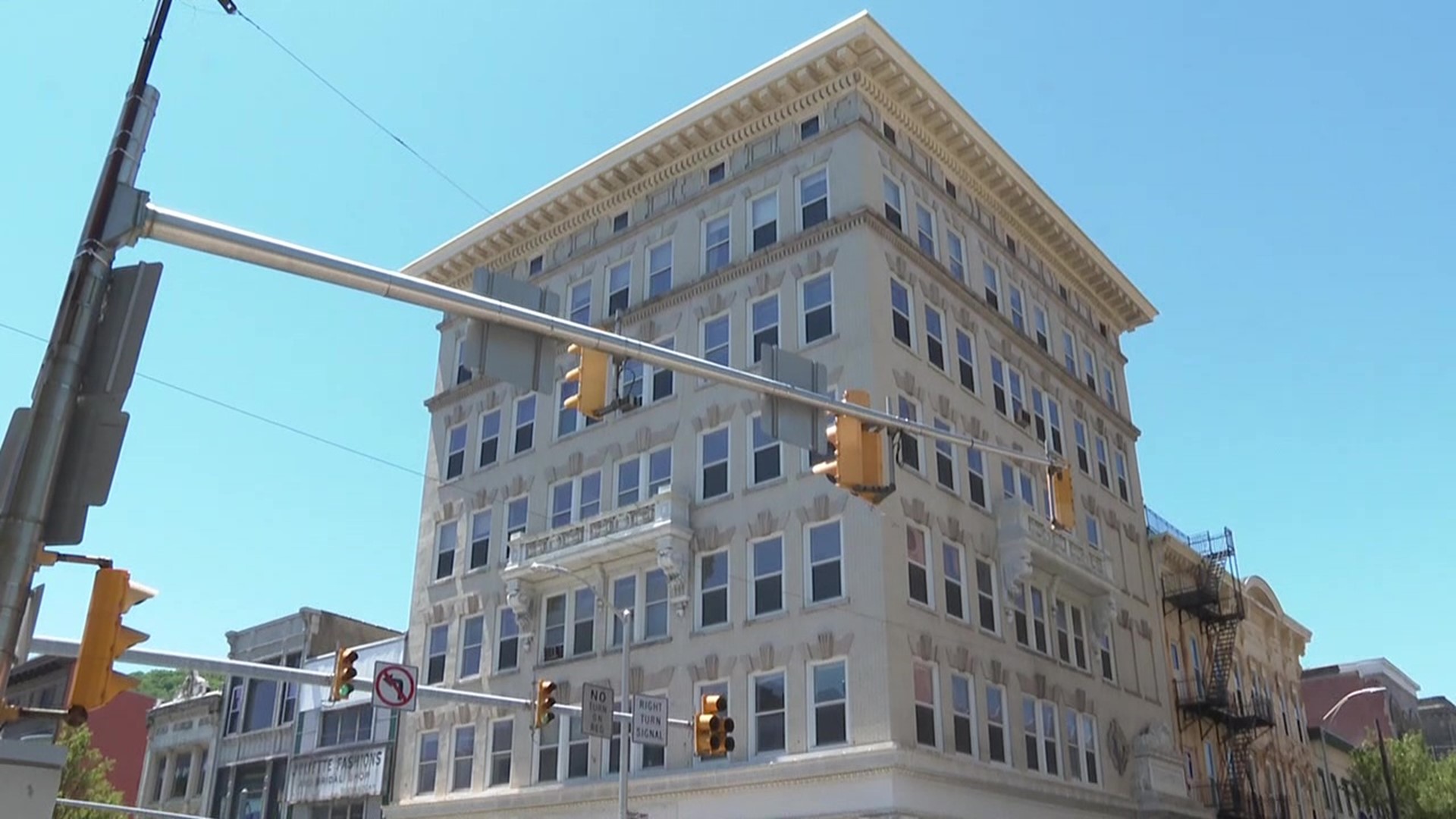 POTTSVILLE, Pa. — The Thompson Building has sat at the corner of North Centre and West Market Streets in downtown Pottsville for more than a century. The six-story building, known as the city's first skyscraper, has seen better days. The stores on the bottom floor are long gone and the building is vacant.

"It is sad to walk through here and see so many buildings that you know once thrived and were just booming, to see what it's resorted to now," said Michael Zielepuza of Pottsville.

Jeff Driscoll owns Driscoll Institute of Martial Arts right next door. He said the Thompson building has been causing him problems.

"I've had water leaking into my building through the wall for probably 10 years now, Driscoll said. "I'd just like to see some improvement, so it stops damaging my building."

Pottsville residents tell Newswatch 16 at one point the sidewalk in front of the building was blocked off because of the risk of façade falling from above.

Driscoll said his primary concern is his student's safety.

"That's a huge piece of concrete. If that comes apart it could come crashing down through here," Driscoll said. "I've got kids, parents and students walking through here all the time. If it were to happen it would be a big deal."

City officials said the building has a lot of potential, but it needs a lot of attention. They're eager to sit down with the new owners to discuss their plans.

"I'm glad it has a new owner," Zielepuza said. "Maybe he'll do something with it instead of it just crumbling and wasting away."

City officials said they have a phone number for the new owner, but they don't know who is behind the company and their calls haven't been returned.

Officials want to assist in the building's development. They want it to be a part of the downtown's resurgence, instead of a hazard.

"Do something with the building," Driscoll pleaded. "That's part of our problem in downtown Pottsville, we have a lot of empty buildings. The more businesses we have here, the more people it would generate."

"This community, this town could really thrive again if everybody puts in the effort," Zielepuza added.

City officials said they plan to give the new owners time to get the building up to code, but they want to see positive change soon.