A new brewery is weeks from opening in one Schuylkill County community, despite losing a significant investment due to the pandemic. 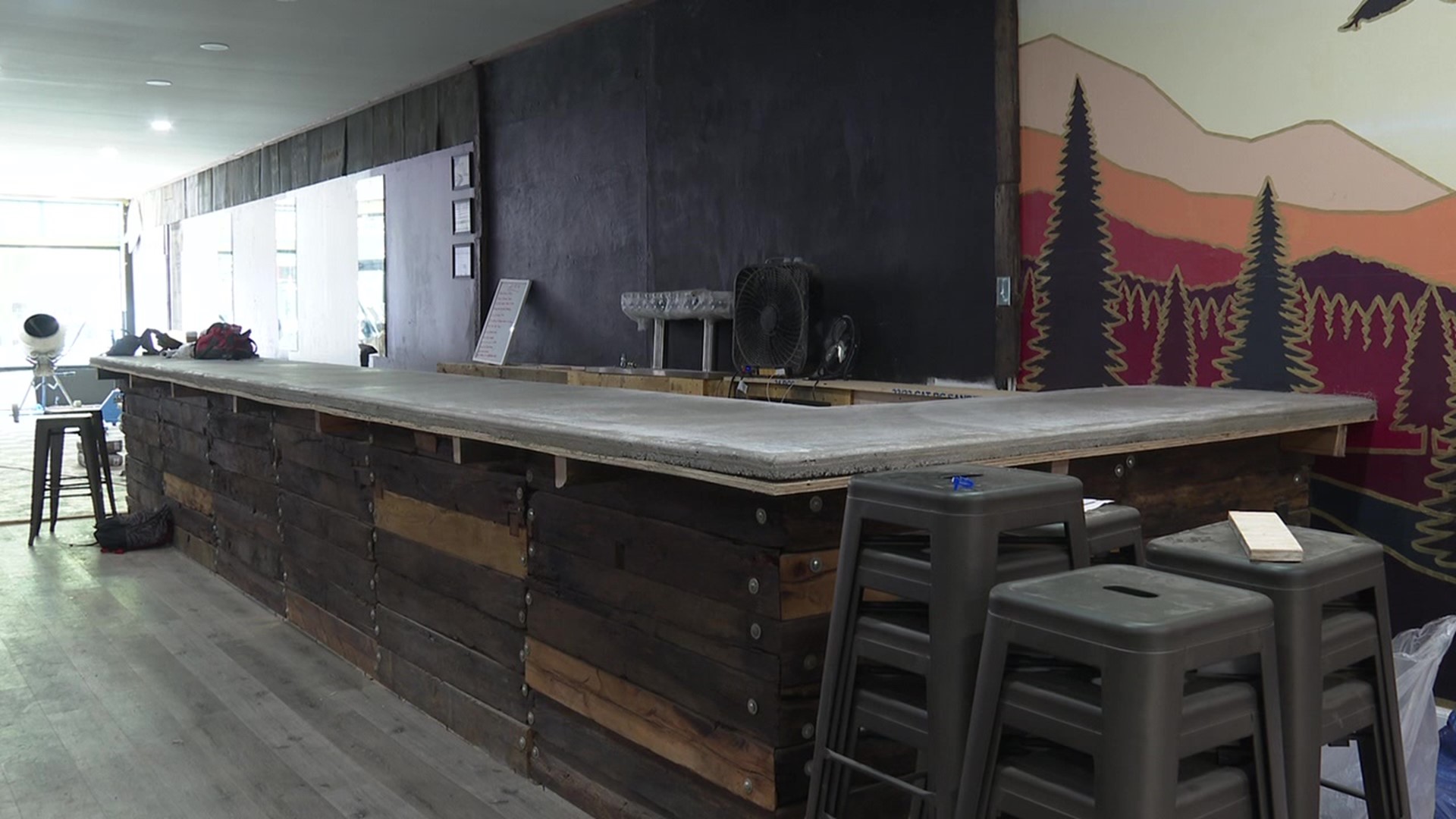 POTTSVILLE, Pa. — Pilger Ruh Brewing Company is just weeks from opening in downtown Pottsville. The owners said it would've been open months ago if not for the pandemic.

"COVID became a big deal to us because we got a loan for like $150,000 pulled from us," said Conlan Budwash, co-owner of the micro-brewery on North Centre Street. "We kind of had to piece this together with what we had."

"We were really banking on the loan with them because we were going to get a better system, and things would have been quicker, I feel like," said Tony Deppen, co-owner.

Instead, they used their connections and got creative.

They purchased the brewing system from friends at another brewery. They've incorporated reclaimed barn tin and used wood from the Keystone Pipeline to create the bar.

They've turned their walls into a canvas, bringing in local artists to create custom murals.

"We wanted to keep originality to everything," Budwash said. "A lot of people when they visit, they either knew it as the Coney Island or as the Oasis Bar, and we still have the original flooring that was here from there."

The delay means Pilger Ruh will be able to open up without worrying about many of the COVID-19 restrictions that plagued bars and restaurants over the last year. It will have 12 brews on draft every day and bring a unique atmosphere and experience to Pottsville.

"You don't have that real hometown feel place anymore," Deppen said. "We're really trying to do that and also bring business back to the community."

The owners of Pilger Ruh are taking a different approach than some other breweries in the area.

Instead of BYOB, it's BYOF. They're encouraging their customers to buy food from other local establishments and bring it to the brewery.

The owners want to work hand in hand with fellow businesses.

If we become a tourist attraction and then we have Blackrock and then we have Yuengling, we're going to bring more people to this area," Deppen said. "Then maybe a new business will move in across the street from us because they see the constant traffic coming down here."