A New Mexico man will now spend six months in jail for killing a bicyclist from Schuylkill County during a car accident in 2010. Gilbert Waconda had pleaded gui... 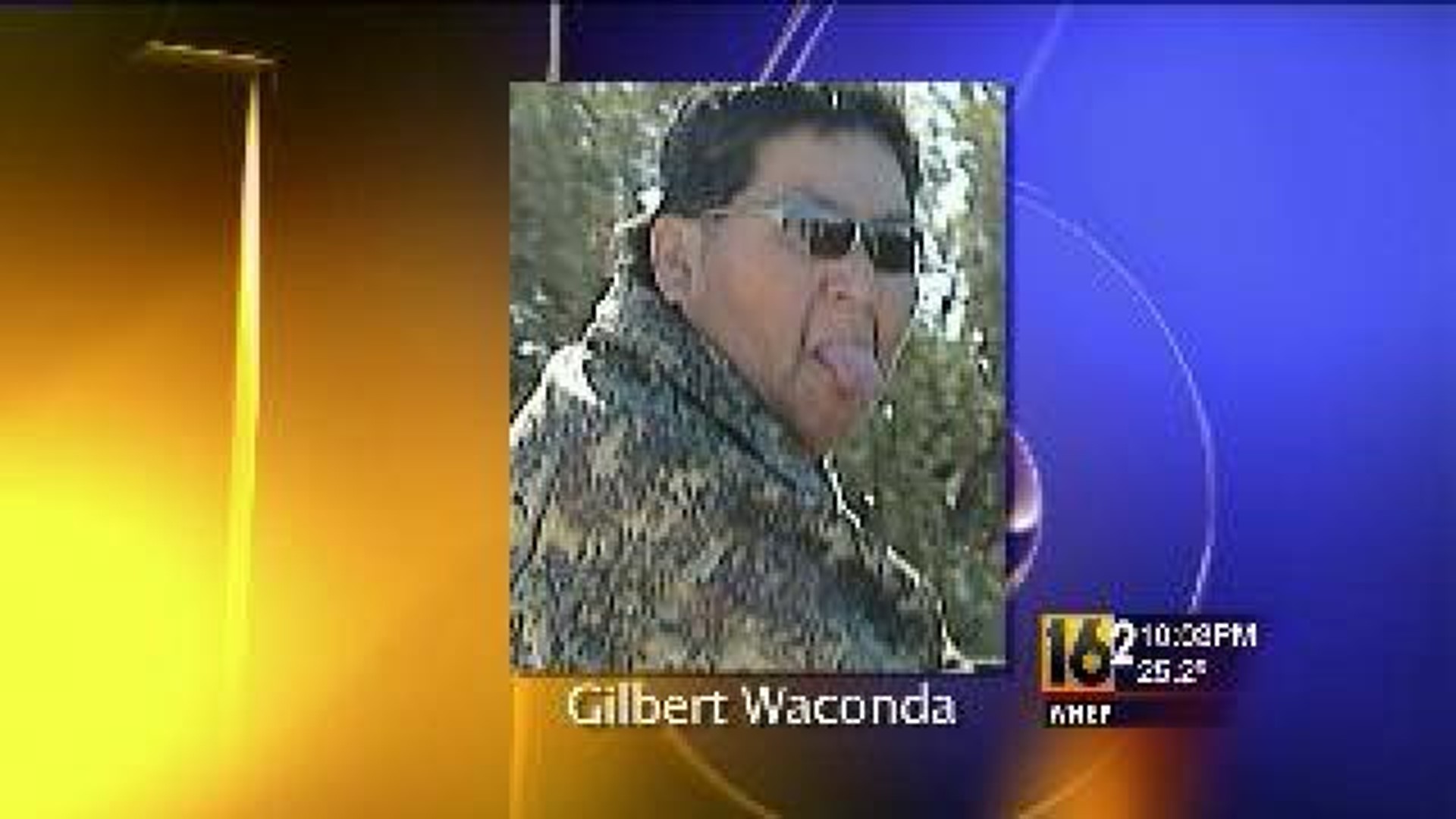 A New Mexico man will now spend six months in jail for killing a bicyclist from Schuylkill County during a car accident in 2010.

Gilbert Waconda had pleaded guilty to negligent homicide for the death of  John Anczarski, 19, of Ringtown.

Gilbert Waconda not only showed no remorse after being sentenced to six months in jail for a deadly car accident here in New Mexico, he even went as far to taunt his victim's family.

“Y’all take good pictures of that [expletive] kid,” said Waconda, slamming his door as he got into his car.

Waconda stuck his tongue out at cameras after he was given the maximum sentence, 182 days, by a judge in Laguna Pueblo for the June 2010 death of John Anczarski of Schuylkill County.

Investigators say Waconda struck Anczarski with his car while Anczarski was riding his bike along a highway on a Native American reservation.

Anczarski`s family says Anczarski left his home in Ringtown in May 2010 for a cross country trip with friends to raise money for breast cancer awareness.

Newswatch 16 sat down with Anczarski`s family in January 2012 when Waconda was initially charged.

His father said then the charges did little to ease their pain.

“I really didn`t feel any different than the moment that I knew Johnny wasn`t coming back, it doesn`t get easier every day.  You would hope it would but it doesn`t,” said Anczarski.

“Better get that camera out of my face, son of a [expletive],” yelled Waconda at reporters.

Anczarski`s father was at the sentencing, hoping for an apology. Unfortunately what he got was far from it.

Waconda has two days to report to jail, however prosecutors are wondering if his outbursts could land him in jail sooner or if additional charges could be filed.