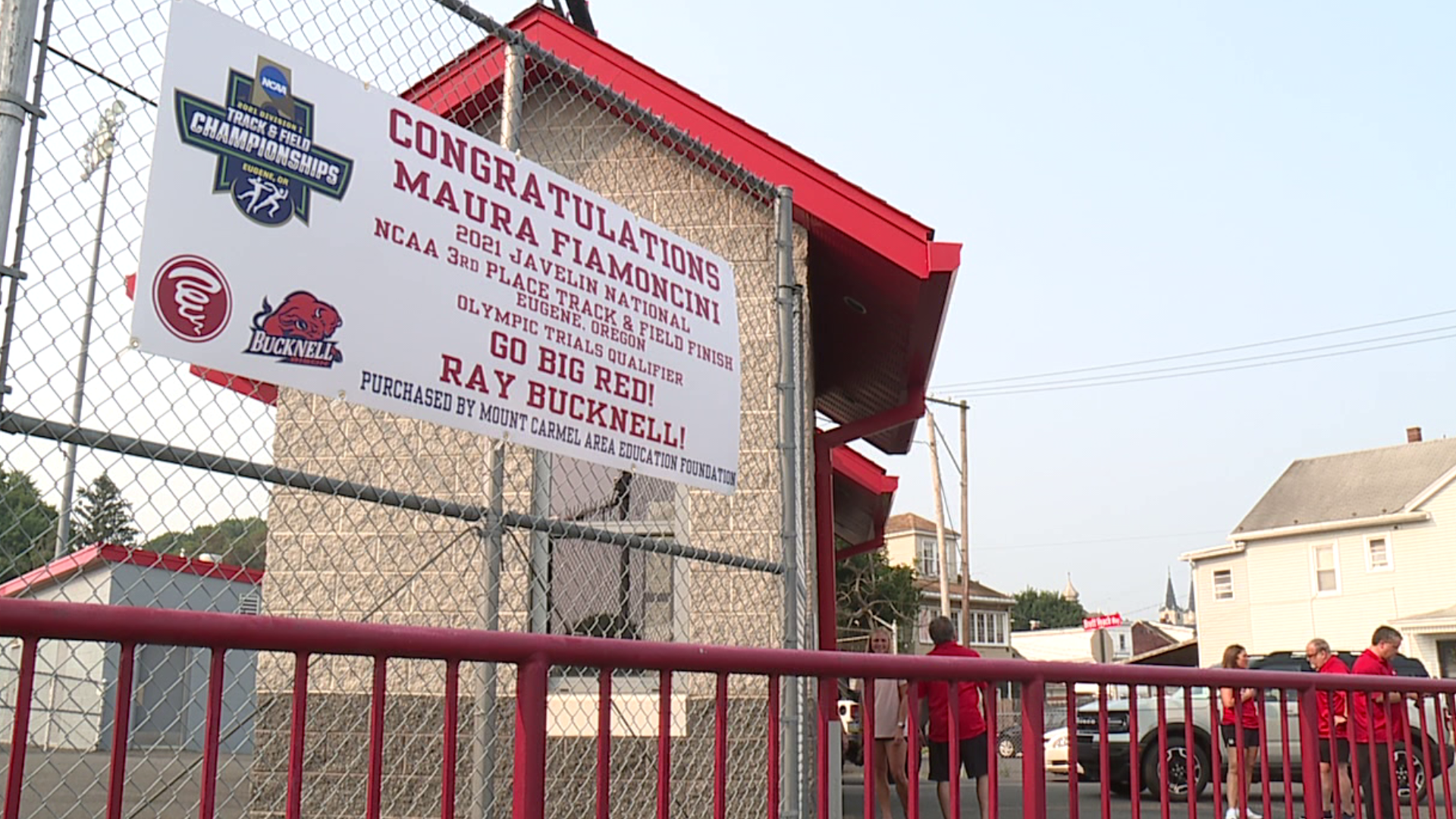 She just completed her collegiate career at Bucknell, which included qualifying for the Olympic trials in the javelin.

"There's no better way to end my career. I mean, I never really had an aspiration to make it to the Olympics. That would have been something that was, you know, above and beyond for me. So just getting to the Olympic trials was what I really wanted to do," said Fiamoncini.

A sign in her honor now hangs in front of the Silver Bowl in Mount Carmel.