BUTLER TOWNSHIP, Pa. — A motorcyclist crashed Sunday in Schuylkill County and he wasn’t found until 24 hours later, alive and in a creek. The skid m... 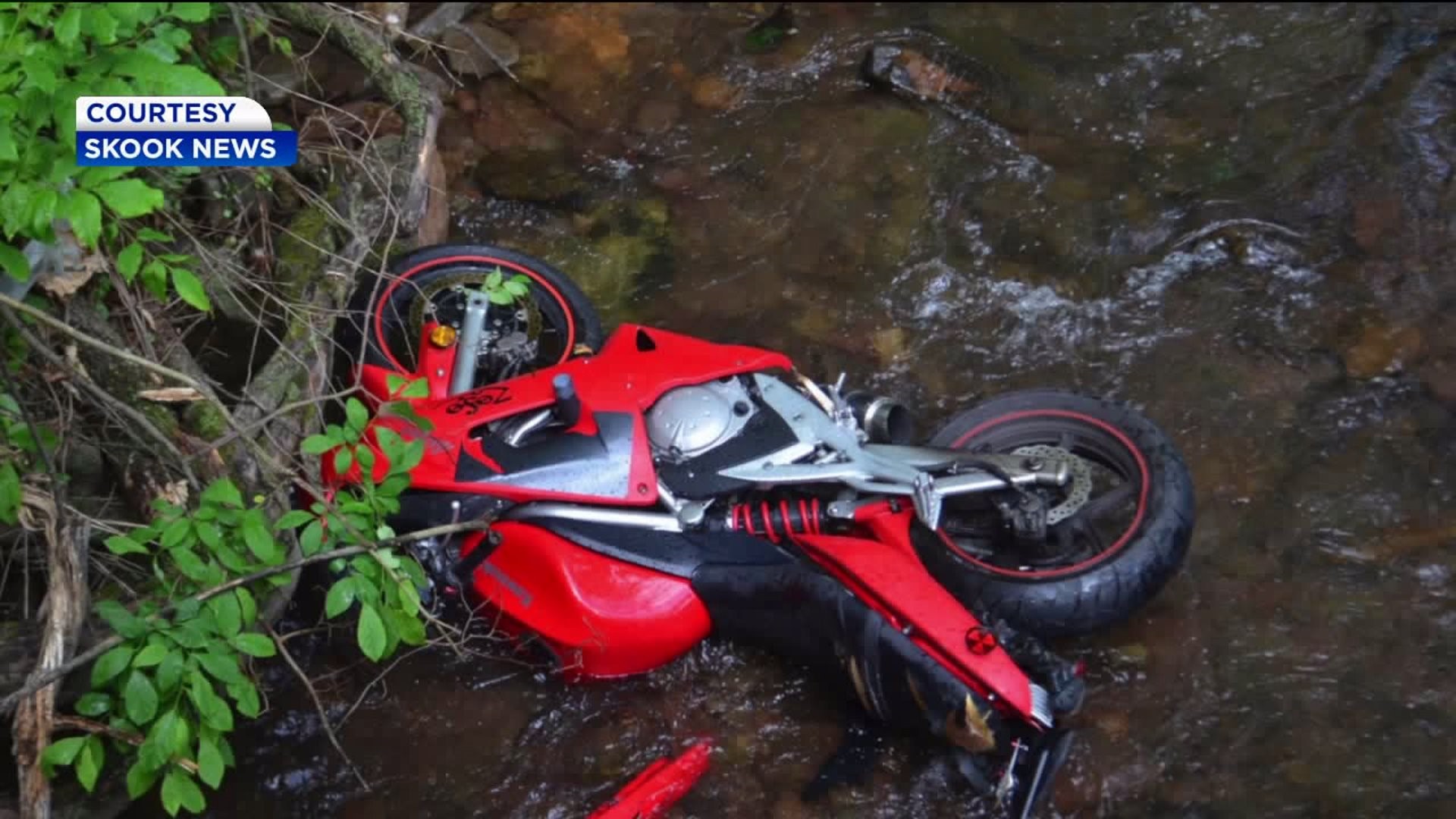 BUTLER TOWNSHIP, Pa. -- A motorcyclist crashed Sunday in Schuylkill County and he wasn't found until 24 hours later, alive and in a creek.

The skid marks remain, and a piece of the motorcycle lies in Mahanoy Creek after a motorcyclist was found in the creek around 5 p.m. Monday, nearly 24 hours after the initial crash.

"Unfortunately, we've had a lot of people go into the creek. This is the first motorcycle I think, though. Very chaotic once everything started, fire trucks, ambulances, people," said Patti Johnson.

According to Butler Township Police, Dalton Gross, 25, of the Harrisburg area, was traveling along Malones Drive near Ashland on Sunday when he lost control of his motorcycle. He and the motorcycle went barreling into the creek. He wasn't found until about 24 hours later by a homeowner nearby, still alive.

"You could see the tire tracks of the motorcycle in the grass and then the motorcycle was lying up against the bank and the man was laying stomach down in the water. We just feel bad we weren't home," Johnson said.

Police say Gross was awake and conscious when they found him and told them he wrecked on Sunday. He was transported to a local hospital and is currently in critical condition.