MINERSVILLE, Pa. — A day after a motorcyclist was killed in a crash in Schuylkill County, his motorcycle club members continue to mourn his sudden loss. G... 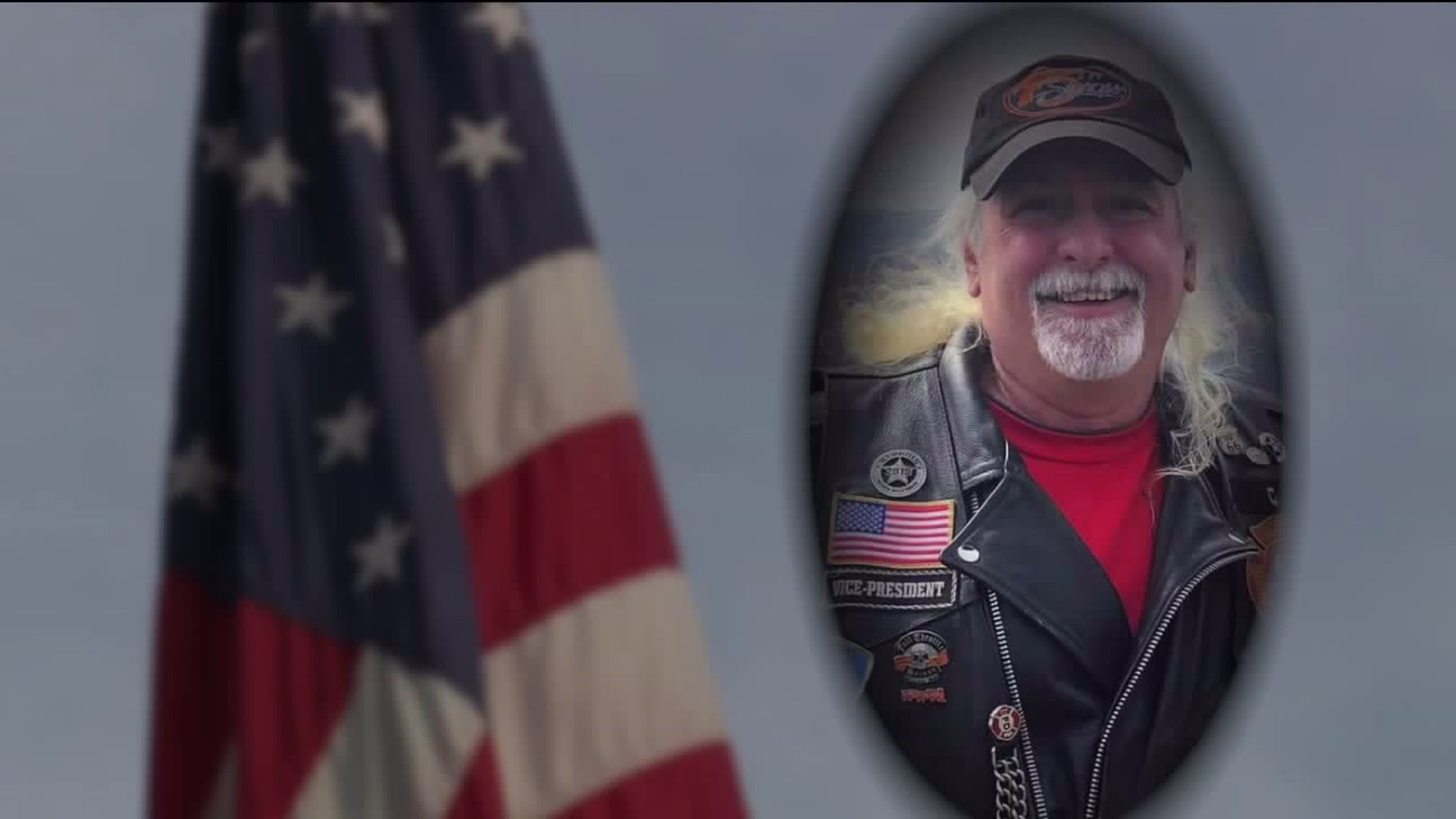 MINERSVILLE, Pa. -- A day after a motorcyclist was killed in a crash in Schuylkill County, his motorcycle club members continue to mourn his sudden loss.

“Nobody could believe what happened, for a man that's always been here for us, does a lot for the community,” said President Robin Wagner.

“We consider ourselves a family and we lost a brother, and we are all in huge grief today,” said Secretary Karen Wagner.

State police say Purcell was riding his motorcycle on Route 61 around 3:30 p.m. when he collided with a truck that was making a U-turn.

Purcell was wearing his helmet but died at the scene.

He leaves behind a wife, Donna, two daughters, and three grandchildren, one of whom, a newborn, passed away earlier this year.

Despite that tragedy, Donna says her husband remained positive.

“He was, he had a smile for everybody, willing to help out with anybody, anything that anybody needed,” said Donna.

As the vice president of the motorcycle club, members say Gary was pivotal in organizing charity rides for area nonprofit groups.

“Best guy I ever met,” said member Tom Curry. “He was very willing to go out and help anybody who came, gave out a lot of money, very family man. He's going to be missed in this organization.”

His wife stood holding Gary's jacket; on it highlighted in orange are the states they've ridden through.

“Next week we're supposed to go visit Georgia and Florida so we could fill those in,” said Donna.

According to Gary's wife, his wishes were that he be cremated and that some of his ashes spread over his favorite place to ride ATVs.

“His wishes were to always be cremated, his ashes put on Stephen Road and have a party,” said Donna.

Donna says she will make that ride through Georgia and Florida eventually.