POTTSVILLE, Pa. — An elementary school in Pottsville has been closed this week due to problems with mold. The Pottsville Area School District received a r... 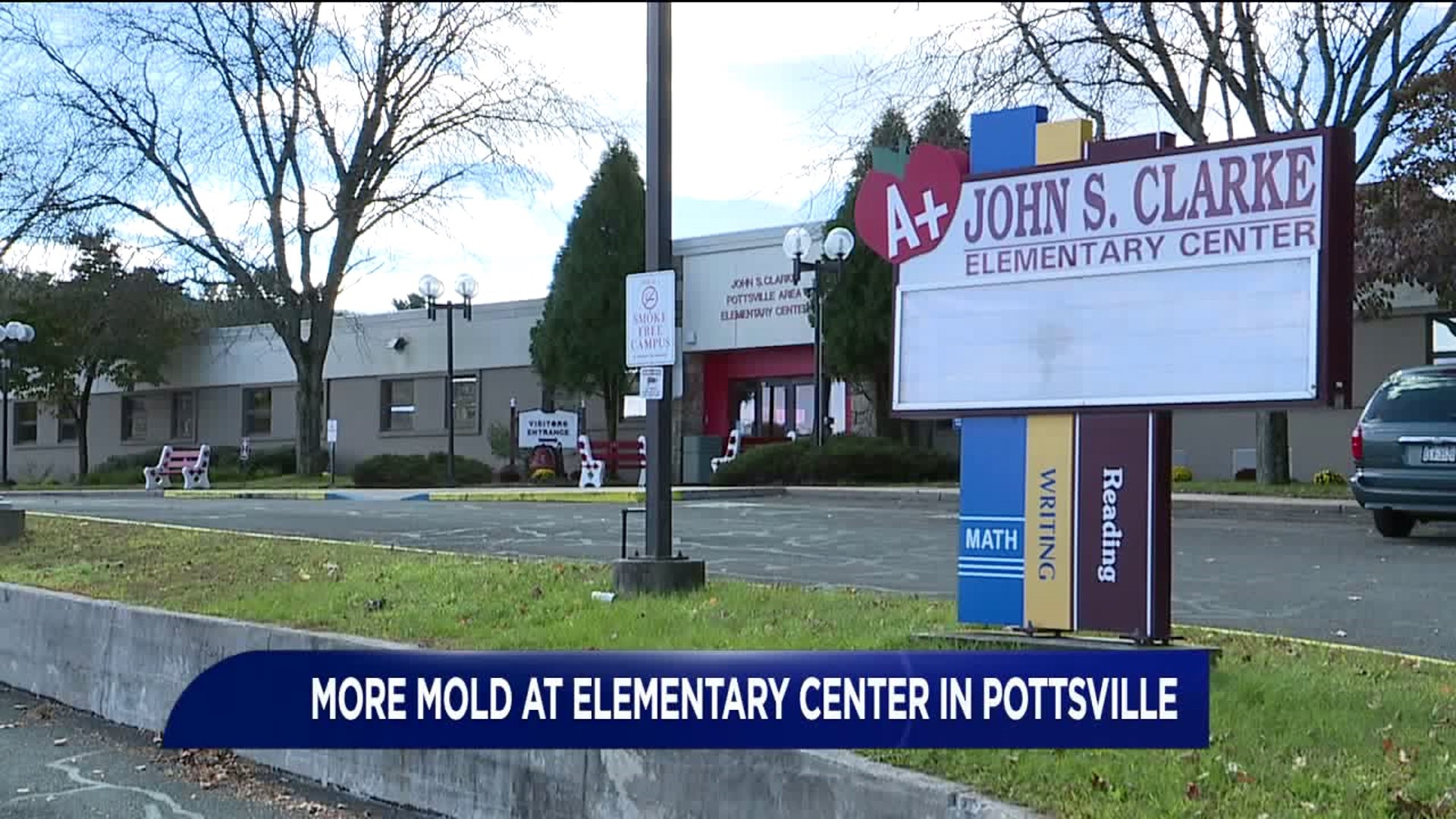 POTTSVILLE, Pa. -- An elementary school in Pottsville has been closed this week due to problems with mold.

Classes were canceled for the rest of the week, but the district has a plan in place to get kids back into the classroom on Monday.

"A majority of rooms in the upper building at the elementary center had elevated levels of airborne mold. The recommendation from our air-quality expert was to shut the building down," said Pottsville Area Superintendent Jeffrey Zwiebel.

The district got those test results Tuesday night.

Mold was also discovered inside the elementary center back in August, causing school to be canceled for a few days then as well.

The district has a plan in place to get students back at their desks starting Monday.

The Pottsville Area School District says weather may have played a factor in the mold spreading given how humid and damp it's been in Schuylkill County.

"She misses her friends," said parent Angela Walters. "She goes on the candy cane bus with a lot of her little friends and she misses them. I think that they should do something with the mold, like try to get rid of it, clean it up, or get what is mold and get rid of it and throw it away."

The Pottsville Area School District says the three days missed this week will be made up. The hope is to have the John S. Clarke Elementary Center occupied again in late October.