ORWIGSBURG, Pa. — Blue Mountain West Elementary School here in Schuylkill County has a problem with mold. While the issue is being fixed, kindergarten thr... 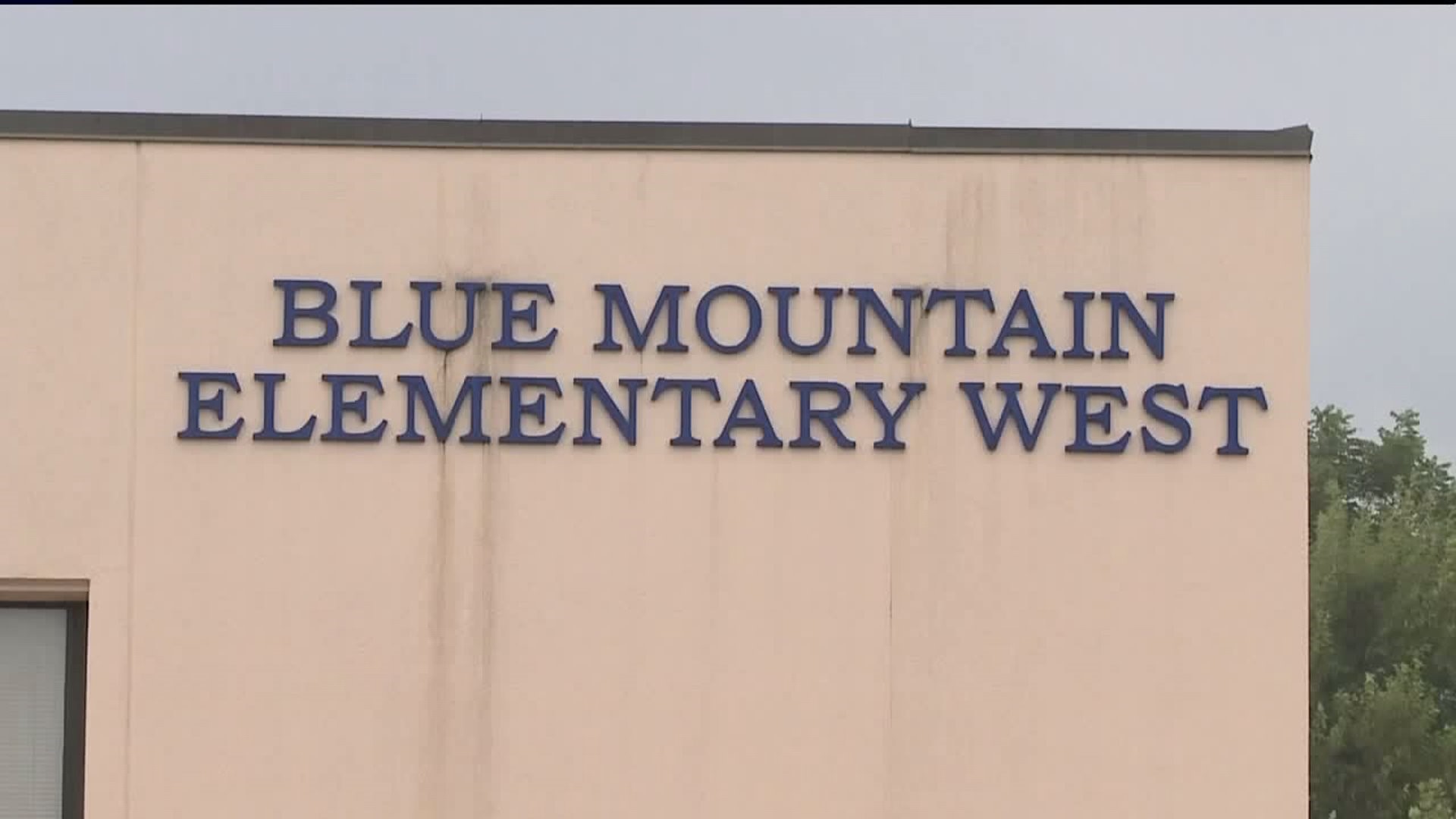 While the issue is being fixed, kindergarten through second grade will be sent to the currently unoccupied Saint Ambrose school in Schuylkill Haven. Third graders will be sent to Cressona Elementary.

When students start for West and Cressona is still up in the air.

Concerned parents packed the auditorium for this school board meeting at Blue Mountain Middle School in Orwigsburg.

Parents were shown pictures of mold at Blue Mountain Elementary West. 300 students go to the elementary school, and now they'll be bused to Cressona and Saint Ambrose school for the time being. Parents are frustrated the first day of school has been pushed back for West and Cressona, with no definite first-day set yet.

“I know a lot of people have childcare issues and we were depending on that school day,” Melissa Harttman of Pottsville said.

The superintendent says the mold problem here at Blue Mountain Elementary West began in March when a pipe burst and sprayed water all over. Contractors began ripping up the building in July and found more problems than they initially realized were there.

“Then we found some mold and some water damage from the exterior walls and so once we started doing that, we left no stone unturned. I said let's make sure we check every wall,” superintendent of Blue Mountain School District David Helsel said.

The superintendent says the district will be giving parents a definite date on when school will begin for West and Cressona in the next couple of days, but it will likely be a week later, after Labor Day.