MINERSVILLE, Pa. — First, a groundbreaking ceremony was held in early May. Six months later, another celebration to mark the completion of Minersville Vet... 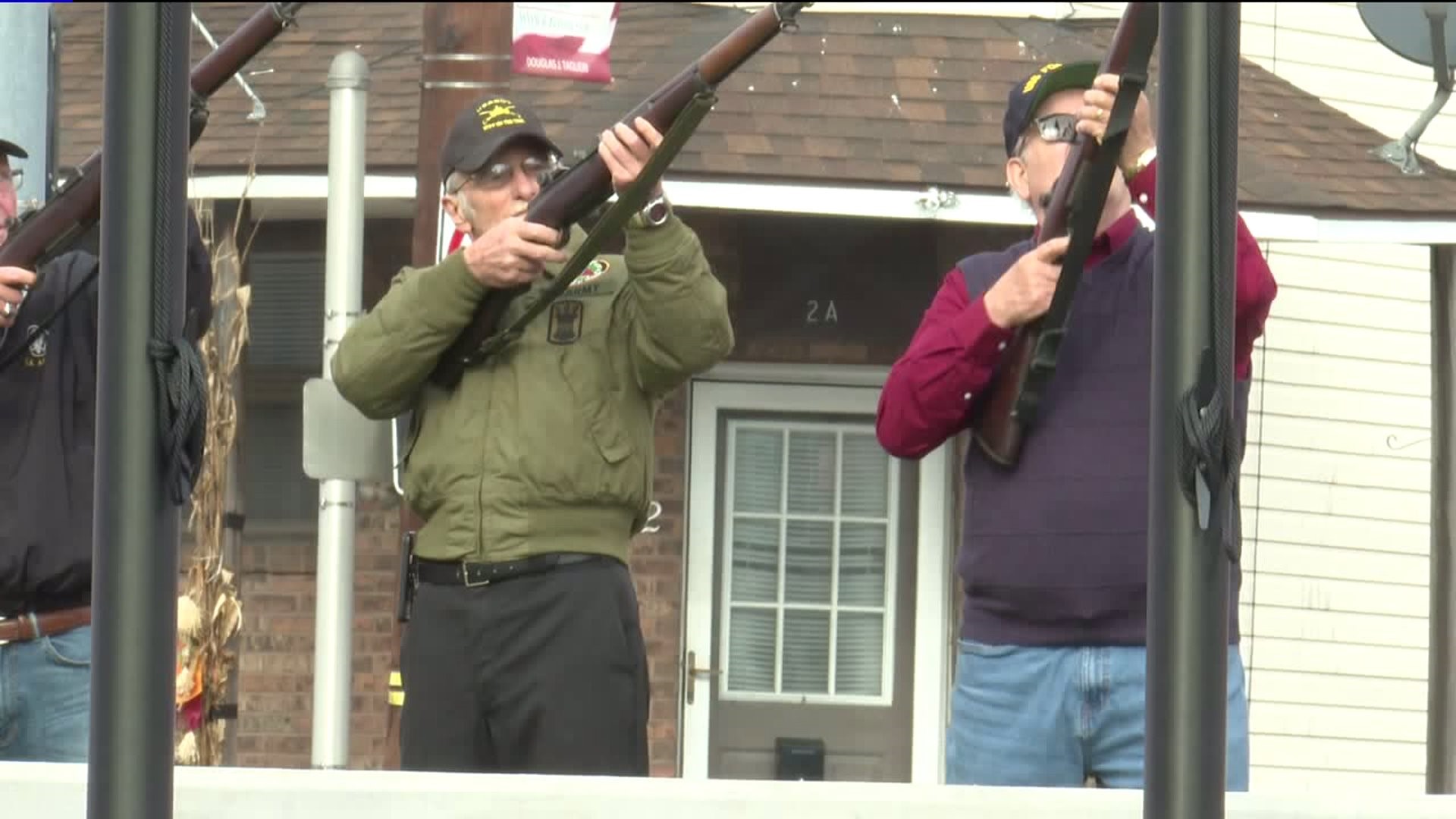 "It's important to me that people remember that there are servicemen and women out there every day who have been serving since 1775 to protect this country and to keep it free," said Commander Bob Laughlin of Minersville American Legion.

Before this space went through a makeover, it was just an empty plot of land. Before that, it was home to the American Legion post before it was torn down in 2017.

Now, its the start of a new chapter in this part of Schuylkill County. A park that honors all veterans from Minersville and the surrounding area.

"It makes me feel great. To see what the community does and what the people of Minersville do. I also spent a lot of time in this building before they tore it down," said Army veteran John Hudock.

"Oh, the ceremony was beautiful. This means a lot to the veterans. It's about time we get recognized for our service," said Paul Ciotti.

The park sits at the intersection of Delaware Avenue and Sunbury Street, which is the most heavily trafficked area of the borough.

"It's basically a corridor through our town. To see people passing through, seeing such a nice park honoring the veterans, it just shows that Minersville is looking to revitalize. This was on the side of the blighted building. It's transformed into something that is honorable," said Minersville borough manager Bob Mahalchick.

The park in Minersville was paid for by several state and county grants, with the borough covering the remaining costs.