An old factory in Schuylkill County is on its way to finishing a comeback story, and borough officials say it's a big step toward turning that area around. 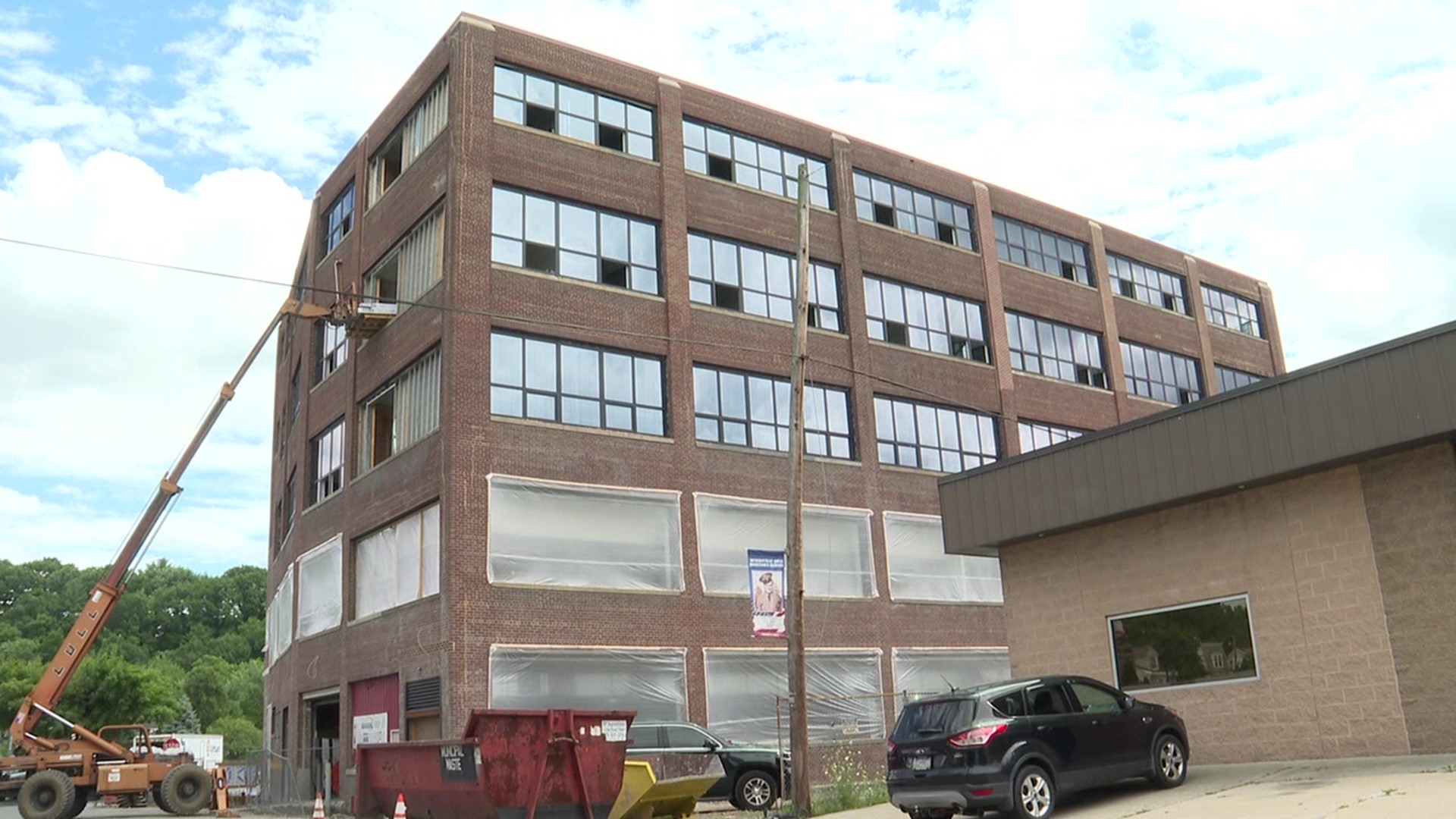 MINERSVILLE, Pa. — "Minersville is on the move," said borough manager Bob Mahalchick about the renovation and construction going on at an old garment factory that's been empty for 50 years.

"It's a great addition aesthetically and economically to the borough."

QSP Development and Quandel Construction have been hard at work this summer, turning this notable structure that was almost dilapidated, into a luxurious senior high rise—a project that many people here are excited about.

"Instead of a vacant building, you have 30 elderly apartments, LIFE Geisinger moving into town with about 50 to 60 jobs, so that's a plus, and it's a jewel of the city," said Craig Shields of QSP Development.

The five-story building will have ten apartment units on each floor for senior citizens in the area. The first floor will be a parking garage, and Geisinger will also have a space on the second floor, providing health care to people in this part of Schuylkill County, while also bringing jobs to the area.

Borough officials say this is a crucial step toward revitalizing the borough.

"The demographic here is in need of affordable housing for elderly, combined with LIFE Geisinger. LIFE Geisinger serves as a senior citizen daycare, and they tend to the medical needs of the people of this town and the surrounding areas, and I think the combination of those two really serves the community well," said Bud Quandel of Quandel Construction.

The project in Minersville is slated to be completed by the end of October or early November.