NEW PHILADELPHIA—It was a surprising discovery when last month a worker digging along the side of Route 61 in North Manheim Township uncovered human remai... 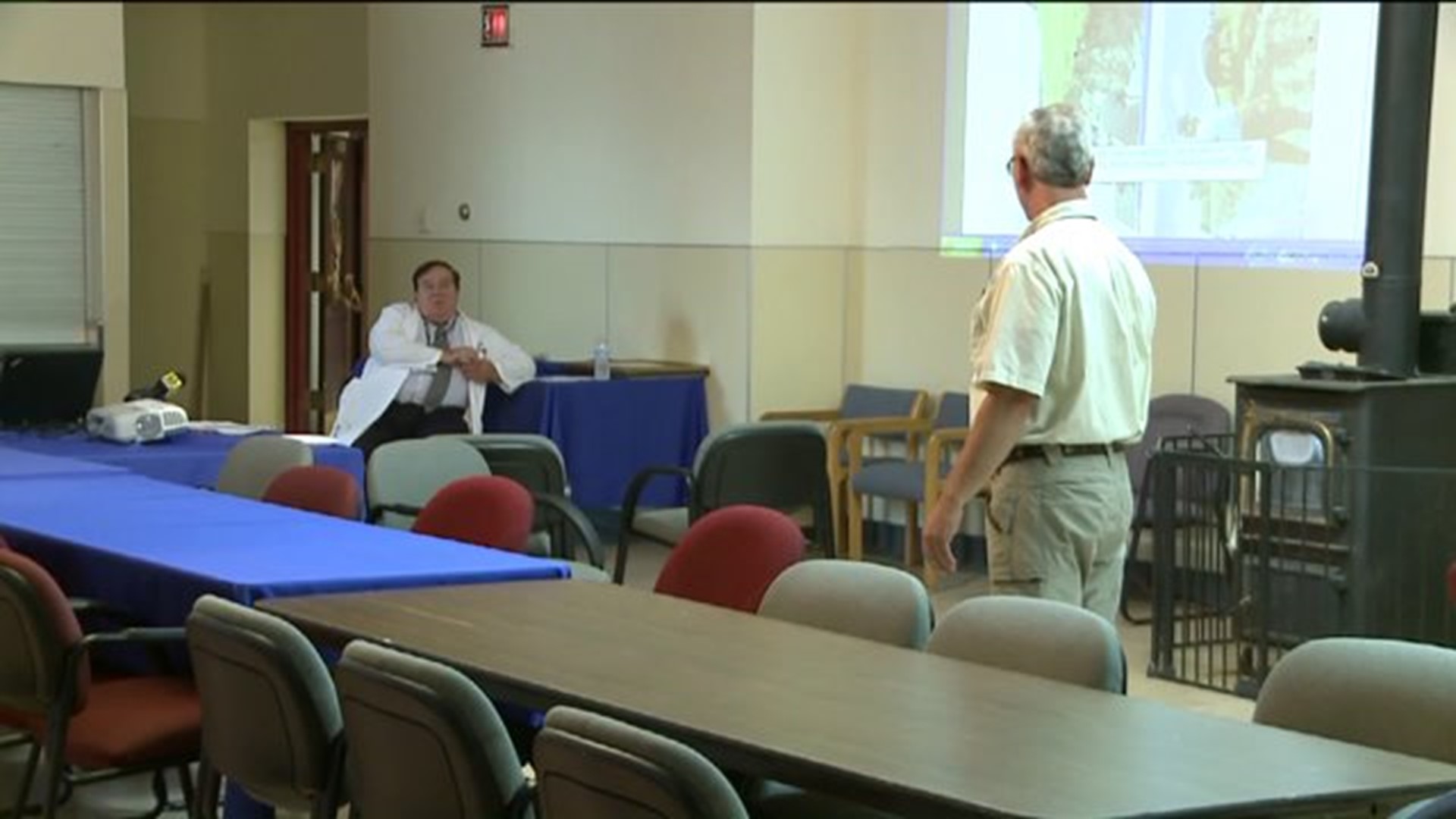 NEW PHILADELPHIA---It was a surprising discovery when last month a worker digging along the side of Route 61 in North Manheim Township uncovered human remains, bones that historians believe may date back to at least 1918, a mass grave of victims of Spanish influenza.

"A lot of it fits, people that died very rapidly and with the Spanish flu, you could wake up well and by the time the sun set, you were dead. So it was a catastrophic illness,” said Dr. David Moylan, the Schuylkill County Coroner.

Local historians say there's also evidence that land was once a cemetery for a local almshouse, a place where the poor or those without families were buried.
PennDOT is working on a project in the area of the burial ground, though crews say the work is mostly finished.
Now, county, state and even federal officials are considering different options about what to do with the bones: cover them up, or dig them up and move them elsewhere.

A special meeting in New Philadelphia Wednesday night was to get input from people living in the area.

"What I would like to see happen prior to a decision would be radio-carbon dating which is something I think would help us determine the age of the sediment as well as the age of some of the remnants, the bone fragments that were found,” said Jennifer Bowen, the president of the Orwigsburg Historical Society.

"They need to do a lot more investigation of what really was there, because there seems to be some discrepancy,” said Donald Davis of North Manheim Township.

Officials say they'll weigh everyone's opinions before they make the final decision about what to do. They hope that will take no more than a few weeks.

“So far, most of the comments seem to be, don't disturb anymore. If you can possibly help it, let these people rest in peace, if they can be left to rest in peace and I think that's going to be possible,” said Mark Shaffer of the Pennsylvania Historic Preservation Office.