Three Locked Up Accused of Stealing From Church During Mass 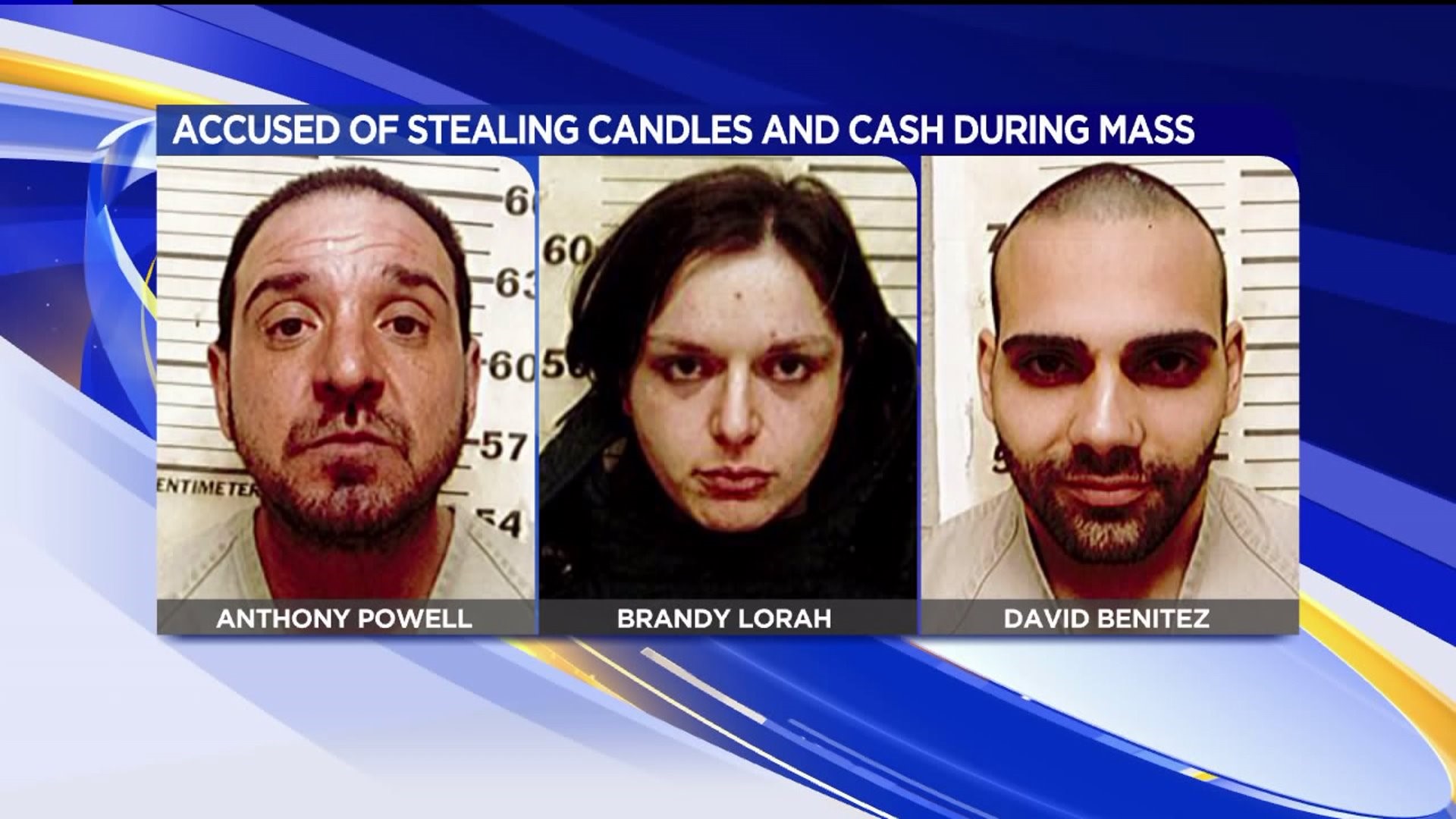 A witness told police they sat separately in the back. Next, Powell walked over to the donations table, took donations and offerings. Then, all three left.

Lubow Dowger is a parishioner and was at that service.

"I didn't see anything because we were up front and all the way in the front and when the service was over, we were coming back, the cops were in the back and that's all we saw,” said Dowger.

Police were called and officers found Powell walking in an alley about seven blocks from the church.

When asked if he had taken something from the church, court papers show he produced a candle.

Police did not arrest Powell then but officers showed the witness his picture and she identified him as the person who took the donations, said to be more than $200.

"I think there was a lady that was seated in the back who might have called the cop,” added Dowger.

Carol Wolff lives across the street from the church.

"It's disgusting that people have to rob places to get drugs, to do whatever,” said Wolff. “Get a job. That's a church, that's God's house.”

Police eventually found the trio at a condemned house on East Adams Street in McAdoo with the stolen items.

All three were taken into custody.

“These folks are from Schuylkill County, two of them are from McAdoo,” said McAdoo Police Officer Frank Lahovski. “To the police department, they are known individuals, all of them.”

Anthony Powell and Brandy Lorah are being held on $20,000 at the Schuylkill County Prison.

Police say David Benitez is being held at the prison on an outstanding warrant on him.