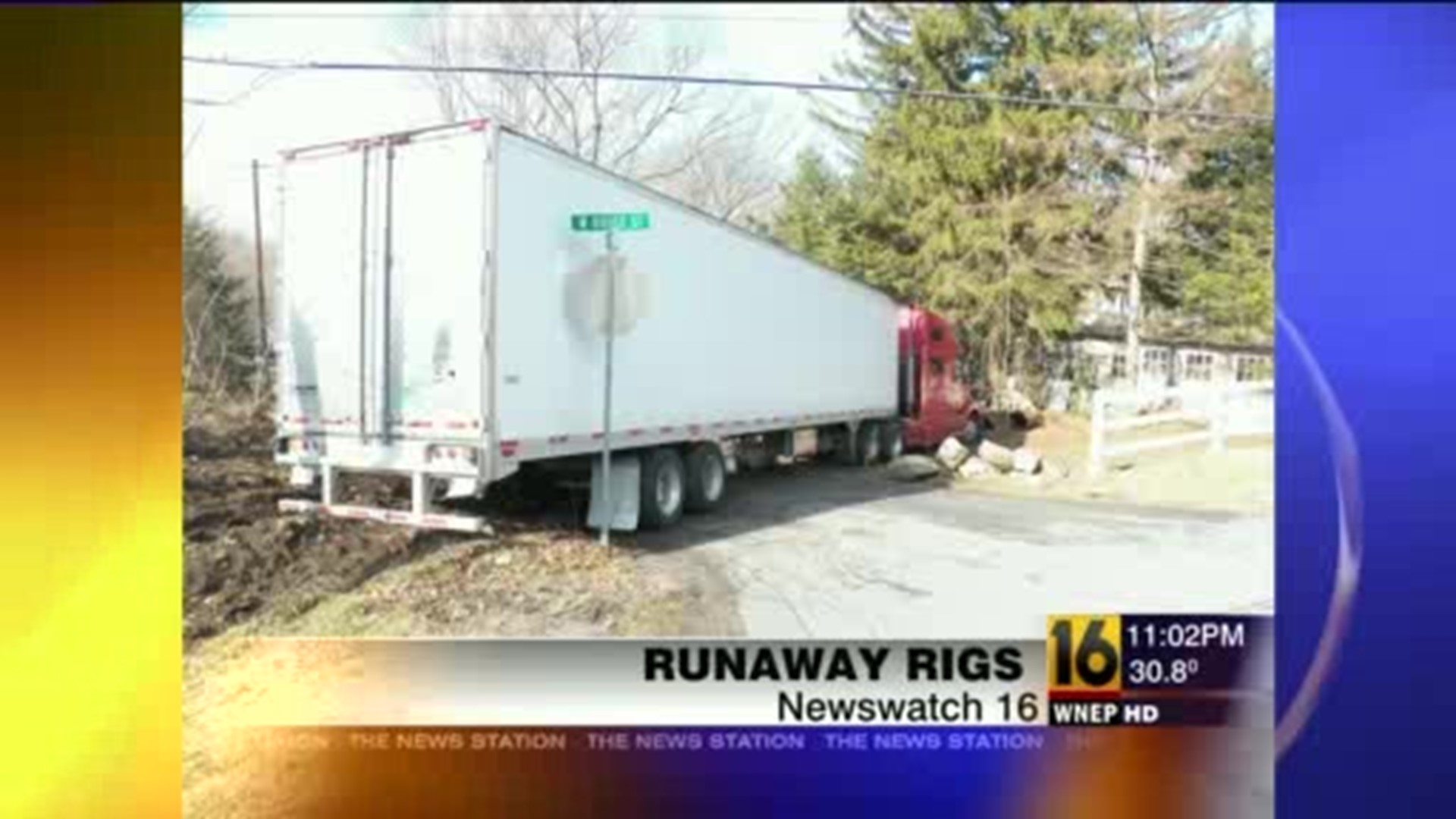 Safety concerns remain high after another tractor-trailer crashed in a neighborhood in Schuylkill County.

Butler Township police said the driver of the crash will be cited for having bad brakes and ignoring road restrictions.

Now the mayor and residents of Gordon want to make sure future crashes are stopped.

A tractor-trailer ended up in a yard in the borough of Gordon after Butler Township police said the driver lost control while coming down Gordon Mountain Road Wednesday afternoon.

The rig took out a utility pole. Is is the latest in a series of truck crashes in Gordon.

People said they are fed up with the safety hazard.

“I mean there’s houses right there, when the trucks coming down, it’s really close to our neighbors so it’s very scary,” said Lisa Durand. “And even the power was out yesterday when it happened. So that was another problem.”

Over the years, roughly a dozen trucks have crashed after losing control coming down Gordon Mountain Road; at least two ended with the drivers being killed.

The Cheeseman family lives right near the base of the road and said every day they fear a big rig will crash into their house.

“You sleep light,” said Carol Cheeseman. “You don’t do a hard sleep. Since I’ve been up here I’ve never done a hard sleep.”

The number of crashes has led to run-off ramps and weight restrictions, with trucks over 19 tons prohibited.

Butler Township police said in this latest crash, the driver will be cited for having faulty brakes and ignoring the posted restriction signs.

“I think the issue is that a lot of them are from out of state, unfamiliar with the local roads,” said Mayor Nick Troutman. “A lot of them don’t speak English which we found out, so we’re not sure if they can read English either.”

Mayor Troutman said he’s reaching out once again to transportation officials to see what options are out there, including possibly adding multi-language signs or banning trucks altogether.

“Banning trucks may be difficult because of the surrounding municipalities. They don’t want truck traffic diverted on to their roads, bringing trucks to local roads,” said Troutman. “So we’re not sure what we can do but it may have to come to banning trucks.”

The mayor said he is coordinating with his state lawmakers and PennDOT and is hoping to have some form of meeting within the next two weeks.