'Must see it before you die' - Martz Hall recognized

A high school gymnasium in Pottsville that many people in our area see as historic and iconic is now being recognized nationwide. 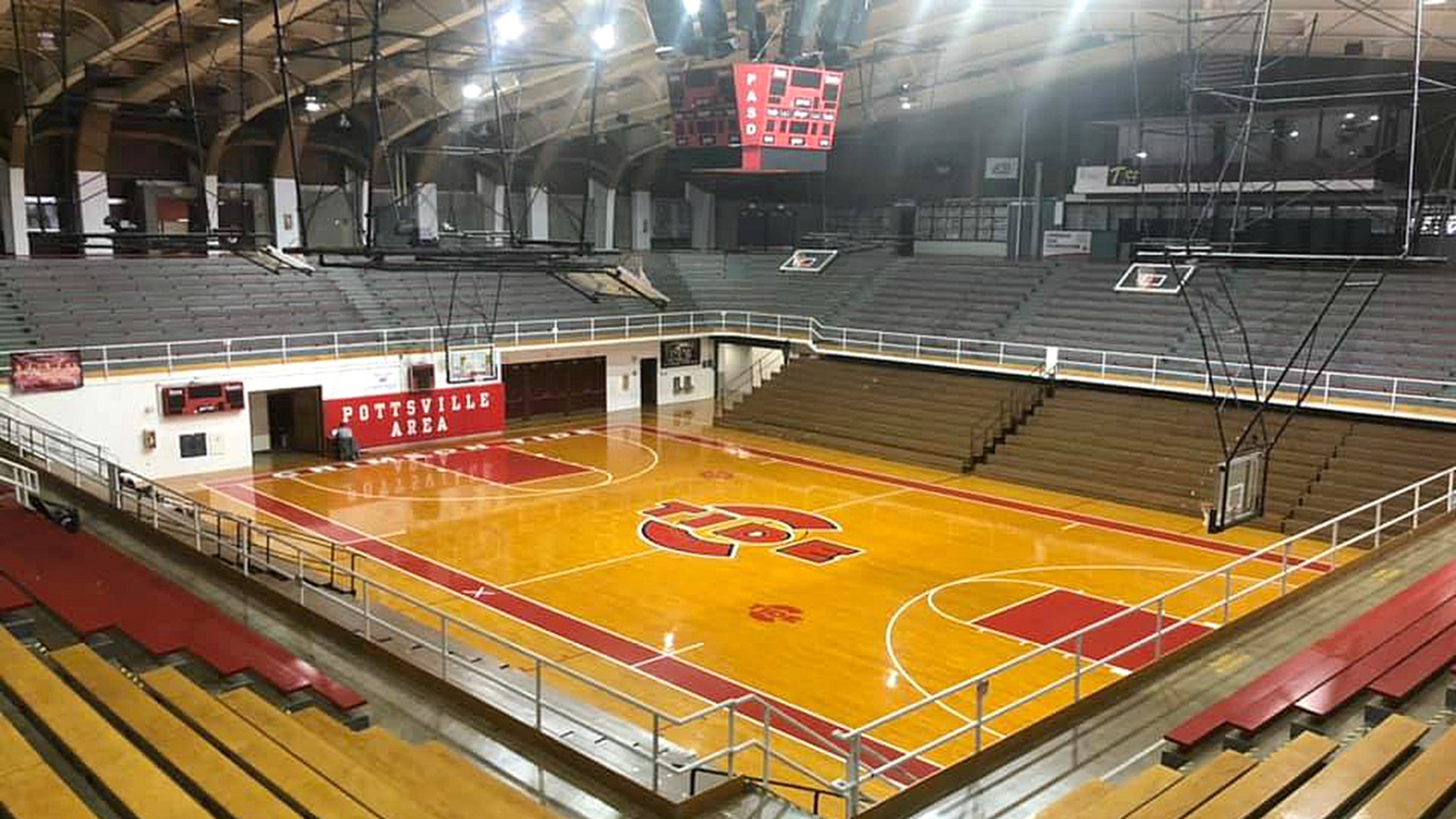 POTTSVILLE, Pa. — Martz Hall otherwise known as "the mecca," is one of Pottsville's true gems and when you walk inside, you get a feel for the history. Now, this iconic gym on Laurel Boulevard is being recognized as one of the best nationwide.

This week, MaxPreps, an online service that specializes in the coverage of American high school sports listed Martz Hall as one of the top 10 high school basketball gyms you need to see before you die. It's an honor those who know this place well can attest to.

"It is by far my favorite gym to go to. The Schuylkill League playoffs are amazing when you see just as many people there for girls basketball games as boys basketball. I think just playing in that atmosphere for high school kids is something they never forget, win or lose," said Newswatch 16 sports director Jim Coles.

This year, Martz Hall is celebrating its 50th year of existence. In those five decades, there have been epic performances from some marquee names on the floor, from Sam Bowie to Kobe Bryant and Gerry McNamara.

"I did the scorebook that day for Kobe Bryant and to see an icon up that close was incredible, not realizing that he was going to become an NBA legend. But you could tell that day when he played Stroudsburg that he was a man amongst boys," said Pottsville assistant AD Scott Mattea.

Also known as "the Heaven of Hardwood," Martz hall Was built in 1970 and seats a little more than 4,000 people. In addition to those legendary high school basketball games, there have been other notable events there as well. Muhammad Ali once fought at Martz Hall. The Harlem Globetrotters have put on shows there, and even George Bush and Dick Cheney made a stop in 2004.

Martz Hall has long been seen as an iconic venue in Schuylkill County and now, the rest of America knows as well.