MAHANOY CITY, Pa. — One day after police say a drunk driver drove his car into a sign welcoming people to Mahanoy City, there’s not much left of the... 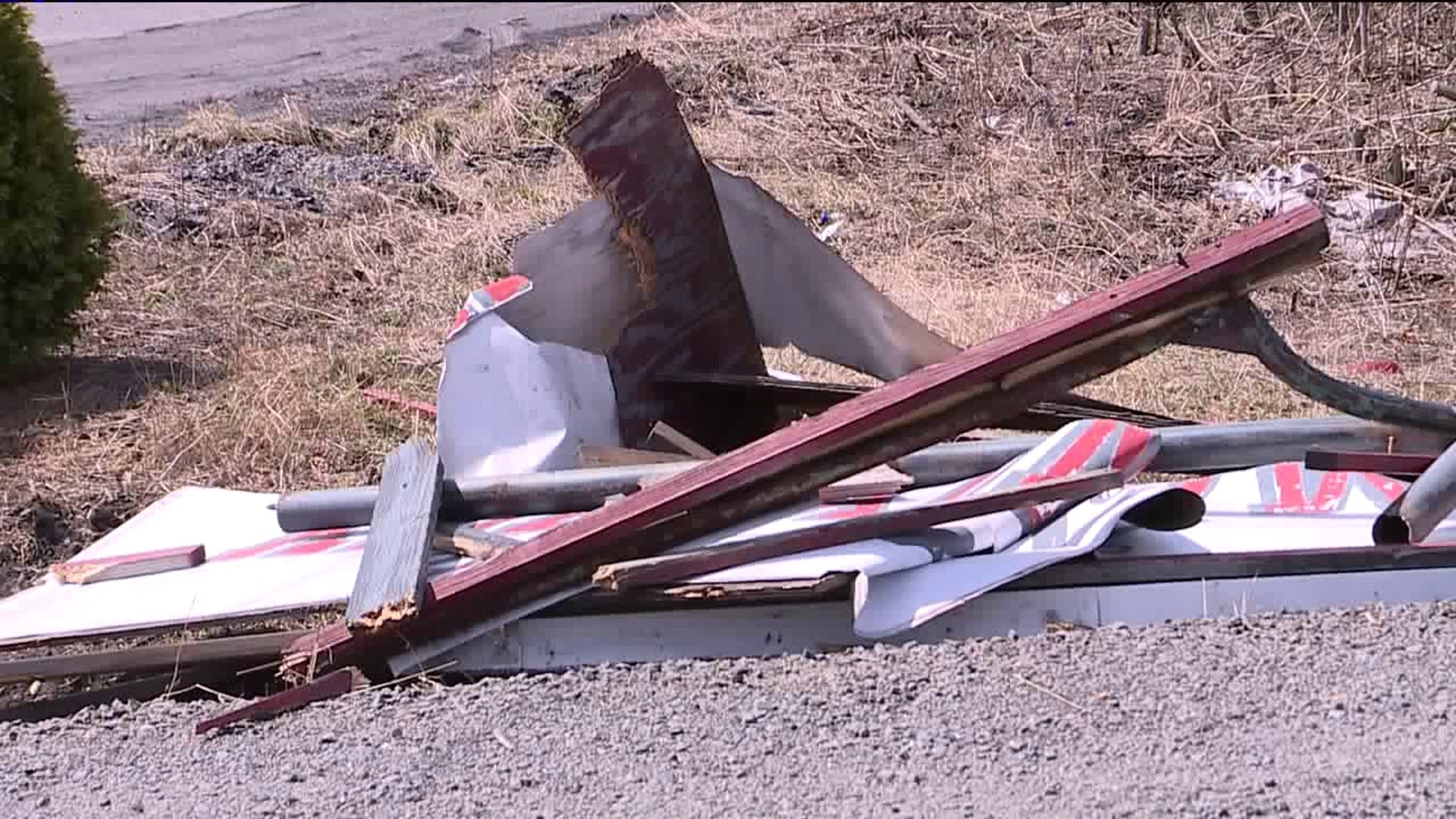 MAHANOY CITY, Pa. -- One day after police say a drunk driver drove his car into a sign welcoming people to Mahanoy City, there's not much left of the sign.

It is now mangled after police say John Blashock barreled into the sign with his car Wednesday morning.

Joseph Grutza was one of the first to arrive at the scene. He owns a business nearby and was told about the incident by a woman who says she was driving behind Blashock.

"The car was pretty bad. He took out the whole sign, and actually, he was a very lucky man. There was a piece of wood in the passenger side window right through the seat. Thank goodness it missed him," Grutza said.

Police say the driver was traveling along Route 54, crossed the road, going against traffic, then ran into the sign to the left.

He looked like he was in a daze," Grutza said.

"Controlled chaos, I'd say. Police officers did a good job taking care of it and they responded pretty quickly, and they took him out," said Tiboni.

Police say Blashock was already driving on a suspended license.