Flames tore through five of the homes; two others nearby were damaged by heavy smoke. 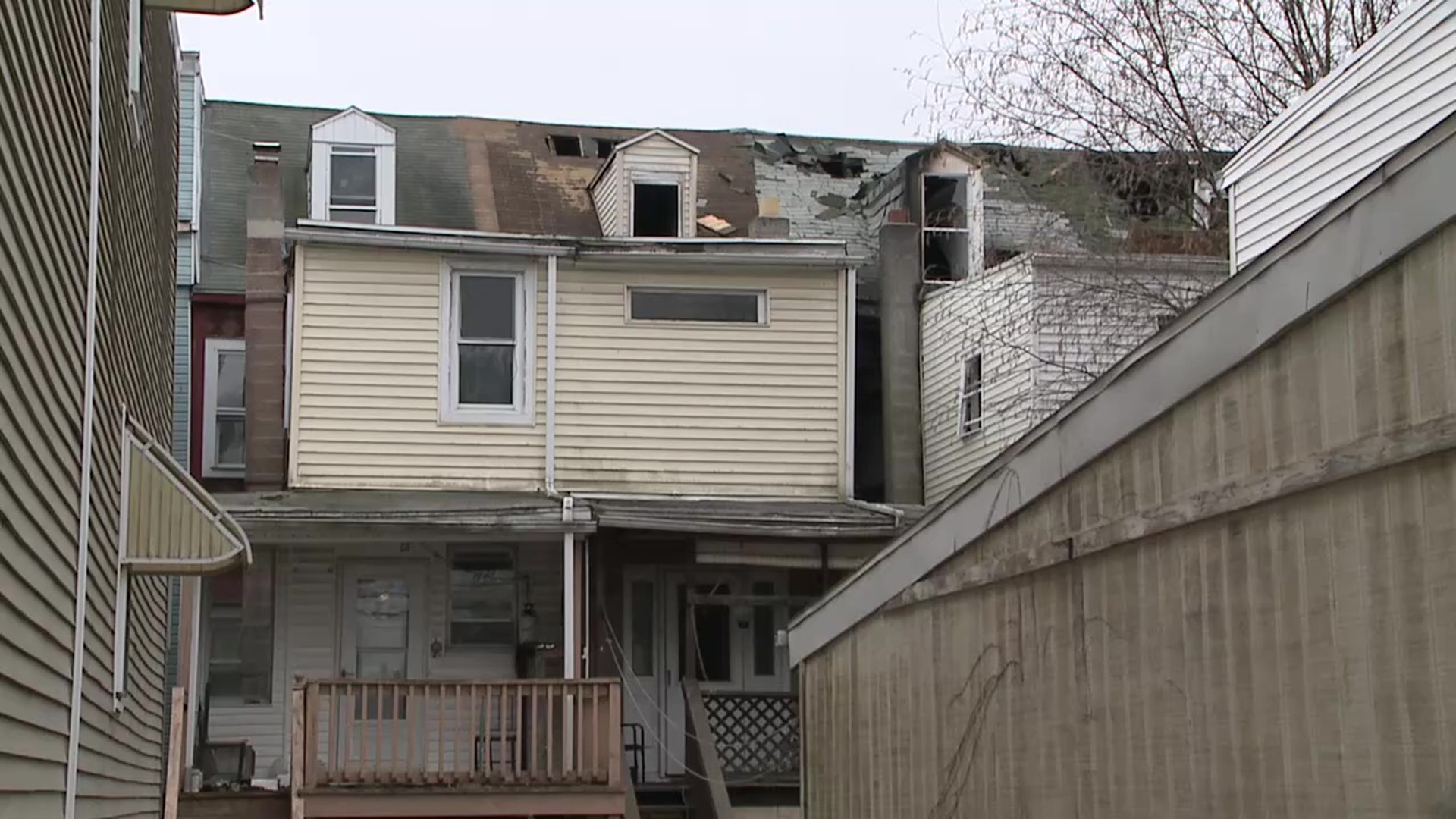 "Woodframe buildings, it doesn't take very much. It's like a matchbox to a match stick," said Billy Boyle of Mahanoy City.

Boyle saw the fire that damaged seven homes on East Pine Street that started around 6:30 p.m. on Saturday.

Flames tore through five of the homes. Two others nearby were damaged by heavy smoke.

"Seeing the fire move from one house to the other, the guys getting up on the roof to cut holes in the roof to let the fire breathe, that pushes you to your limit," said one of the homeowners.

The homeowner, who did not wish to be identified, feels grateful he was only forced to leave for one night since five other families are still displaced.

People who live along East Market Street, which runs parallel to East Pine Street, saw the flames coming out of the back of the homes and went to alert people inside.

"When I come to the door, she said, 'Kathryn, hurry up and get out the place is on fire.' So, I grabbed my puppy, and some of the neighbors helped me get out, and I went," said Kathryn Price.

Another woman says she was terrified as she watched fire pour from the rooftops, but she says she felt relieved she noticed there were no lights on inside the home.

"Because when they're home, their kitchen light is always on, but they're usually out for the evenings," said Tange Berresford. "But their three children are very small."

Nobody was hurt in the fire, and at least five fire companies responded.

"And they weren't playing any games. I've seen fires where the house got leveled. These guys have been good cbeause they're still standing," Boyle said.

A state police fire marshal has been called in to determine the cause of the fire.