POTTSVILLE, Pa — A Purple Heart was lost but now it’s found a new home in Pottsville at the Schuylkill County Historical Society. “I was ecstatic! Somethi... 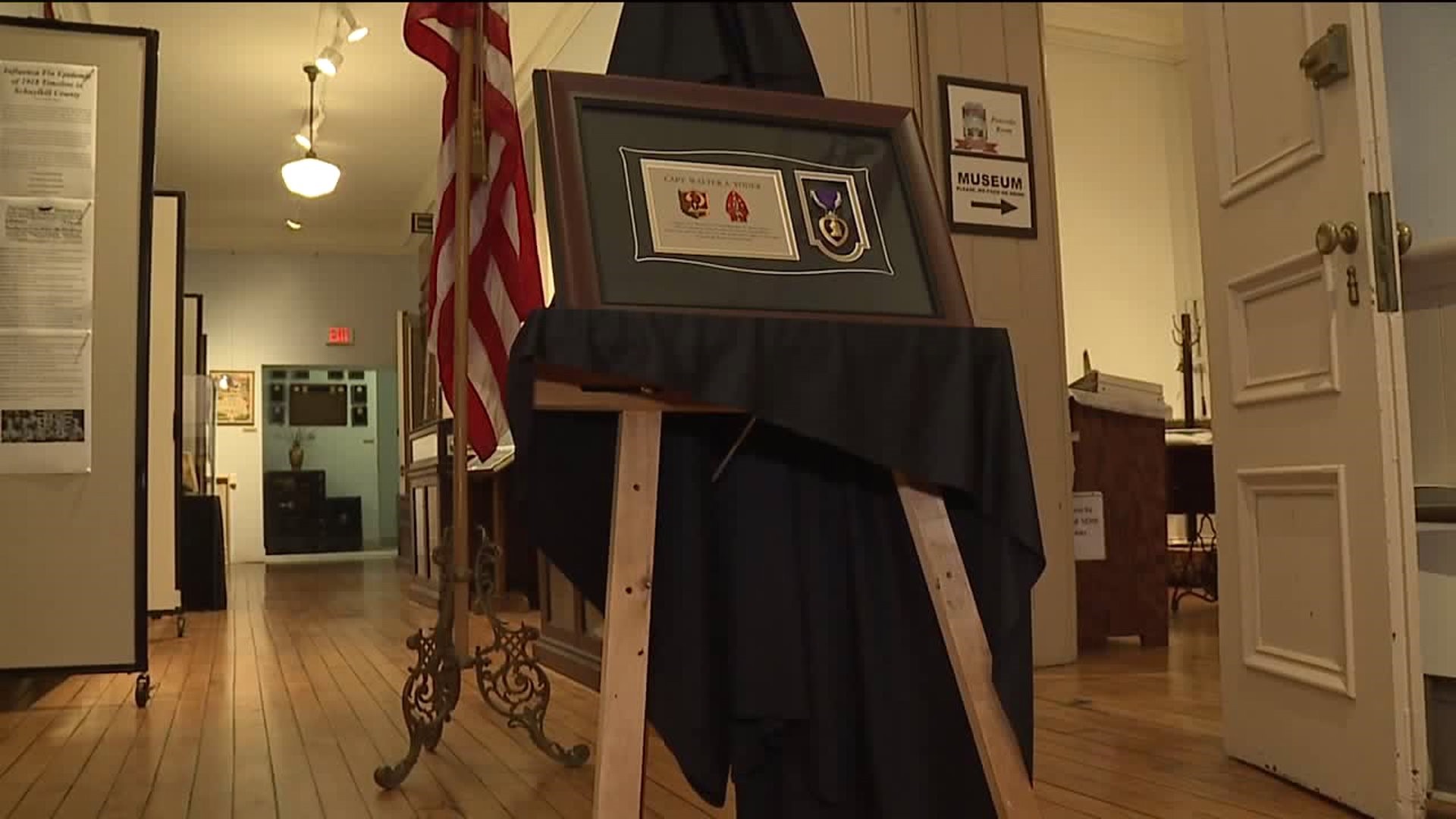 POTTSVILLE, Pa -- A Purple Heart was lost but now it’s found a new home in Pottsville at the Schuylkill County Historical Society.

“I was ecstatic! Something like this doesn't happen every day,” Executive director Tom Drogalis said.

The man who earned the military medal of honor is Marine Captain Walter Yoder. The Port Carbon native was hurt during the battle of Guadalcanal on the Solomon Islands during World War II.

He moved to California before he died in 1970. The medal went missing until researchers at Purple Hearts Reunited got a call from a woman in the Golden State.

“She stated that when her grandfather had passed away they were going through his house and they found the Purple Heart in his house but she just asked that we take care of it and find its rightful home,” Jessica Jaggers of Purple Hearts Reunited said.

The Purple Heart had quite the journey. After it was found in a home in California, it was brought to the non-profit in Vermont, and then it made its way home to Pottsville.

“Schuylkill County is like most of the other places in Northeastern Pennsylvania. We're very proud of our heritage, but it's really nice to see this happen and come back to the society,” Drogalis said.

Captain Yoder’s family felt his memory would really live on if it was on display at the historical society.

“History is not always in the past. We want to share this with younger generations to find out about the service of men and women who lived in the county before them,” Drogalis said.

You can check out the display Wednesday through Saturday at the historical society.