Lighting Up Part of Schuylkill County Since 1965

SCHUYLKILL TOWNSHIP, Pa. — One man has carried on a family holiday tradition, started by his father in the 1960s, to bring some joy to people in Schuylkil... 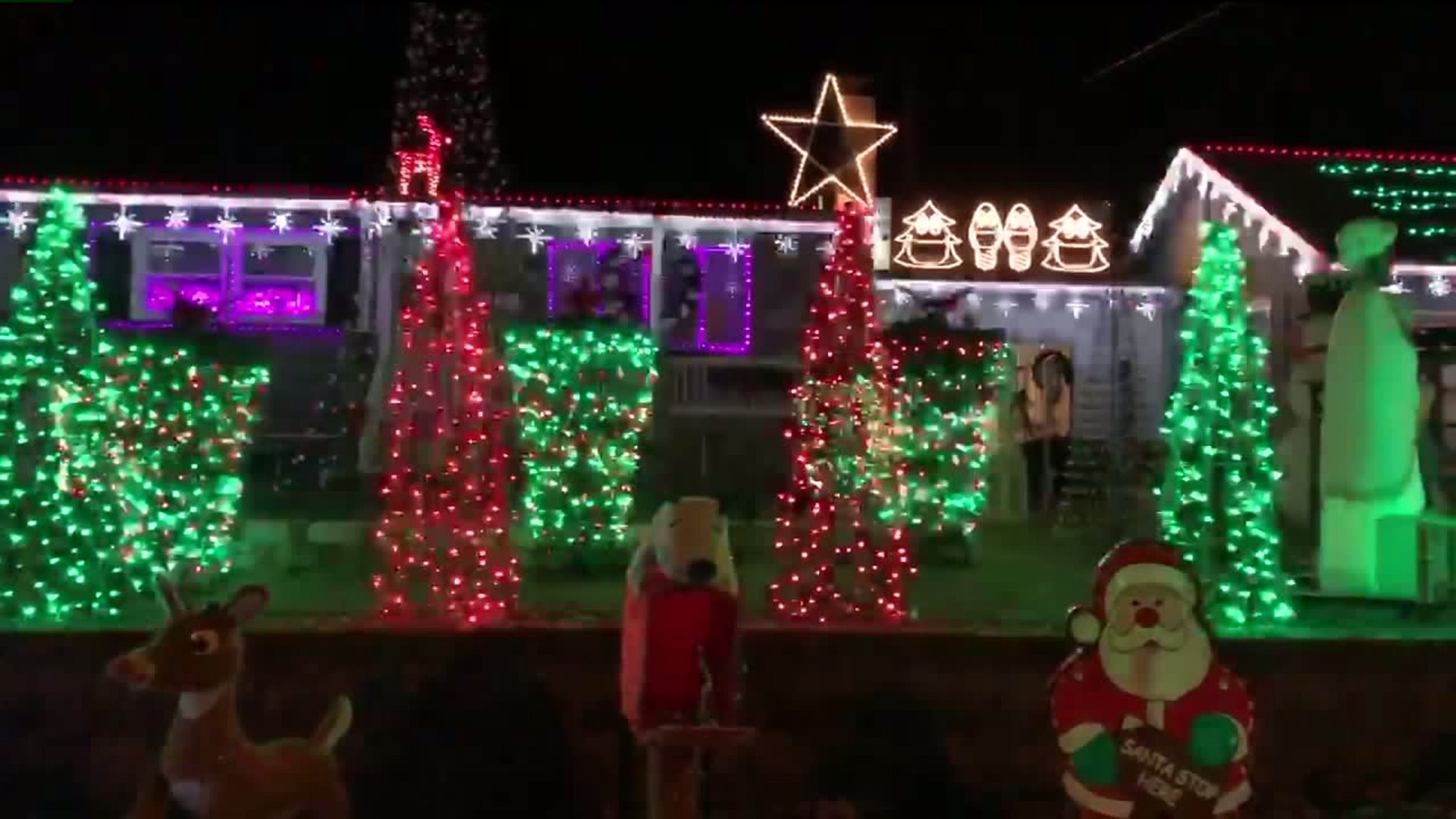 SCHUYLKILL TOWNSHIP, Pa. -- One man has carried on a family holiday tradition, started by his father in the 1960s, to bring some joy to people in Schuylkill County.

When you pull up to Frank Fabrizio's house off Route 209 in Brockton, you can see that he goes all out decorating for Christmas, but the daytime doesn't do this display any justice.

"This display started back in 1965 with my dad. He just started decorating, and I just started taking over, and now, we're like 115,000 lights," Fabrizio said.

Over time, it's turned into one of the more impressive Christmas lights displays in all of Schuylkill County. It's one that attracts thousands of visitors every holiday season.

"I never really thought it would get this big. This year is the biggest expansion we've ever had. In 2008, after my dad passed away, I went to my neighbors and asked them if they wanted to do their doors, windows, and roofs in memory of him, and as you can see, they're all done exactly the same as ours."

It takes Fabrizio about three months to set everything up so that the display is ready to go on Thanksgiving night.

"The LED display mode was in Florida. I knew a guy who had it down there. He called me up and said, 'Hey, I'm selling my display, would you like to buy it?' So I flew to Florida and drove the entire thing home," Fabrizio said. "It is a lot of work, but I think what keeps me going is, now it's at the point where people are coming here that used to bring their kids and now their kids are bringing their kids."