POTTSVILLE, Pa. — People on both sides of the issue had room to speak inside the Majestic Theater in Pottsville. In front of Lieutenant Governor John Fett... 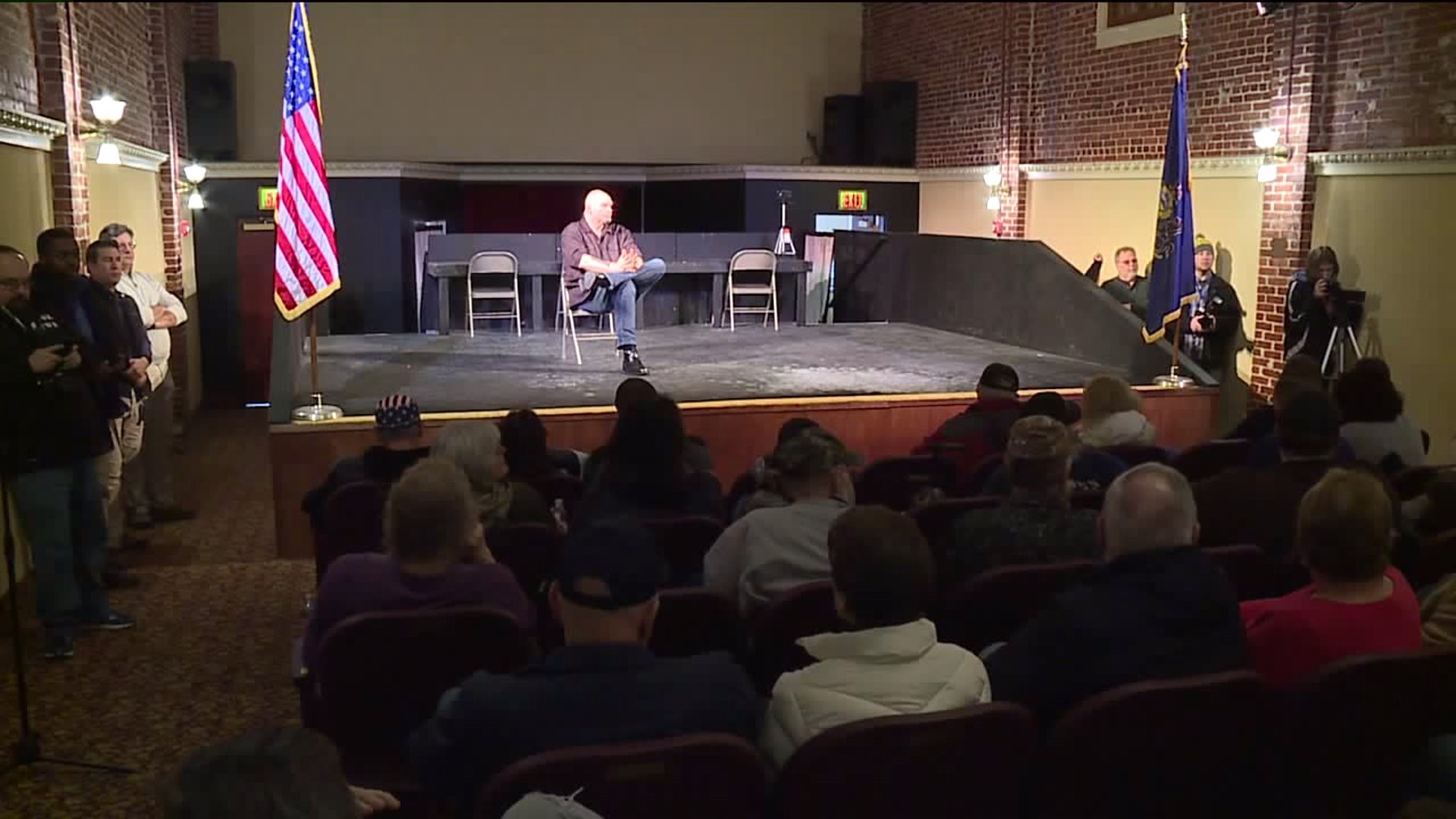 POTTSVILLE, Pa. -- People on both sides of the issue had room to speak inside the Majestic Theater in Pottsville.

In front of Lieutenant Governor John Fetterman, they shared stories as well as concerns over the potential legalization of marijuana in Pennsylvania.

“I believe it would be a good thing we talked about prison and how prisons turn a profit being run by corporations and by legalizing marijuana that would take ammunition from them,” said Josh Hubler, Ashland.

Pennsylvania is one of 33 states that have legalized medical marijuana, so far 10 states allow recreational use.

"Cannabis has a lot of uses, I thought we could bolster our agriculture around he and make it a cash crop for farmers and maybe revitalize our industry,” John Hubler.

Some people came out just to clear the air of what legalization could mean for their communities.

“I am not for it or against it but I want to know what is happening in the other states is it an increase in crime or drug use that sort of thing,” said Martin Smith.

The State Auditor General estimates legalization and taxation of marijuana could bring in an estimated $580 million for the state.

“We have our neighboring states in New York and New Jersey considering it so I think it is important that we have this conversation face to face on this critical issue,” said Lieutenant Governor John Fetterman.

“It is appearing that new jersey will go in favor of legalization and I am worried that if legalization happens in the area and we are not apart of it we will lose the possible tax revenues that could be as a result of that,” said Kevin Korowicki.

The Lieutenant Governor's listening session wrapped up around 6:30 p.m.