A family in Schuylkill County says they discovered a letter from World War II in the walls of their basement. they reached out to Newswatch 16 for help. 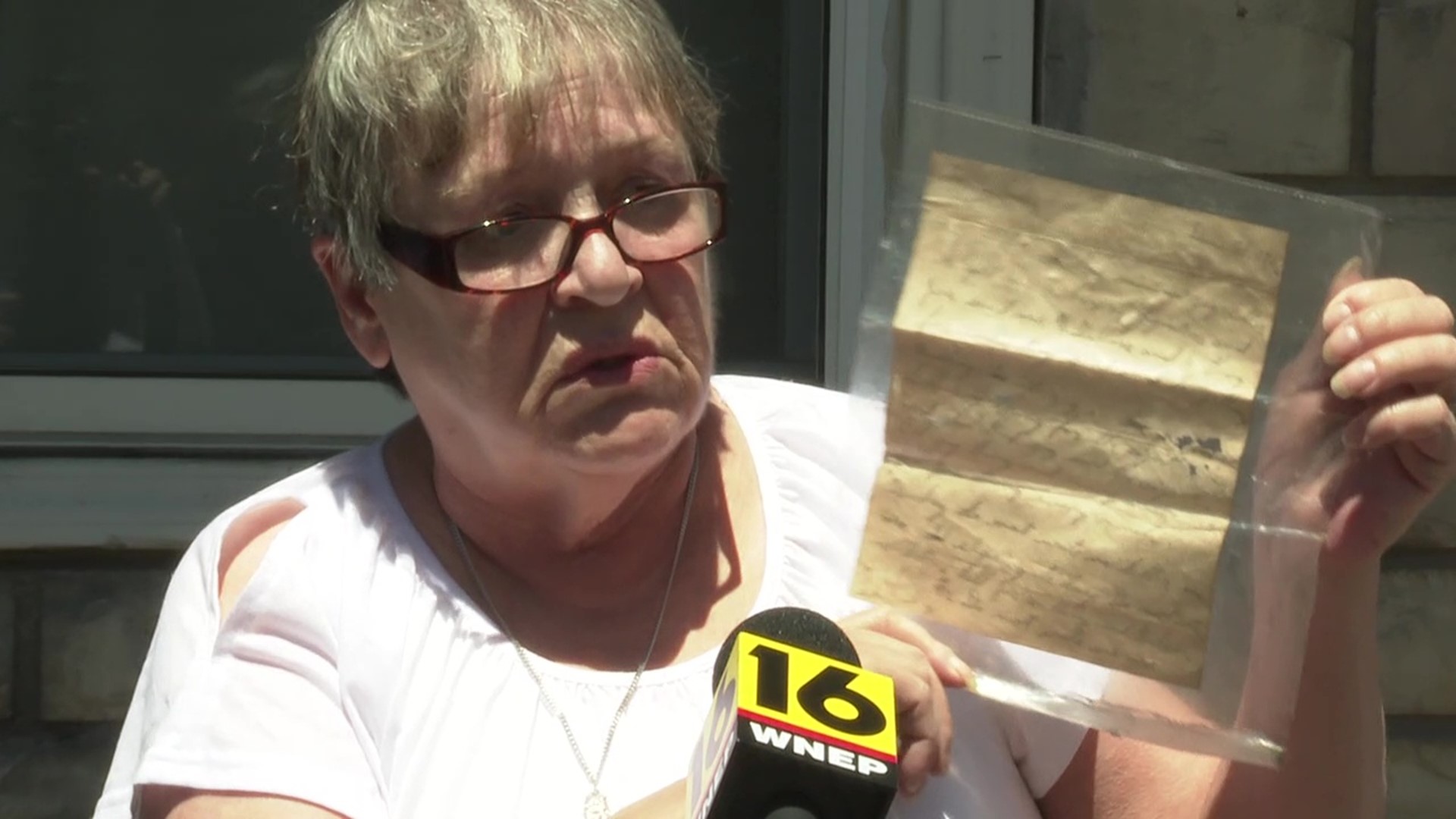 SHENANDOAH, Pa. — A family in Shenandoah made a remarkable discovery last month. Eileen Pfaff has lived at 209 West Mount Vernon Street for 16 years, but the piece of history found in her home dates back much further.

"I was really surprised. My son was even more surprised about it. He was reading it."

Pfaff's son Michael Killkenny was working in the basement one day and uncovered a letter from the World War II era preserved in plastic.

"A stone fell out of the wall in the dirt, came out, and he saw this plastic sticking out. He dug down, and here it was a letter from 1942."

The letter addressed to "Mickey" is dated December 31, 1942. It appears to be from a soldier writing home to wish his family a Merry Christmas and a happy new year. The letter also warns Mickey not to write again because "we are shipping today."

Since finding the letter, Pfaff and her son have been looking for last names inscribed in pencil on it, hoping to identify who it might belong to.

The handwriting is difficult to make out, and the letter has some holes in it, but Pfaff has been able to make out the names "Butch" and "Charna." The letter is simply signed, "Brother John."

Pfaff knows the letter means something to the soldier's family, wherever they may be.

"This is really important to us for the people to find who this Mickey is, if he's still alive, so his family can have this. It would mean a lot to me. It would bring tears to my eyes," Pfaff said.