POTTSVILLE, Pa. — A group of veterans in Schuylkill County was honored Friday for serving our country 50 years ago. A table at the event held 30 medals ho... 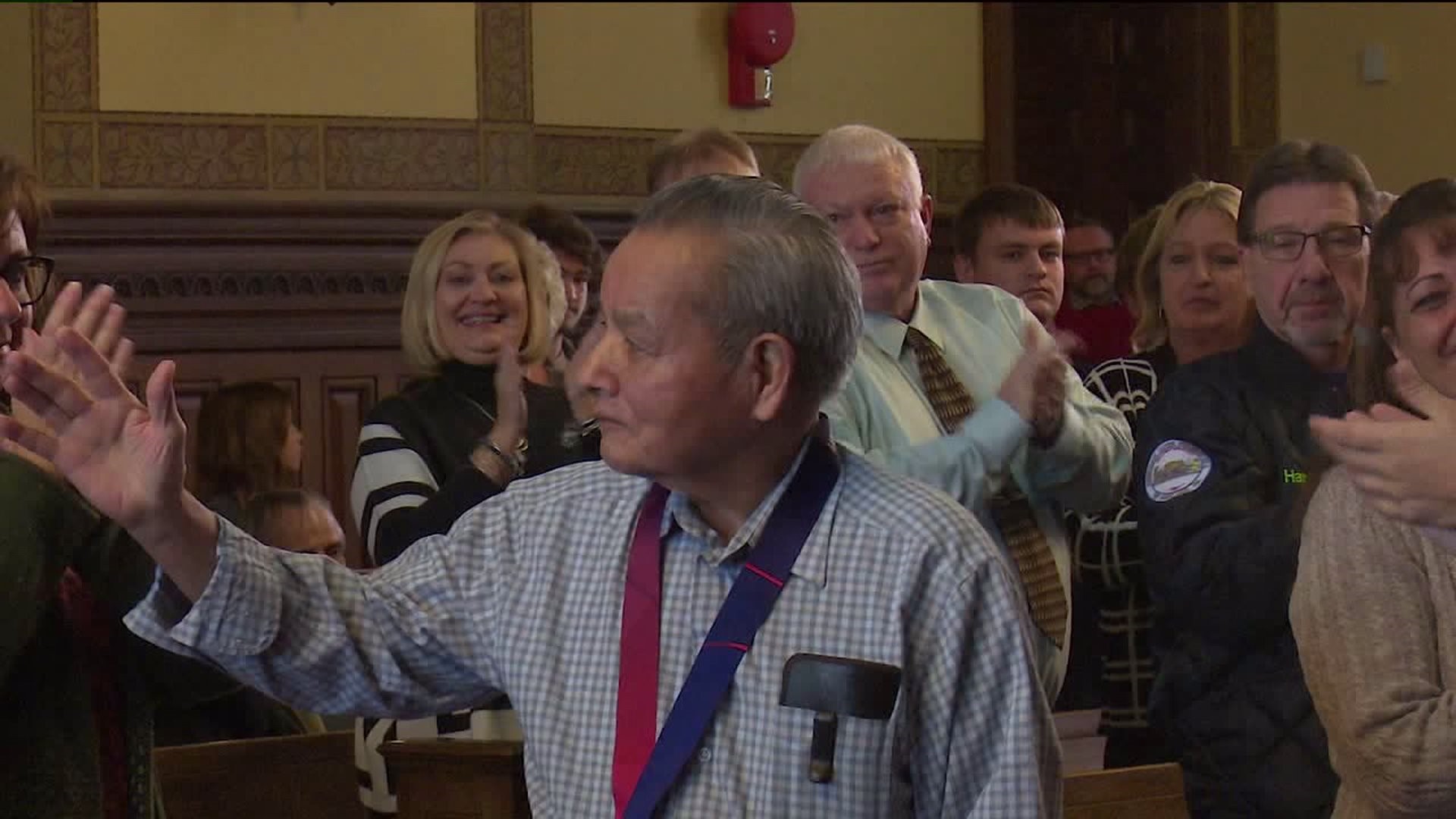 POTTSVILLE, Pa. -- A group of veterans in Schuylkill County was honored Friday for serving our country 50 years ago.

A table at the event held 30 medals honoring those who served in the Korean Conflict in the 1950s.

Some of those veterans still with us today.

"I couldn't be prouder," said William Madrigal, son of a veteran.

Others who have passed on.

"I really wish my father could have been here to see this," said Mary Jo Grube, Saint Clair.

Sisters Mary Jo Grube and Claire Derk brought their father Sgt. George Smith's photo with them accepting the Ambassador of Peace Medal on their father's behalf.

"Emotional, very emotional, when they put the medals around their necks and shook their hands, I teared up," said Grube.

One veteran in the room served not only in Korea but in Vietnam and in World War II.

Happening now: @SenToomey honoring veterans of the Korean War with the Ambassador for Peace Medal in Pottsville this morning. @WNEP pic.twitter.com/ax0YHA1jFI

Madrigal's son William was emotional after seeing his father receive his medal.

"Him being in the war, I can remember being a little kid and him going away for a year in Korea and not having him home. It's still tough to take," said William Madrigal.

And while the 93-year-old is already an American hero, he is currently fighting his toughest battle, an unfortunate consequence of his lifetime of service.

Despite the difficult road ahead, Sgt. Madrigal, still humble when it comes to his service, was at a loss for words when asked what it means to be a veteran and what called him to service all those years ago.

"I find myself stumped for words, it's just so much. I can't really break it down," said Rafael Marigal.