EAST BRUNSWICK TOWNSHIP, Pa. — A tree farmer in Schuylkill County says this has been the worst season of weather in his four decades in the business.  And... 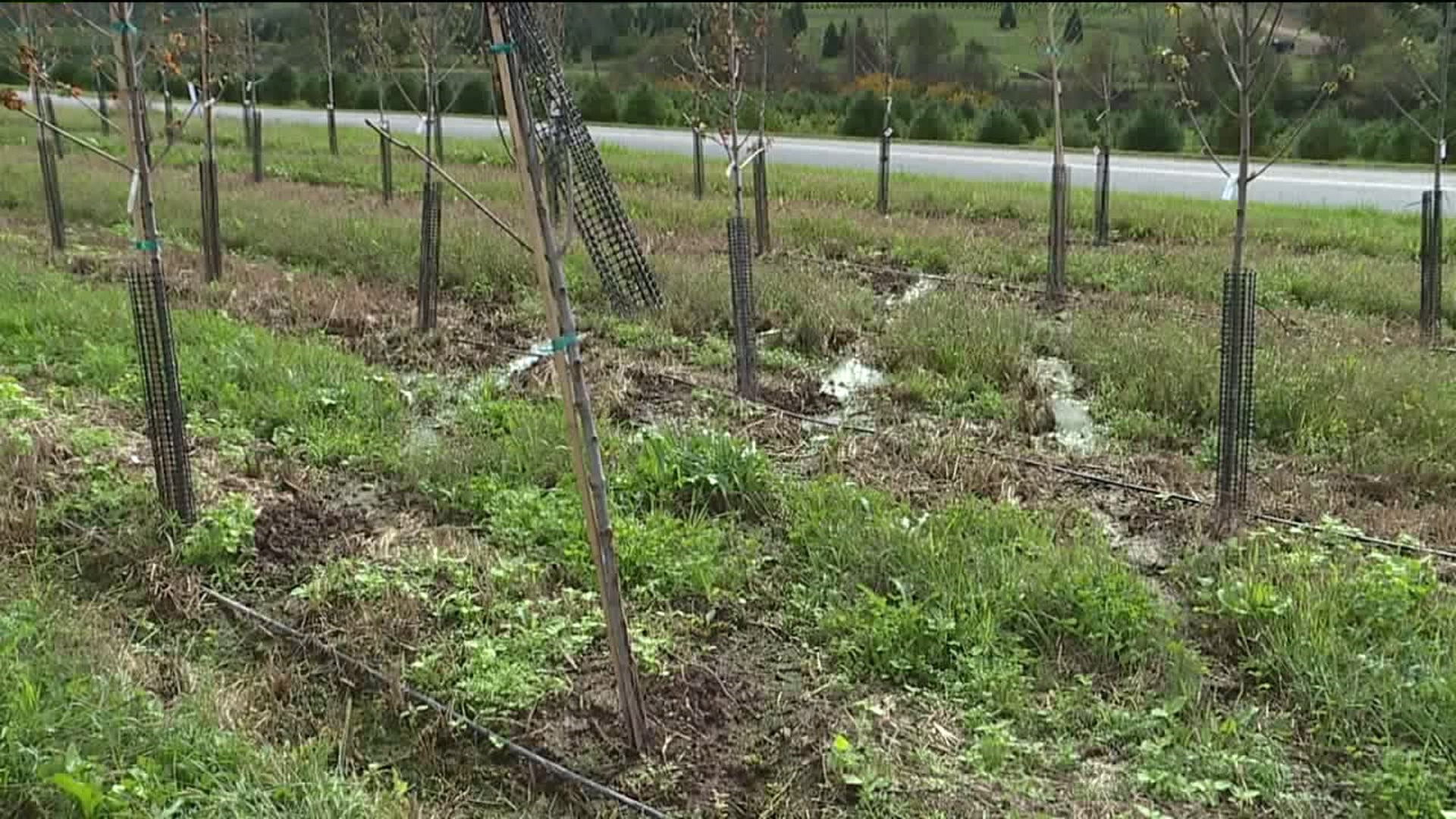 EAST BRUNSWICK TOWNSHIP, Pa. -- A tree farmer in Schuylkill County says this has been the worst season of weather in his four decades in the business.  And to make matters more difficult, over the weekend, a wild driver took out several trees with a vehicle.

Wearing his cowboy hat and a custom belt from Mexico, Jeff Hill drove his four-wheeler around his tree farm on this day with plenty of energy, but he says this season has been a rough one because of poor weather, and now, a reckless driver.

Skid marks and tire tracks indicate the damage done over the weekend.

"It was probably late Sunday night. They could not make the turn up here, flew in through my trees and ran them right over. It's really a shame they didn't stay sticking there because then, we would've had the culprit on track," owner Jeff Hill said.

Hill says a vehicle failed to navigate a curve on West Rauschs Road, ran over his irrigation system, barreled a couple hundred feet into a tree field, and drove off.

"Somebody, I think, was having too much fun Sunday night at my expense," Hill said. "How they got the car out of here, I'll never know, but they got it out. What a shame."

That's not the only problem Hill is dealing with. He tells Newswatch 16 he's been tree farming for 40 years, and this has been, by far, the wettest season yet. He's lost thousands of dollars' worth of trees in low-lying areas because of rain.

"We also do 200 acres of hay and our second cutting hay is still out in the field because you just can't make it. You cut it and it rains on it -- just an impossible year."

Hill adds that vehicles slide into that part of the farm about once every three years. He's now thinking of putting in a steel structure there, to avoid further damage.