FRACKVILLE, Pa. — In February of 1924, Calvin Coolidge was just starting his term as our nation’s 30th president, and the first Winter Olympics were... 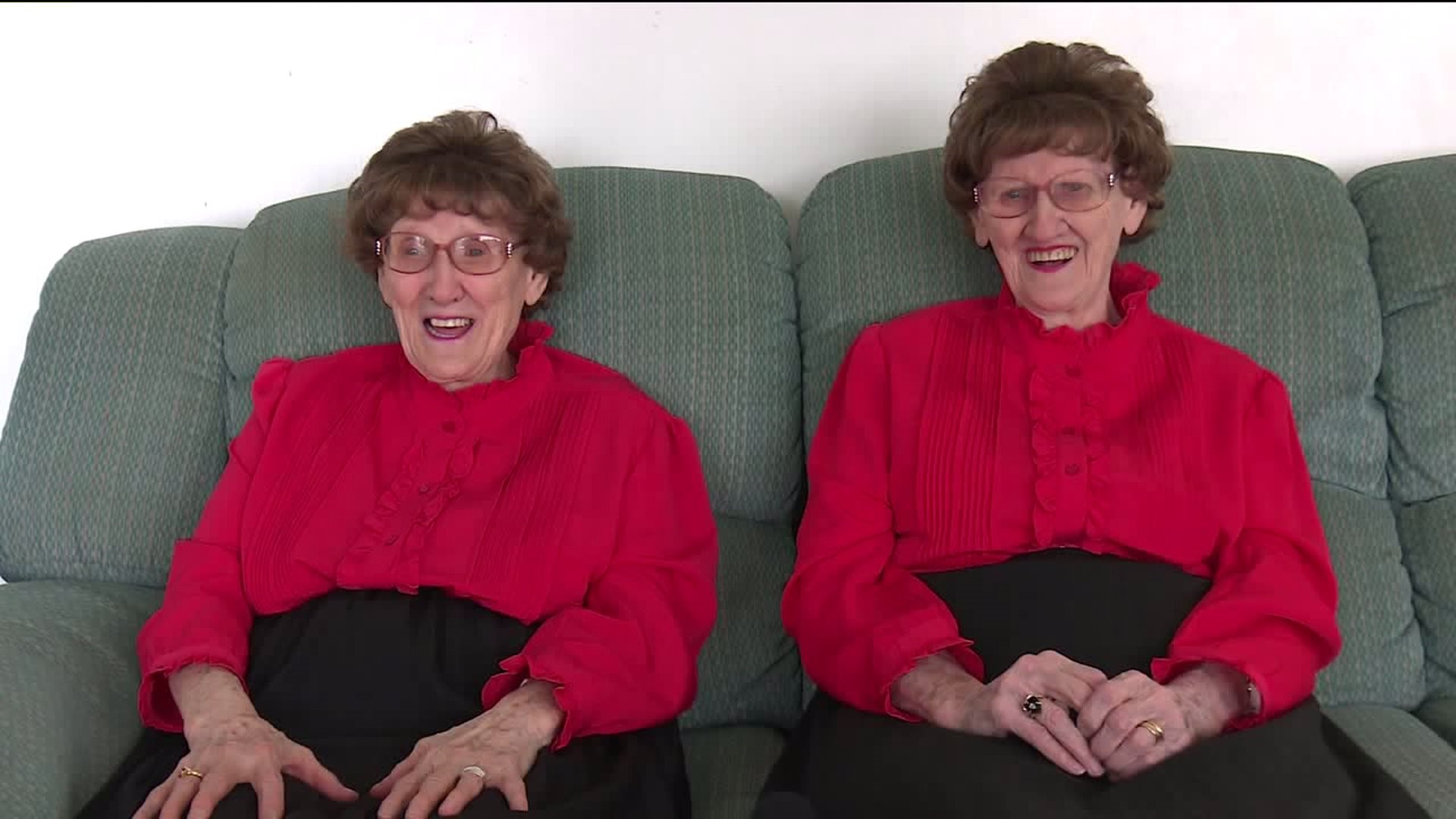 FRACKVILLE, Pa. -- In February of 1924, Calvin Coolidge was just starting his term as our nation's 30th president, and the first Winter Olympics were held in France.

That's also the year identical twins Leah Robbins and Lila Garber from Schuylkill County were born, and Tuesday, they celebrated their 95th birthday.

"I feel wonderful," Lila said. "It seems like a fairyland to be alive at 95 with my twin (along) side of me. We're always together."

Lila and Leah are identical twins. The matching outfits might give that away, same shirt, same dress, same glasses, same shoes. And this power duo is celebrating their 95th birthday.

"Oh, she's the world to me. I don't know what I'd do without her because she's there for me all the time. Whenever I need her, she's right there," Leah said.

The twins were born on this day in Frackville all the way back in 1924. The longest they've been separated is five years when Lila moved to California with her husband in 1951. For the past five years, they've been roommates together at Leah's house in Frackville, both 100 percent healthy.

"That's one of the best things in the world, to have a twin that adores you like you do them. And we are always together in thought and mind," Lila said.

Leah said there's nothing better than being healthy.

"As long as we're healthy, we love one another, and we're being together," Lila added.

The twins say their secret to long life is they were never partiers.