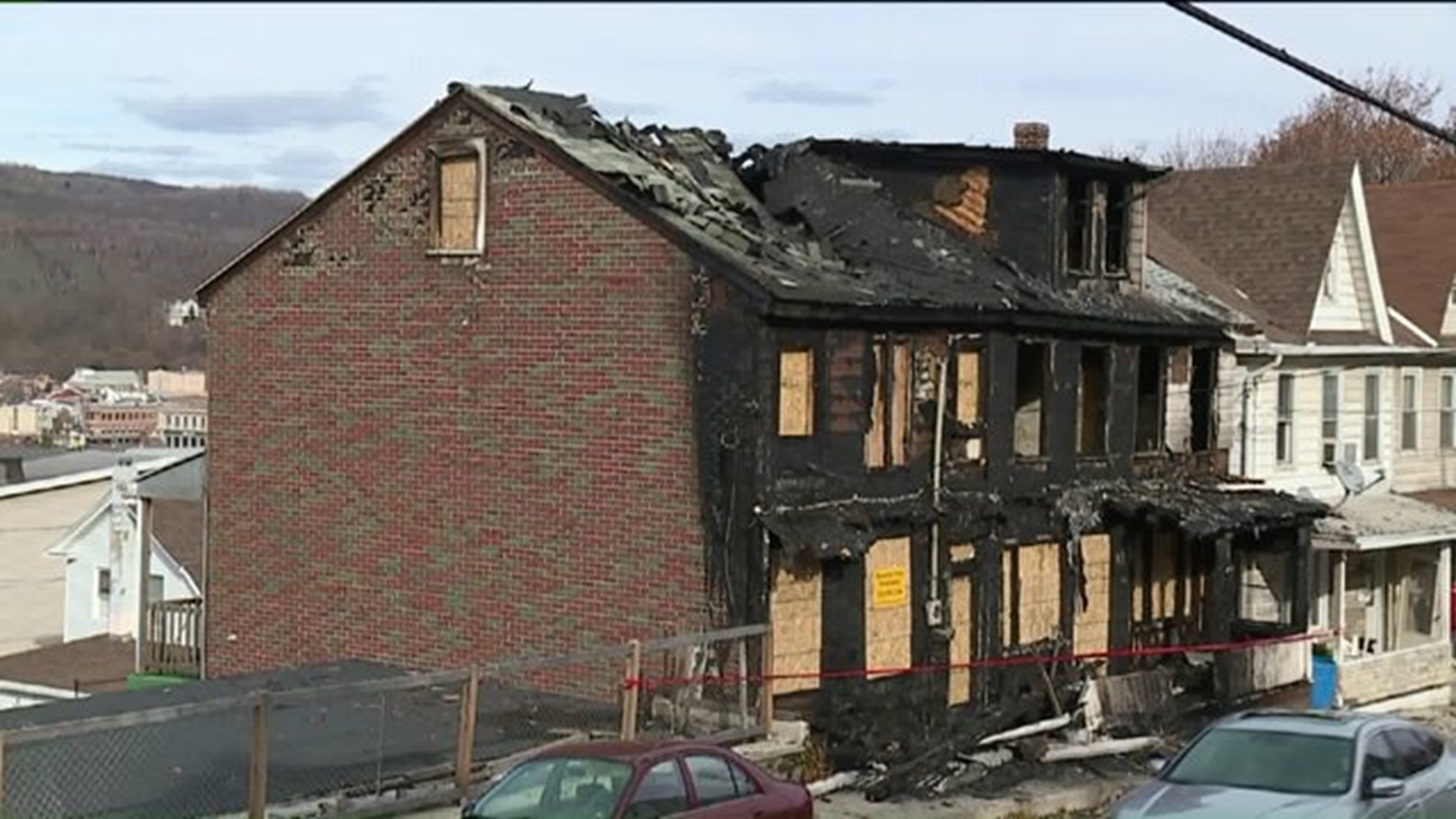 The fire started around 8:30 p.m. and forced victims to scramble onto Orwigsburg Street.

Officials say the two row homes that were gutted by that fire will have to be torn down. Many folks who live there are feeling thankful that more homes were not destroyed and nobody was seriously hurt.

The fire was intense enough to destroy two vehicles parked nearby and melt siding across the street.

Officials say the blaze started in number 129 which is the only home Matt Oliver ever owned. A day later firefighters took him inside what was left. "They basically told me I am lucky to be alive," he said.

Oliver adds that the flames were so intense he ran outside before he could even get dressed, and immediately started banging on his neighbor's door.

People quickly brought Oliver blankets and clothing as the grandmother and son who lived next door escaped.

Oliver said, "My personal belongings, everything I had, these clothes are borrowed, I basically have nothing."

While the fire swept through two row homes, crews did everything they could to keep the flames from spreading to another pair of homes just a few feet away.

As her room filled with smoke, Arlene Yost refused to leave because she was worried about her four poodles.

"They said I had to get out, and said no I am not, and they said you are going, and they carried me out, two firemen," said Yost.

But while the Yost family is dealing with smoke and water damage, they are now safely back home and are thankful for the firefighters' fortitude.

Yost added, "I am really glad that they came on time for this one."

People are reaching out to help. A local thrift shop is offering the victims clothing and housewares

Officials say the fire appears to have been accidental, but a state police fire marshal is being called in to continue the investigation.