PINE GROVE, Pa. — More than six and a half inches of rain fell in parts of Schuylkill County overnight. Many homes were flooded in the Pine Grove area. Ac... 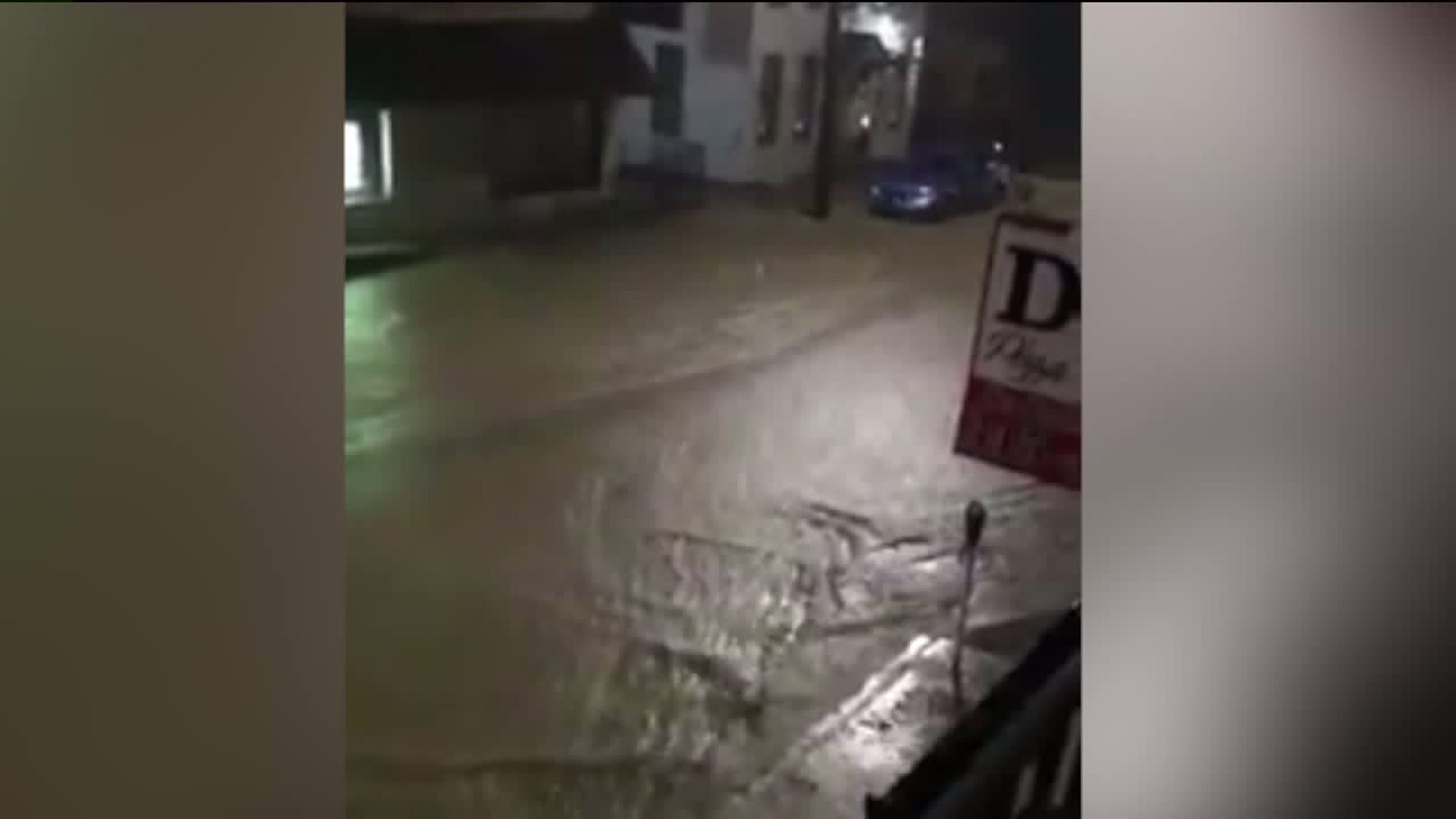 PINE GROVE, Pa. -- More than six and a half inches of rain fell in parts of Schuylkill County overnight.

Many homes were flooded in the Pine Grove area.

According to our Stormtracker 16 meteorologists, about a month's worth of rain fell in Pine Grove in less than six hours.

All that rain caused major flooding for homeowners.

Tulpehocken Street in Pine Grove looked more like a river than a road.

"It's a rare occurrence, but when it does happen, it's always pretty big," said resident Morgan Flick. "It got really bad and started filling our basement and then our yard. All the grass disappeared out there and it was really amazing how fast it happened."

Pine Grove is no stranger to flooding. The Swatara Creek, which runs through the borough is to blame.

Firefighters had to do five water rescues overnight, most of which were people who needed to be rescued from their cars.

They say, luckily, no one was hurt.

"Water's going by, they think they can make it through and they don't," said North End Fire Company Captain Anthony Kauffman.

After the water receded, everyone started the cleanup.

Some relief could be coming soon for Pine Grove.

Earlier this month, the state gave the borough a $3 million grant that would help reduce the flooding from Swartara Creek.