HOMETOWN, Pa — August is Pennsylvania Produce Month, and for farmers across northeastern and central Pennsylvania, harvest is in full swing. Summer Stehr ... 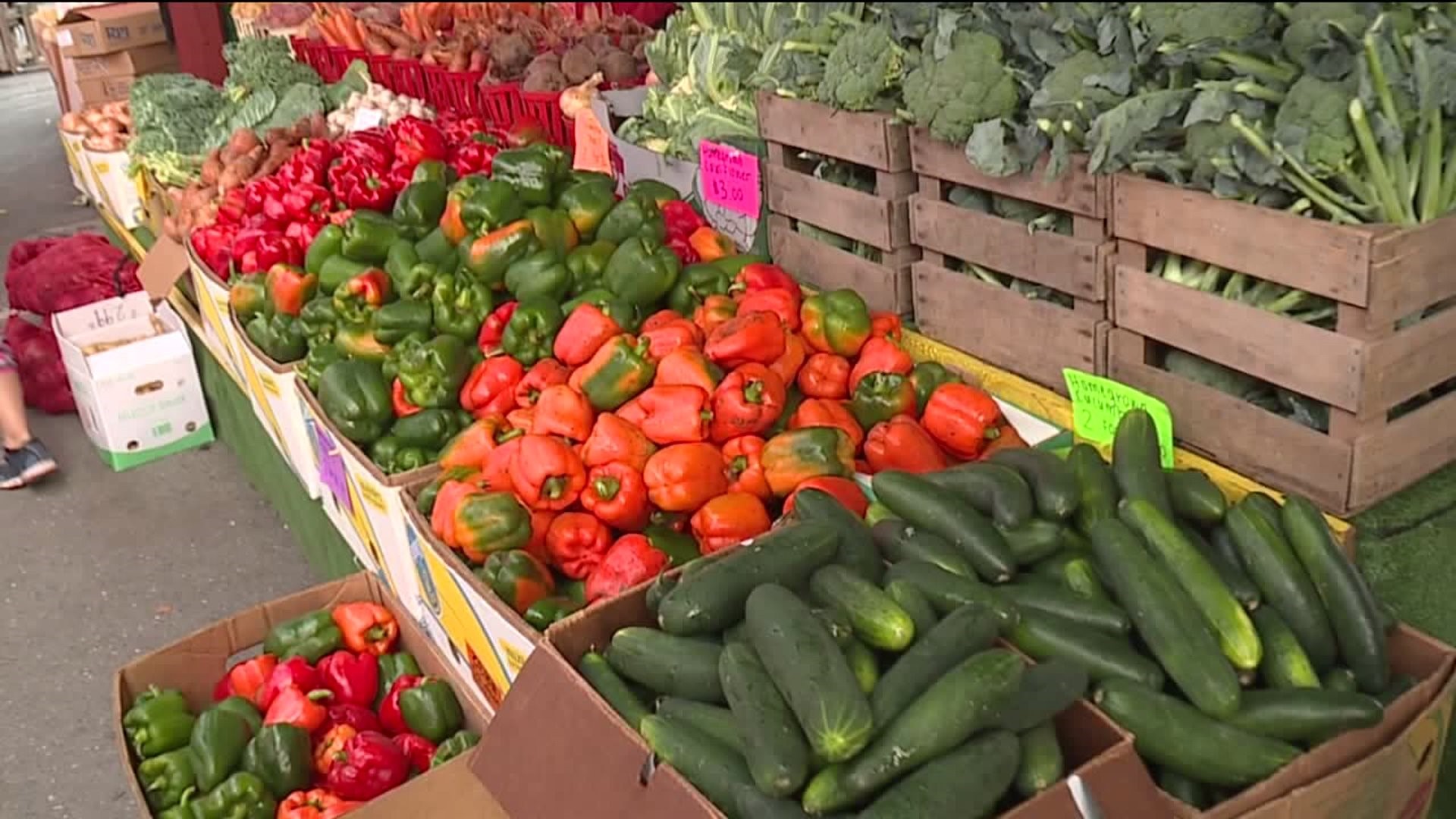 HOMETOWN, Pa -- August is Pennsylvania Produce Month, and for farmers across northeastern and central Pennsylvania, harvest is in full swing.

Summer Stehr has been working with her family at the Hometown Farmers Market for the last ten years, where Kenny Stehr and Sons sell their produce from Eldred Township. Stehr says that dramatic changes in the weather this season have proved a challenge.

"We started off really wet in the beginning of the season, but now we have to irrigation, so that always makes things a little harder. So we're waiting for a good rainstorm," explained Stehr.

Stand owners here at the Hometown Farmers Market admit this summer's unpredictable weather has had its toll on their prices.

"They want peaches one week and they're $3, the next week they're $5. Or vice versa. They want a case of tomatoes, it's $10 one week, $25 the next. It hurts. You have no consistency," explained Billy Webber of Bill's Produce in Schuylkill Haven.

Mother Nature also has an impact on the size of the produce.

Despite the uncertainty this summer has brought, farmers are already looking ahead to the fall harvest.

The Hometown Farmers Market is open year-round on Wednesdays from 8 a.m. to 8 p.m.