Hanging Up the Clippers after 61 Years

GORDON, Pa. — A Schuylkill County barber who’s been behind the buzzer and clippers for more than six decades is set to retire at the end of the mont... 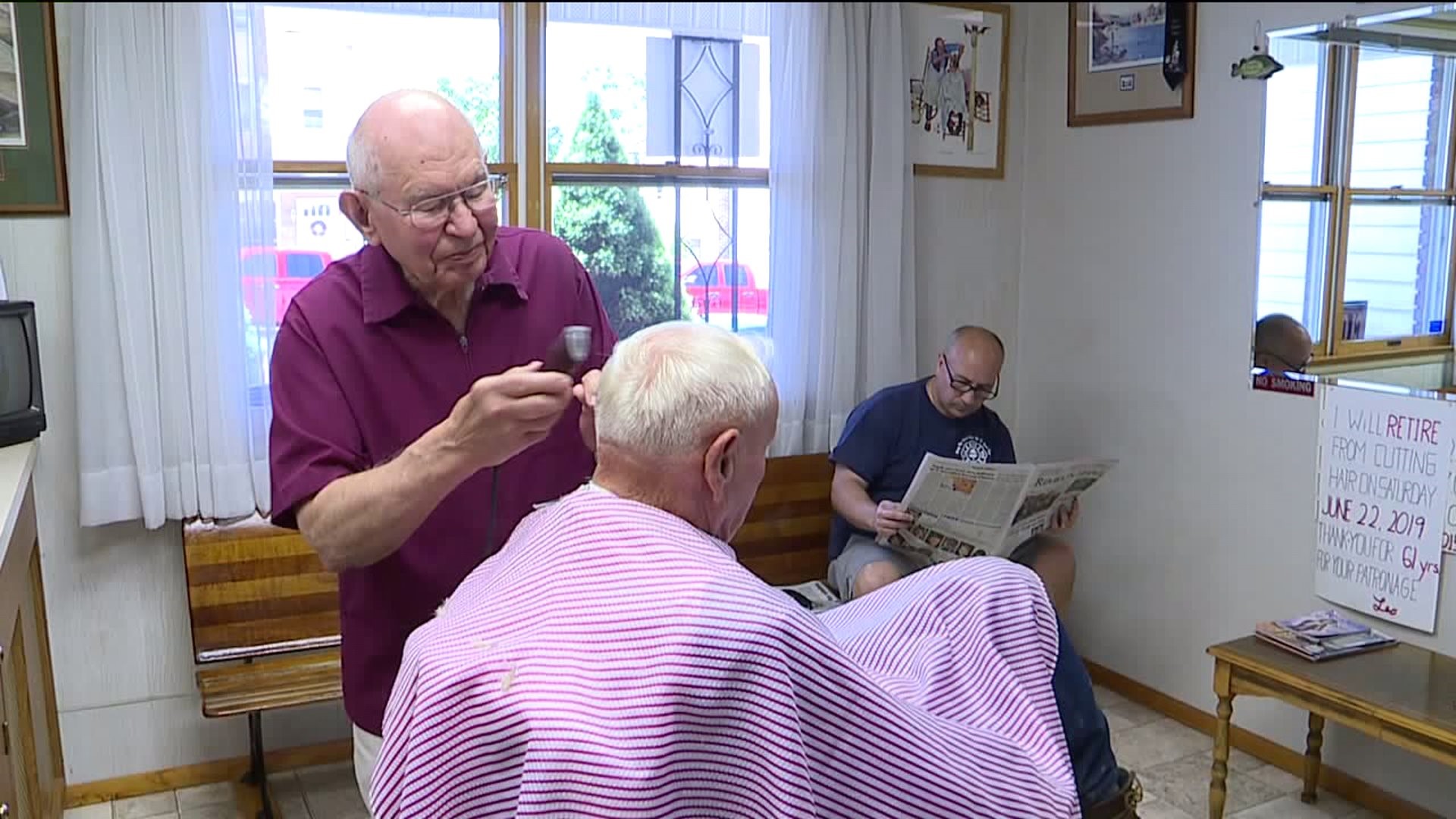 GORDON, Pa. -- A Schuylkill County barber who's been behind the buzzer and clippers for more than six decades is set to retire at the end of the month.

For decades, Leo Sokoloski has given a new meaning to working from home. For him, cutting hair from the barbershop in his house in Gordon is how he's made a living.

"Graduated from high school and I started college and quit. Then I got an apprentice license. I had to do something pretty quick then," Sokoloski said. "There wasn't much work around in the '50s, 1958. It was either that or the service."

Leo chose the barbershop over the battlefield.

After 61 years of cutting hair and thousands of customers, the 79 year old is calling it quits at the end of the month.

"I think it's time to throw the sponge in," he said.

"I'm 58 and I've had four or five different jobs. Just to do one job for that long, it's amazing and he's been on his feet for all that time," said customer John Snyder.

In 1963, Leo moved to Gordon and built his own barbershop inside his home.

Benches in the shop used to be at the old Gordon schoolhouse. His customers love the setting but appreciate the man more.

"He's just a nice guy, a nice guy to talk to and a good barber. I don't know where I'll go next," Ray Horan said.

Leo's father was a barber for more than 40 years and had his own shop in Ashland. His barber chair was there in the 1950s, then Leo brought it to this current location. His daughter-in-law just sold it on eBay and at the end of the month, it will be sent to Ohio.

And the customers say they were lucky to have Leo.