TAMAQUA, Pa. — Collin Atkinson is a firefighter in Pottsville. He’s run into burning buildings. He’s run a marathon. But running up and down 1... 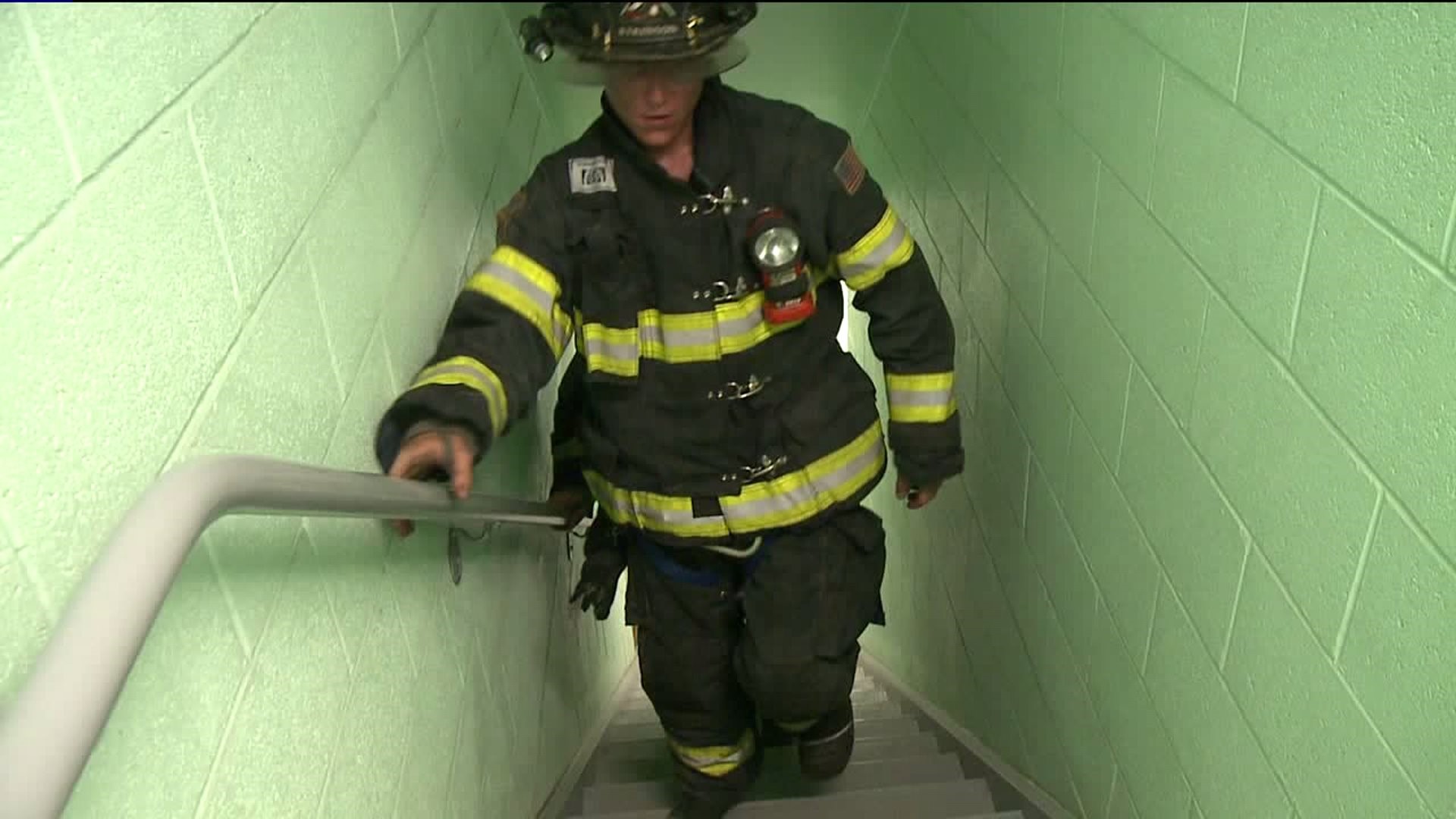 TAMAQUA, Pa. -- Collin Atkinson is a firefighter in Pottsville. He's run into burning buildings. He's run a marathon. But running up and down 15 stories at a senior high-rise in Tamaqua in 50 pounds of firefighting gear was a new challenge.

"You're tired. You get sweat in your eyes. 110 flights up will get to you no matter how good shape you're in," Atkinson said.

To achieve 110 flights, firefighters had to go up and down the 15 stories seven times and then up to the fifth floor and down to finish.

The number represents the 110 stories of the World Trade Center before it collapsed after the terror attacks of September 11, 2001.

"It's a good cause, but it takes a lot out of you. But as long as you have the heart, you can do it," said Ray Swartz of Tamaqua.

Each firefighter taking part wears the name of a firefighter killed in the line of duty somewhere in America in the last year, which keeps these stairclimbing firefighters going.

"They go through one, two times and go, 'Wow, I didn't think I was going to make it,' but they persist on and they're doing it," Connely remarked.

"Your legs start to get jello-y as you walk up and down the stairs, so this is getting to me a little bit," Atkinson said.

But wearing cards of dozens of fallen firefighters from around the US, nothing will keep him from finishing.

"It's a good feeling to the families to know that this is still happening, to know that we never forgot," Atkinson added.